Far-right nationalists, burning flares and carrying Polish flags, marched in large numbers through the streets of Warsaw on Friday to mark Independence Day, a yearly ritual that has turned violent in recent years.

Yearly has become one of the largest far-right gatherings in Europe. 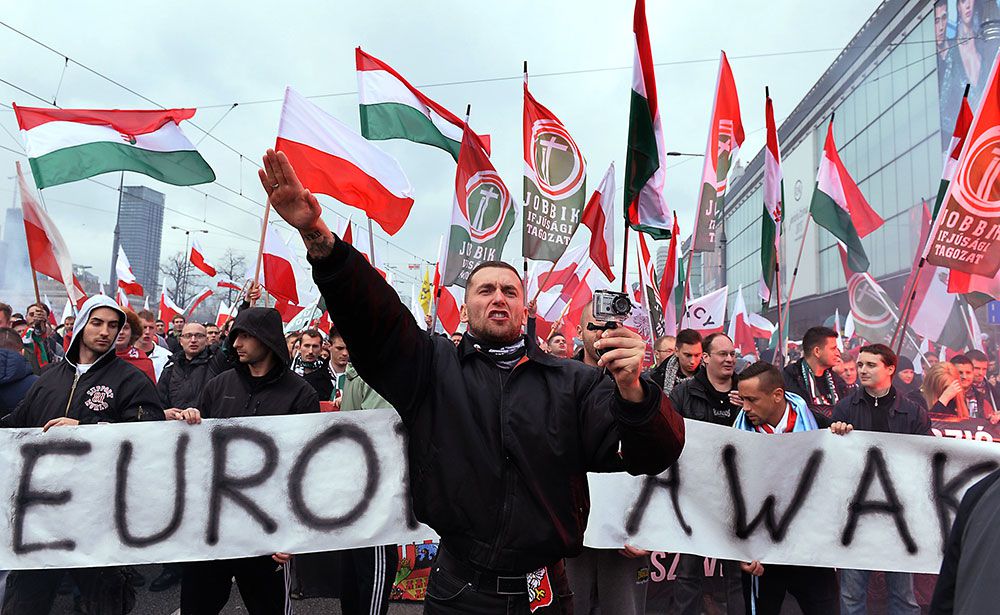 Polish and Hungarian far-rights on Independence March in 2015. Photo by AFP

One huge banner read “God, Honour, Fatherland”, a patriotic slogan. Others read: “Death to the enemies of the fatherland” and “To be a Pole, to be a Catholic is a privilege and honour”.

They also burned flag of Facebook claiming “No American corporations in Poland!”

See also: GRU (Russian military intelligence), were in contact with the MNA, a Hungarian neo-nazi organization