The President of Ukraine Volodymyr Zelenskyy and the Prime Minister of Montenegro Dritan Abazović signed the Joint Declaration on the Euro-Atlantic Integration of Ukraine on December 5, 2022. Source: The press service of Ukraine’s President During the negotiations in video format, the President told the head of the government of Montenegro about air attacks by Russia on the territory of Ukraine, which once again proved that the Russian military-political leadership has no intention of stopping its aggressive actions. The President called on the Parliament of Montenegro to join the parliaments of other countries in recognizing Russia as a sponsor of terrorism. The head of state also expressed gratitude to Montenegro for strong political support and significant practical assistance provided to Ukraine. He highly appreciated the consistent accession of Montenegro to all the sanctions packages, adopted by the European Union against the Russian Federation. Volodymyr Zelenskyy separately thanked Montenegro for the military-technical assistance provided to Ukraine, which is extremely important for strengthening Ukraine’s defense capabilities. “The interlocutors discussed in detail the issue of European integration of Ukraine and Montenegro as candidate countries for accession. The President and the Prime Minister emphasized the need for practical cooperation in the context of Ukraine’s preparation for the next stage – the start of pre-accession negotiations,” said the press service of Ukraine’s President. During the conversation, special attention was paid to Ukraine’s implementation of the Euro-Atlantic integration strategy. Volodymyr Zelenskyy emphasized that Ukraine continued the consistent implementation of the strategic course for Euro-Atlantic integration...

Russia launched a missile attack on the Odesa region: 2 infrastructure facilities were hit

US Secretary of State Antony Blinken noted on December 4, 2022, that Congress was working on an alternative to recognizing Russia as a “state sponsor of terrorism”. Source: US Secretary of State Antony Blinken “We’re constantly looking at what steps we can take to increase pressure. We’re currently working with Congress on regulations that will help us with some of the contentious aspects of using the “state sponsor of terrorism” designation that would have... 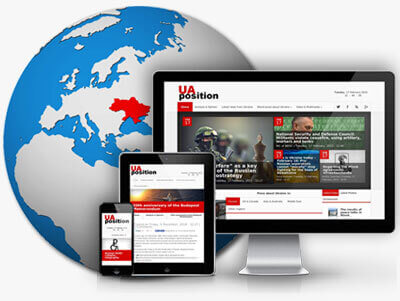 The President of Ukraine Volodymyr Zelenskyy said that at least four people...

The President of Ukraine Volodymyr Zelenskyy and the Prime Minister of...

War for the Arctic or energy sabotage: why Russian spies have become more active in Norway

Scandinavia was covered by a wave of reports about Russian espionage even...