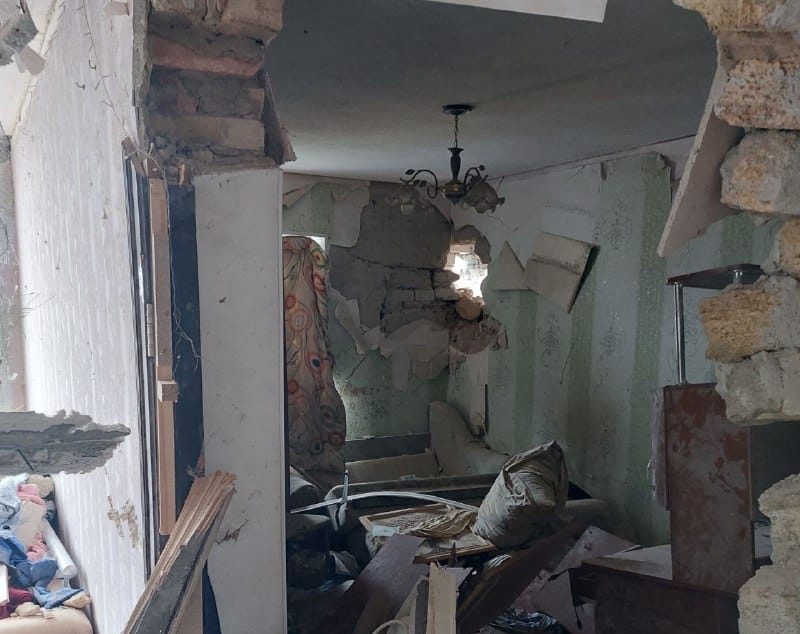 Russians attacked the suburbs of Zaporizhzhia with rockets: there is destruction

Russians attacked with missiles energy facilities in 3 regions of Ukraine

Russians shelled a village in the Zaporizhzhia region killing 2 civilians

The deputy head of the Office of the President of Ukraine Kyrylo Tymoshenko said that private houses were damaged in the village of Novosofivka in Zaporizhzhia region (south of Ukraine) as a result of the Russian rocket attack on December 5, 2022. According to preliminary information, two civilians were killed and three were injured. Source: The...

Russia launched a missile attack on the Odesa region: 2 infrastructure facilities were hit

The deputy head of the Office of the President of Ukraine Kyrylo Tymoshenko noted that Russian troops launched a missile attack on two infrastructure facilities in the Odesa region (south of Ukraine) on December 5, 2022. There are interruptions with electricity and water, as well as a strong fire in the Odesa region after Russian missile attacks....

Shocking sight from the cemetery of Russian shells fired at Kharkiv

Russian troops constantly shelled Kharkiv (a city in the east of Ukraine, which has a population of more than 1 million) since the beginning of the full-scale war. There are so many Russian shells that a “cemetery” had to be set up for them. Photographers published the creepy photo on social networks on December 4, 2022. Source:...