Russia`s hybrid military forces attacked Ukrainian army positions in Donbas 53 times in the past 24 hours, with two Ukrainian soldiers reported as killed in action (KIA) and six as wounded in action (WIA), according to the press service of the Anti-Terrorist Operation (ATO) Headquarters. 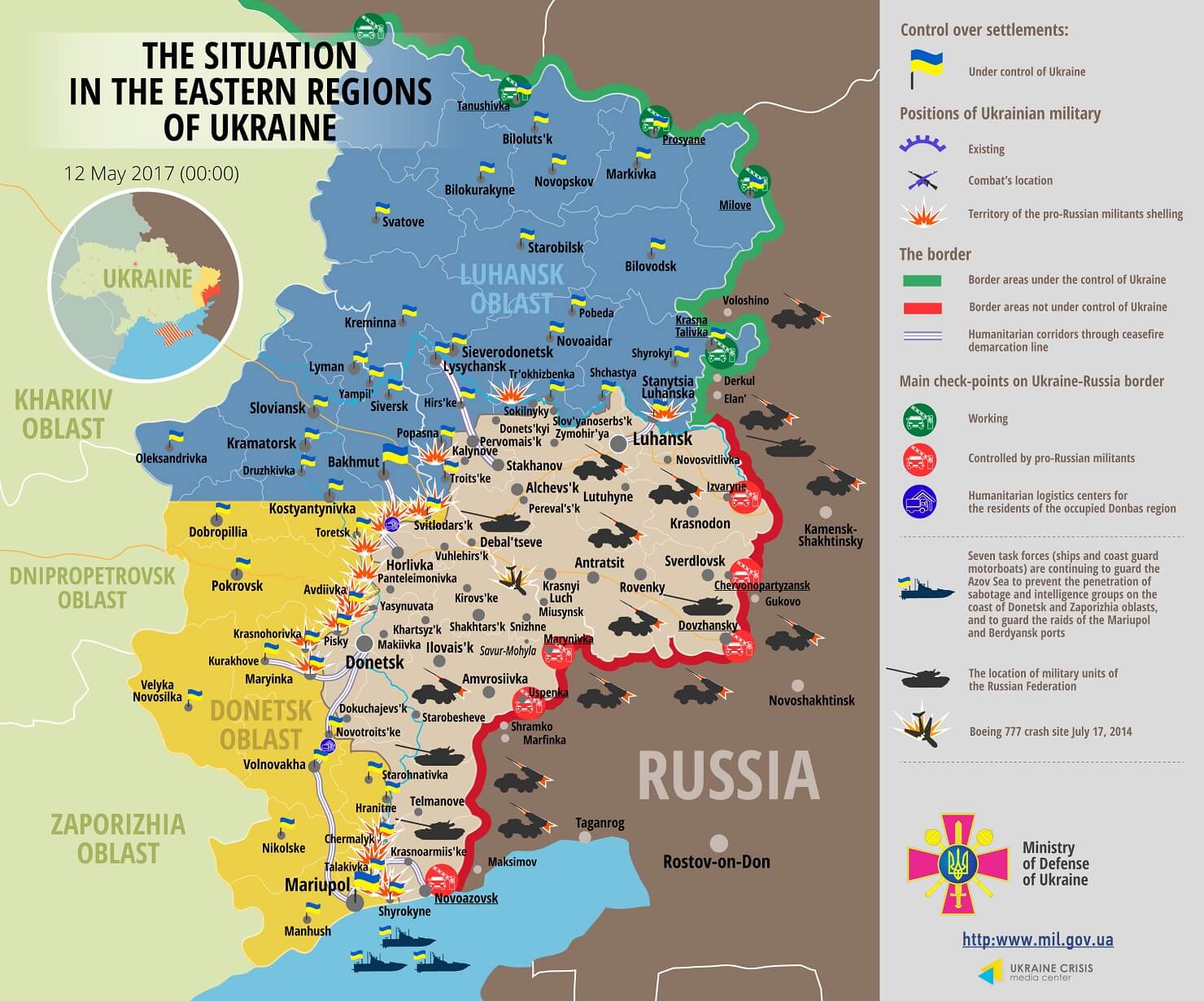 In the Luhansk sector, the Russian occupation forces shelled automatic grenade launchers on the Ukrainian forces in the village of Novozvanivka late in the evening, as well as small arms near the village of Valuiske.

The largest number of militant attacks was recorded in the Mariupol sector. In particular, the occupiers repeatedly attacked the Ukrainian positions near the villages of Shyrokyne, Vodiane, Hnutove, Chermalyk and Pavlopil, using small arms, grenade launchers of various systems and infantry fighting vehicles. The militants also used the same types of weapons, as well as 82mm mortars, against the Ukrainian units near the town of Maryinka. Moreover, an enemy sniper was active near Maryinka and the village of Lebedynske.