The mayor of Dnipro Borys Filatov said that Russian troops shelled the city of Dnipro(central Ukraine) on November 26, 2022. As a result of the shelling, 7 private houses were destroyed and one woman was injured. Source: The mayor of Dnipro Borys Filatov, the head of the Dnipropetrovsk Regional Military Administration Valentyn Reznichenko “According to preliminary data, city communications and infrastructure were not affected after the Russian missile “arrival”. There is an automatic shutdown of several thermal power stations,” wrote the mayor of Dnipro. Later, the head of the Dnipropetrovsk Regional Military Administration told more details about the shelling of the city. “Explosions in the Dnipro. Currently, we know about 7 partially destroyed private houses. The explosion caused a fire. Previously, a woman was injured. She was pulled out from under the rubble and taken to the hospital,” explained Valentyn Reznichenko. According to the head of the Dnipropetrovsk Regional Military Administration, the danger still continues. See also: Russia attacked Ukraine’s central city with kamikaze drones, there are injured civilians...

77 civilians have been killed due to Russian missile strikes on Ukrainian energy objects, – UN

According to the Monitoring Mission of the Office of the UN High Commissioner for Human Rights, 77 civilians have already been killed as a result of Russian missile attacks on the critical infrastructure of Ukraine, and another 272 people have been injured. The UN’s human rights chief, Volker Türk stated this on November 25, 2022. Source: The UN’s human rights chief, Volker Türk According to Volker Türk, Russian strikes on civilian infrastructure in Ukraine since October 2022, have plunged millions of people of  Ukraine into extreme hardship. “Millions are being plunged into extreme hardship and appalling conditions of life by these strikes. Taken as a whole, this raises serious problems under international humanitarian law, which requires a concrete and direct military advantage for each object attacked,” said the UN’s human rights chief, Volker Türk. In addition, Volker Türk noted that as a result of the last Russian missile strike on November 23, 2022,  the Russians killed a girl and a newborn baby. See also: 10 Ukrainian civilians were killed as a result of Russian missile...

At least 8,311 Ukrainian civilians were killed, including 437 children during the war

More than 45 thousand Russian war crimes and more than 19 thousand crimes against the foundations of national security have been recorded in Ukraine as of November 20, 2022. Source: Prosecutor General of Ukraine Andriy Kostin The Prosecutor General’s Office recorded the death of 8,311 civilians as a result of the full-scale Russian war in...

More than 17,000 people are without heating due to Russian missile attack on Zaporizhzhia

Oleksandr Starukh, the head of the Zaporizhzhia Oblast Military Administration noted that a series of loud explosions rang out in Zaporizhzhia (south of Ukraine) on the evening of November 18, 2022. As a result, 123 high-rise buildings, where more than 17 thousand subscribers live, remained without heating. Source: Oleksandr Starukh, the head of...

Serhiy Bolvinov, the head of the investigative department of the police of the Kharkiv region said on November 18, 2022, that law enforcement officers in the Kharkiv region (east of Ukraine) have already registered more than half a thousand criminal proceedings under the article “collaborative activity” and discovered 25 torture...

Volodymyr Zelenskyy said during his address to the student community of Ireland on November 18, 2022, that Russia destroyed 3 million hectares of forests in Ukraine due to its constant shelling. Source: The President of Ukraine Volodymyr Zelenskyy “Russia destroyed almost 3 million hectares of forests in our country with its aggression.... 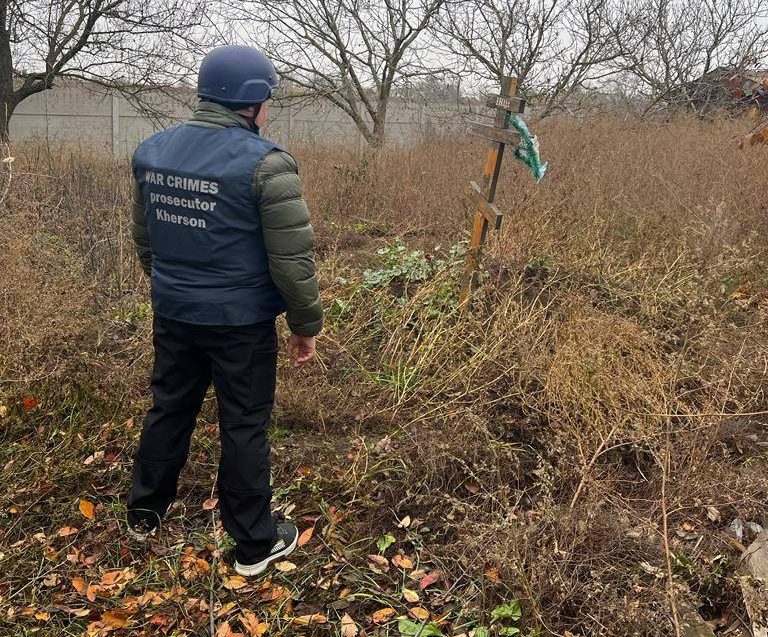 Russians shot dead 7 civilians, including a minor girl in the Kherson region

The Prosecutor’s Office of the Kherson region of Ukraine (south of the country), together with police investigators noted on November 18, 2022, that they inspected the site of another war crime committed by the Russian military – the shooting of 7 civilians, including a minor girl. Source: The Office of the Prosecutor General of...

Almost 1,000 bodies of civilians were found in the liberated Ukrainian territories

The Head of the Department of Organizational Analytical Support and Operational Response of the National Police of Ukraine noted on November 17, 2022, that the bodies of 991 civilians were found in the liberated from Russian troops territories of the Donetsk, Mykolaiv, Kharkiv and Kherson regions of Ukraine. Source: The Head of the Department of...

Oleksiy Chernyshov, the head of the board of Naftogaz (the largest national oil and gas company of Ukraine) confirmed that Russian troops launched a massive attack on the gas production infrastructure of state-owned public joint stock company UkrGasVydobuvannya (the largest Ukrainian gas producer) in the east of Ukraine on November 17, 2022....