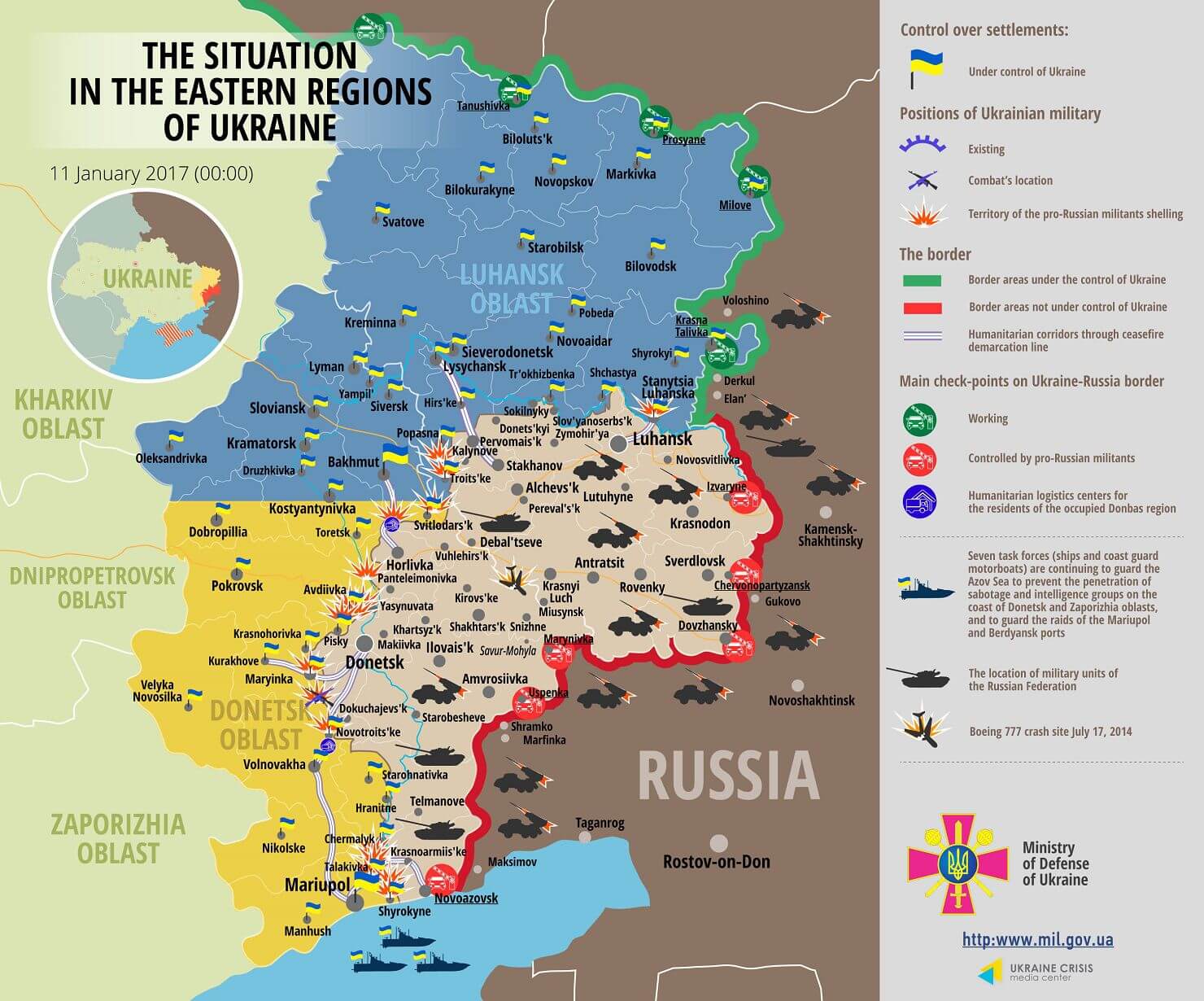 In the Donetsk sector Svitlodarsk bulge, Horlivka perimeter and Donetsk airport area were the main places of hostilities. Russian militants opened fire from mortars of different calibers on the Ukrainian positions near the town of Avdiyivka, and the villages of Verkhniotoretske, Kruta Balka, Opytne, Luhanske, and Zaitseve. Furthermore, an enemy infantry fighting vehicle attacked Opytne. Russian militants violated ceasefire 12 times in the Donetsk sector. Two Ukrainian soldiers were wounded in action, one got injuries. One soldier was killed.