Member of the British Labour Party Lord John Quentin Davies arrived in Donetsk region in Eastern Ukraine to personally witness Russian aggression and violation of the Minsk agreements (February 12, 2015) by pro-Russian terrorists, and to verify the evidence of Russian involvement in the conflict in Ukraine. Lord John Quentin Davies reported about the results of his investigations during a press conference in Zaporizhzhya regional state administration. He said that he came under the pro-Russian terrorists’ fire in the zone of the ATO. 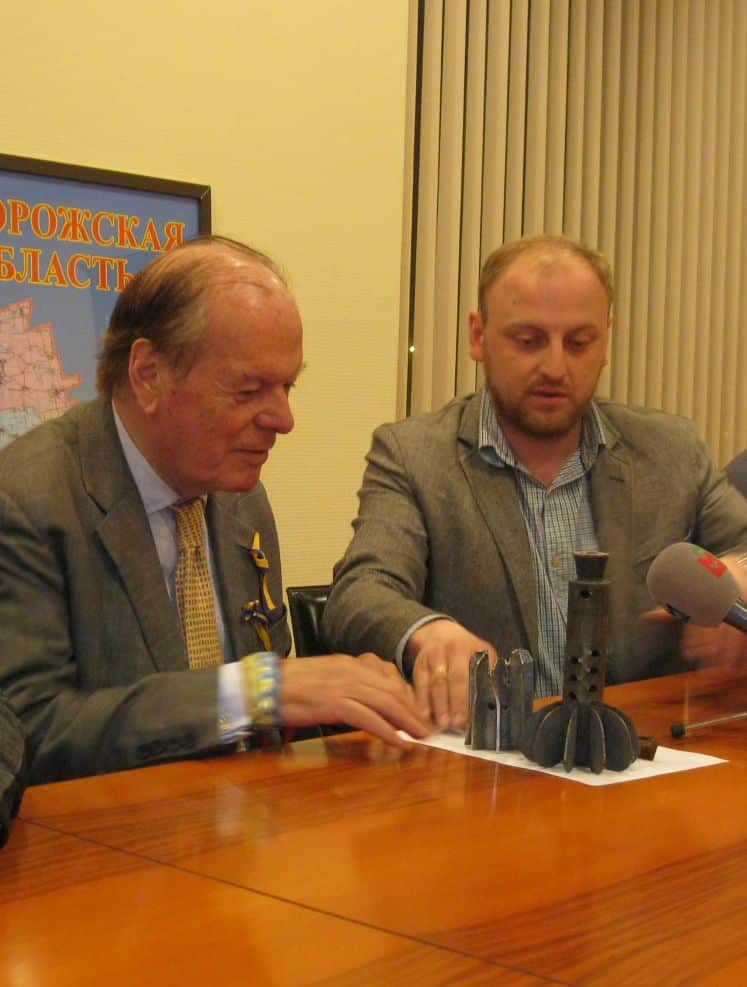 Quentin Davies visited town Pisky in Donbas and personally saw neglecting the Minsk agreements by pro-Russian terrorists who fired from a mortar and made a sniper fire on him while he was on the observation deck. Lord John Quentin Davies concluded that the ATO positions in Eastern Ukraine were shelled by professionals using modern precision weapons.

“Russian media claim that Donbass allegedly fighting miners and tractor. I want to state that they would simply not have been able to be so accurate fire. After seeing I will strongly encourage my colleagues to take a decision on the allocation of all necessary to the Ukrainian side to combat terrorism in the East of the country, ” stated Lord John Quentin Davies.

After Lord John Quentin Davies come back to Great Britain his British colleagues will make the decision about the size of UK assistance to Ukraine. The United Kingdom has started to train soldiers fighting pro-Russian terrorists in Eastern Ukraine. The British government also started supplying non-lethal equipment such as first aid kits, sleeping bags, night-vision goggles.