CONSOLIDATED DATA OF THE INFORMATION AND ANALYTICAL CENTRE OF THE NSDC OF UKRAINE 12:00 – 21 AUGUST 2014

Military operations in the zone of conflict 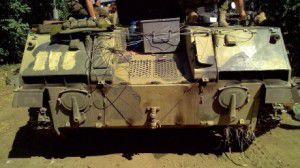 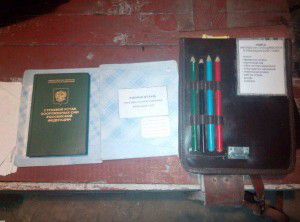 In the Luhansk area near the settlement of Novosvitlivka terrorists shot down Su-24М aircraft of the Air Forces of Ukraine that was returning after the combat mission. Both pilots ejected.

Russian military continued shelling the ATO forces positions from the territory of Russia. In particular, artillery attacked the area of Amvrosiyivka from the direction of the Russian village Seleznevo. Outskirts of village Vasilevka were shelled from the Russian Marfinka. In addition, from the Russian Federation territory artillery attacked the checkpoint and the positions of the Armed Forces of Ukraine in the village Blagodatne (nearby Amvrosiyivka) and also in villages Komyshuvakha, Makariv, Luzhky in the Donetsk region.

Ukrainian border guards daily detect the Russian reconnaissance UAVs flights over the settlements on the Azov sea coast – Sedove, Novoazovsk, Mariupol, and over the locations of the ATO forces deployment.

In the context of the information that the trucks with Russian humanitarian cargo allegedly crossed Russian-Ukrainian border the Ministry of Foreign Affairs reports that as of evening of August 20 Ukrainian border and customs services had not performed relevant procedures yet. Ukrainian side shall promptly commence appropriate procedures after the final confirmation from the International Committee of the Red Cross concerning the readiness to deliver the cargo to its destination is received. Moreover, it means that the ICRC, which has assumed all the responsibility concerning all logistical matters, including transportation routes, storage and distribution of aid in Ukraine, has to receive all the necessary security guarantees for the personnel and cargo. Such guarantees must be provided to the Red Cross from the terrorist groups (primarily controlled by Russia) and the Russian Federation itself. In Ukraine there is an understanding of the need to synchronize all Red Cross aid supplies to the civilian population of Luhansk region, including those provided by the Ukrainian government in cooperation with other countries and international institutions.

As of 12:00 today, border and customs clearance of the Russian humanitarian cargo has not been carried out. However, every order needed to perform cargo clearance as soon as possible was given.

The situation in the conflict zone localities

Terrorists shelled another car with refugees in the Luhansk region. The tragedy occurred on August 20 near the village Hryaschuvate (same location as previously). According to witnesses, the car was moving with a large white flag, but that did not stop the bandits. There was a family with five year old child in the car. A man and a child were killed on the spot. The woman died in the hands of Ukrainian military doctors.

Yasynivka Coking Plant was damaged because of terrorists’ fire. Currently, the company has no power and water supply. The coal-mine “Kirov-1″ was shelled. Two high-voltage power towers were damaged and office building was partially destroyed there.

As a result of shelling by the terrorists from Luhansk direction power line in the town of Shchastya, which has been under the control of the Ukrainian military for a long time already, was damaged. This artillery attack led to the shutdown of the 13th unit of the thermoelectric power plant.

Terrorists shelled Verhnokalmiusky water filtration plant once again, so it has no power supply. Water supplies are in controlled mode.

A few days ago during the Ilovaisk assault the citizen of Slovakia Miroslav Rokhach, who served in terrorists mortar detachment, was detained.

Yesterday, near the village Novotroitske (Donetsk region) Ukrainian special services have detained a citizen of Ukraine, who delivered information to the terrorists about the movements and deployment of armed forces units that are directly involved in the ATO in Donetsk. The detained person was brought to law enforcement officials and already testifies.

Yesterday nearby Slovyansk soldiers of the Ministry of Interior special battalion “Kyiv-1″ arrested one of the leaders of the local militant gangs, who organized the work of terrorists’ roadblocks in the Donetsk region, ensured their safety and coordination. Investigation is underway.

President of Ukraine Petro Poroshenko held a meeting with the UN Under-Secretary-General for Political Affairs Jeffrey Feltman who visited Ukraine on behalf of the UN Secretary-General Ban Ki-moon.

The President thanked for the Secretary-General’s support in peacekeeping and de-escalation efforts concerning the situation in Donbas. He stressed that Ukraine has no internal conflict. “People in Donetsk and Luhansk are seeking peace. The implementation of the peace plan, which we proposed, determines our actions. We are aware that the situation cannot be solved only by military means,” – he said.

The President also informed about the initiative of Ukraine to send international humanitarian aid to Luhansk, which under the control of terrorists is on the verge of humanitarian disaster.

On August 21 the staff of the South-Western Railway has sent humanitarian aid to the temporary migrants’ short-stay point in Volnovakha (Donetsk region). The part of the cargo from the team of the South-Western Railway remains in Volnovakha point, the rest will be supplied by the employees of the State Service for Emergency Situations of Ukraine in Donetsk region to the settlers’ centers on the coast of the Azov Sea, where only according to the official data more than 22 thousand persons are staying. In general the Railway staff sent more than 35 tons of food and basic necessities to civilians in the East. In addition, the Railway staff collected set of medicines for Pershotravnevy first-aid center.

A convoy of humanitarian aid from Dnipropetrovsk is to arrive to the East of Ukraine tomorrow. The 200,000 tons load contains essential products – cereals, flour, sugar, canned fish and meat, and baby foods.

How does Russian propaganda work

Another lie from Russian propaganda. Tonight Russian TV channel “Zvezda” (“Star”) of the Armed Forces of Russia accused Ukrainian ATO forces of shelling the city of Makiyivka with “Tochka-U” missile system during the combat for this town. It was stated in the story that Ukrainian Armed Forces were bombing the city in order to liberate it prior to the Independence Day. In addition, featuring the video, the Russian source threatened Ukraine with international scandal (VIDEO).

However, as unraveled by the analysts of our information and analytical center, the picture which demonstrates the use of weapons of mass destruction in Makiyivka, – which allegedly was launched by the Ukrainian military, – actually illustrates a totally different event – a blast of Russian space rocket on July 2, 2013 at Baikonur launch site (Kazakhstan). Please find here for your consideration both videos to compare: the one from the Russian TV channel and the actual video of the explosion at Baikonur.

It should be recalled that Russia has been repeatedly and unreasonably accusing Ukraine of using ballistic missiles in populated areas.

This video clearly proves how the factory of Russian propaganda works, not only distorting the facts, but also forging video sequences with no hesitation.