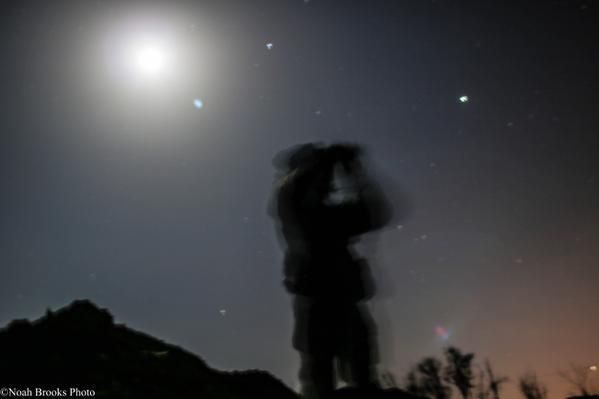 The “demilitarization of the buffer zone” in Donbas from the side of the Russian-terrorist forces in reality is still an active use of heavy weapons – 120 mm mortars, 122  and 152 mm cannon artillery, armored vehicles. The enemy continues to lead active reconnaissance activities and is trying to launch a sabotage and terrorist “minefield” war on the rear of the ATO forces using sabotage and reconnaissance groups. At the same time, there is a marked decrease in the number of ambushes – sabotage and reconnaissance groups staffed by local insurgents and a team of Russian GRU Spetsnaz attempting to infiltrate the tactical rear of the ATO forces to explore and mine an area, use weapons only in the event of their discovery.

From 7:40 am to 3:00 pm yesterday (07.26.2015), active armed confrontations were observed in the vicinity of Shchastya. In particular, an insurgent tactical group (up to a company in size) and a unit of 82 mm mortars attempted an assault on the positions of the ATO forces. After Ukrainian troops opened retaliatory fire, the insurgent group retreated to their original line but soon resumed attacks with the support of three tanks. All assault attempts were repulsed by the ATO forces. During the clashes, enemy sabotage and reconnaissance groups made their infiltration attempts. After their assault attempts failed, the enemy continued to fire on the positions of Ukrainian troops from small arms, 82 mm mortars, and grenade launchers (moreover, ZU-23-2 anti-aircraft guns were also used during the attack).

In addition, militants used tanks in the area to the northwest of Dokuchajevsk towards Yasne – Berezove (south of Donetsk). An enemy armored group advanced to camouflaged positions in the greenery and conducted aimed fire from two tanks on the advanced positions of Ukrainian troops, under cover of the small arms fire of several infantry groups (that also used AGS-17 and 82 mm mortars).

The situation has exacerbated in the area of Mar’inka – Krasnohorivka – Lozove, where terrorists carried out a number of shellings and sabotage acts in the last two days. Insurgents repeatedly fired from 122- and 152 mm artillery on the positions of Ukrainian troops in the area between Krasnohorivka and Lozove. Judging by the nature of the fire raid, the enemy carried out adjusted fire (numerous transfers of fire and obvious corrections in the course of the raid were observed). Repeated instances of fire carried out on the advanced positions of the ATO forces, by terrorist infantry groups from the greenery in the neutral zone, were observed near Krasnohorivka. In the vicinity of Mar’inka, insurgents repeatedly fired from 120 mm mortars, striking not only the advanced positions of the Ukrainian troops, but also the strongholds deep in the tactical defense area.

The enemy continues to operate in the greenery with infantry groups in the area between Vodyane and Opytne, firing at the advanced positions of the ATO forces from small automatic weapons, RPG-7 and SPG-9 grenade launchers.

Between Verkhnotoretske and Troitske, in the area of Novoselivka and further north (towards Novhorodske and Shumy), the activity of terrorist infantry groups was also observed – carrying out attacks from small arms and short raids from 82- and 120 mm mortars.

In the vicinity of Svitlodarsk, Luhanske, Popasna, Zolote, and Krymske, terrorists in “standby mode” shell the positions of the ATO forces from the greenery while their sabotage and reconnaissance groups simultaneously carry out infiltration attempts.

The enemy repeatedly opened fire from small arms in the vicinity of Shyrokyne, Pavlopil, and Hranitne.

In Donetsk (the north-eastern part of the Kyivskyi district), the emergence of a new armored terrorist group was observed (8 tanks and 11-12 AFVs, mainly BMP-2). The accumulation of insurgent armored vehicles continues in the vicinity of the Donetsk airport and the settlement of Vesele (15 tanks divided into several groups, up to 20 ACVs, including BTR-70 and BTR-80, BMP-2, and several MT-LB with ZU-23-2); a large number of vehicles – over 30 trucks were also observed. In Spartak, a battery of six 120 mm D-30 was detected which leads the shelling of Pisky, Opytne, Vodyane, and sometimes participates in the shelling of Avdiivka along with other terrorist artillery units.

In the Olenivka – Dokuchajevsk area, maneuvers by the militant troops and equipment were observed (the redeployment of an infantry group and 3 tanks further south). Up to 100 insurgents and 7 ACVs were additionally transferred to the Olenivka area.

The formation of large militant tactical groups is being finalized along the overall line from Telmanove – Krasnoarmiiske – Bezimenne (two battalion tactical groups, three artillery groups – two groups of cannon artillery, the third [group] also includes 8 BM-21 “Grad” MLRS units). According to the IR group, the enemy can dramatically increase its efforts in this direction as needed – another tactical group from two “mechanized rifle battalions” with tanks (up to a tank company in size) continues to be deployed at the Mospyne – Komsomolske area, and another “motorized rifle battalion” (that also includes a 12-tank unit) is stationed in the area of Novoazovsk – Maksimov.