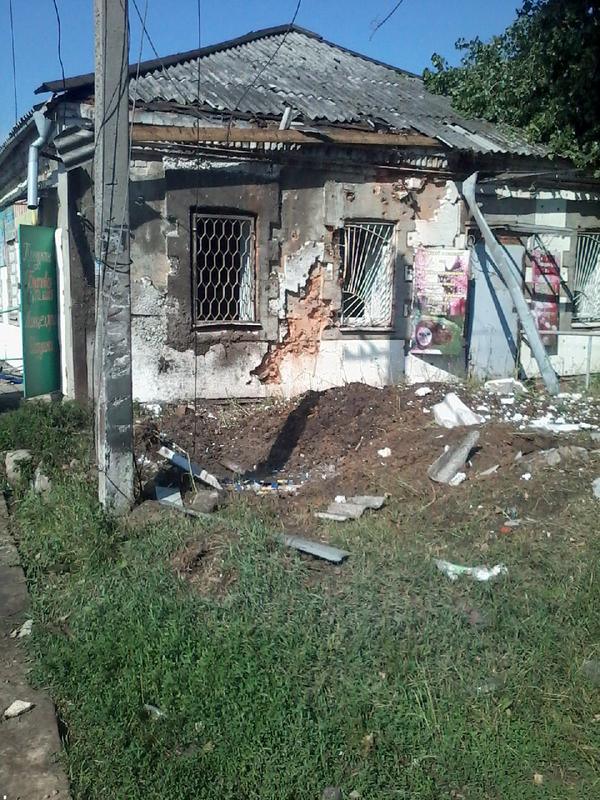 The consequences of militants’ shelling in Avdiivka, on Lenin Street (click on images to enlarge). Source

In the Donetsk sector, in the areas of Pisky, Opytne, and the southern outskirts of Avdiivka, terrorists used 122 mm and 152 mm artillery and armored vehicles for shelling, at short intervals. Shellings and provocations by militants were continuous between Krasnohorivka and the northern outskirts of Horlivka.

North of Krasnohorivka, as well as in the area of Pisky, Russian-terrorist troops employed several armored groups (consisting of 4-5 tanks and the same number of armored combat vehicles) to fire on the positions of Ukrainian troops. Snipers of illegal armed gangs are operating in the vicinity of Mar’inka.

Two batteries of 152 mm caliber artillery systems positioned near Yenakijeve and Vuhlehirsk shelled the advanced positions of ATO forces. Fire strikes were also made on the settlement of Opytne and the southern outskirts of Avdiivka.

North of Verkhnotoretske, terrorist opened fire several times from the cover of the vegetation, using heavy machine guns and AGS-17 grenade launchers. The ATO forces positions and residential areas of Leninske, Mayorsk, and Mykolaivka were shelled from 82 mm mortars.

In the coastal direction, in the areas of Talakivka and Shyrokyne, militants used small arms and AGS grenade launchers.

In the Luhansk sector, terrorists are shelling the settlements of Schastya, Novotoshkivka, Katerynivka, Zolote, Sokilnyky, and Trokhizbenka. We recorded the use of Grad-P multiple rocket launcher systems, 120 mm and 82 mm mortars, and all types of infantry armaments. Sabotage and reconnaissance groups of both sides are actively operating in the greenery. 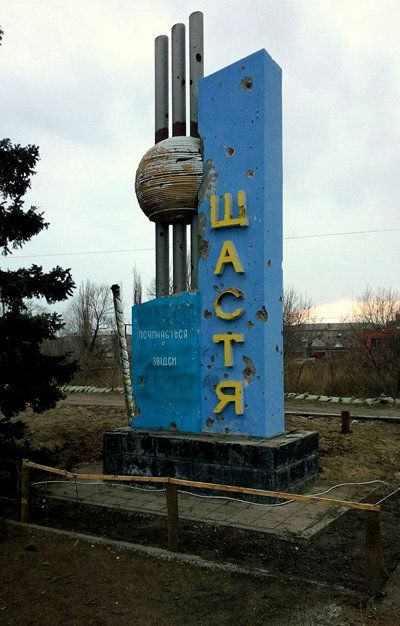 • Infantry reinforcements were transferred through Mykhailivka in the direction of Alchevsk: four army trucks with terrorists, and a convoy of four BTR-80 APCs and two BMP-2 infantry fighting vehicles;

• On the Bakhmut highway, a militant support convoy of 14 tanker trucks and tented trucks was spotted between Stepove and Smile [Smi-leh];

• Reinforcements continue arriving for the two militant tactical groups operating between Yasynuvata and the Mayorskiy automotive market. Three tanks arrived in Horlivka from the direction of Yenakijeve, after undergoing repairs, as well as two trucks carrying 122 mm unguided missiles for the battery of Grad MRLS operating near Kayutyne;

• Armored equipment of the Russian-terrorist forces is concentrating in the area of the Donetsk Airport (DAP) again, including 20 tanks and ten armored combat vehicles; ammunition  is being delivered for them. 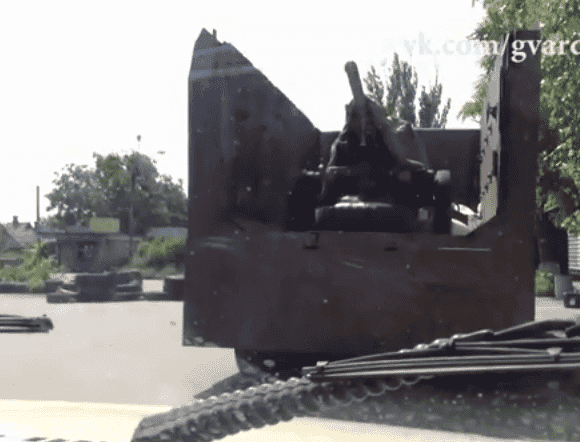