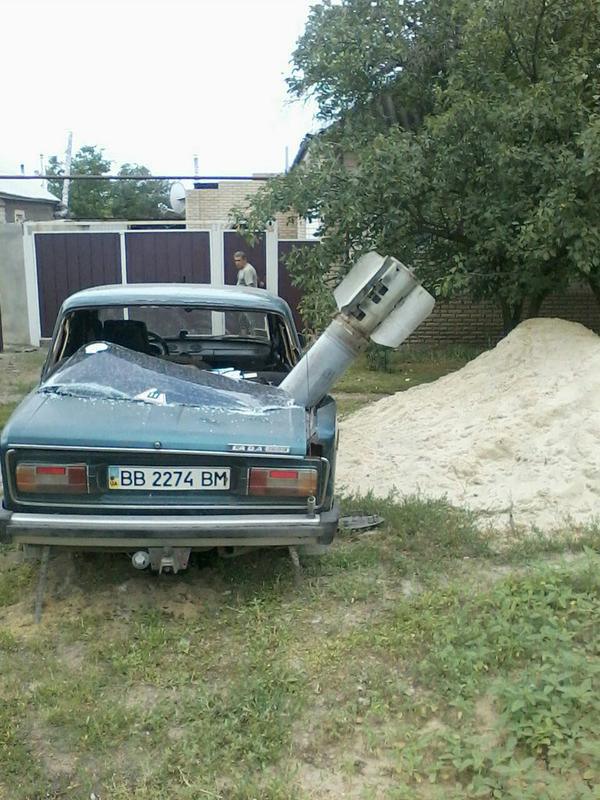 Russian-terrorist forces in Donbas continue to carry out attacks on the positions of ATO forces and the towns controlled by Ukrainian authorities while resuming [their] attempts to provoke Ukrainian troops to use heavy weapons and engage in armed confrontations. Besides small arms and 82-mm mortars, insurgents also use 120-mm mortars, 122-and 152-mm artillery, and armored vehicles (tanks and AFVs).

In the vicinity of Shchastya and Stanytsia Luhanska, several insurgent infantry groups tried to break through the ATO forces’  tactical rear, intensively firing from small automatic arms, AGS-17 automatic grenade launchers, 82- and 120-mm mortars; the use of a ZU-23-2 mobile anti-aircraft twin-barreled autocannon was also recorded. Ukrainian troop units stopped the movement of the enemy infantry groups with retaliatory fire; [the enemy groups] were forced to withdraw to the line from which they started.

In the area of Krymske, Novotoshkivka, Zolote, and south of the settlements of Luhanske and Myronivske, insurgents engaged in heavy fire from 82-mm mortars, which were used as cover for terrorist infantry groups during their attempt to get closer to Ukrainian troop positions through the brush, at an effective distance for small arms fire. However, as a result of dense retaliatory fire by Ukrainian troops, these groups were forced to leave the “neutral” zone.

To the west of Donetsk, on the Avdiivka — Mar’inka — Pervomaiske strip, the active operations of two enemy armored groups (four tanks and up to 8 AFVs) were observed; these groups carried out adjusted fire on the positions of Ukrainian troops from positions prepared earlier. Moreover, the terrorists fired at objects using 122- and 152-mm artillery in this area, not only at the frontline, but also at the tactical rear of the ATO forces. In addition, insurgents actively used 82- and 120-mm mortars in this area.

To the south of Donetsk, terrorists fired at Ukrainian troop positions in the vicinity of Starohnativka and north of Hranitne from AGS-17, SPG-9, and 82-mm mortars, trying to suppress ATO forces’  weapon emplacements that had been explored earlier.

In the coastal areas, after departing from Shyrokyne, the terrorists shifted their main firing efforts to the north, near Chermalyk and Pavlopil, occasionally – in Hnutove and Mykolayivka. In these areas, raids by small insurgent infantry groups into the “neutral zone,” under cover of mortar fire, were observed (mainly from 82-mm, 120-mm weapons on occasion); the groups carried out attacks on the positions of ATO forces from small arms. Terrorists also used 122-mm artillery in these areas.

The transfer of Russian-terrorist forces has been observed in the vicinity of Telmanove and Dokuchajevsk – to reinforce the tactical groups of insurgents who had previously gathered in these areas. Several BMP-2 and BTR-70, and up to 100 personnel have been brought in. Several RPO-A “Shmel” portable rocket launchers, Russian “Kord” machine guns, and AGS-17 were observed as part of the reinforcement.