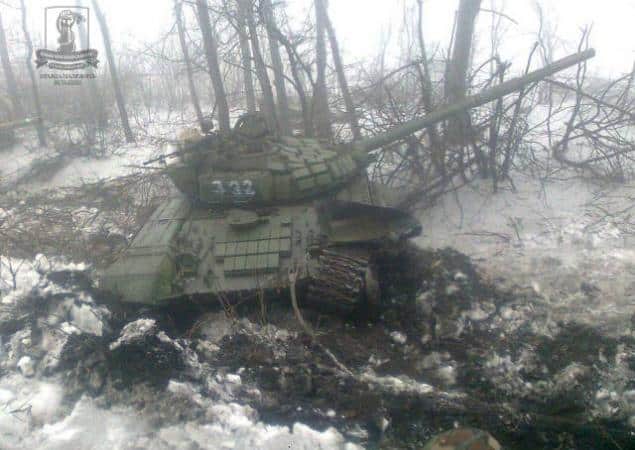 As already reported by the Information Resistance group, a consolidated tank unit of 16 tanks that was previously transferred to the vicinity of Debaltseve (which arrived from the area of Krasnyi Luch) after taking part in a three-day combat, has been practically defeated (7 tanks were hit in the first day of the offensive, 4 tanks were lost during strikes by Ukrainian artillery during the two days that followed, 3 more tanks became inoperable for other reasons.

Currently, there are only 2 vehicles at their disposal; insurgents are making attempts to evacuate 3 tanks that were destroyed earlier for repairs).

Exclusive photos from the place of the occupiers’ defeat: 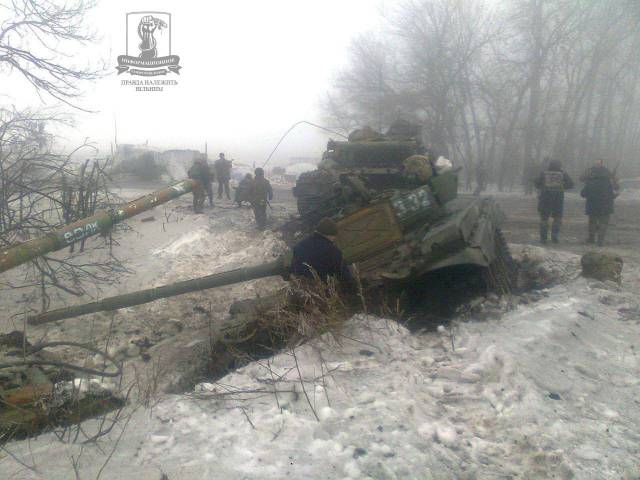 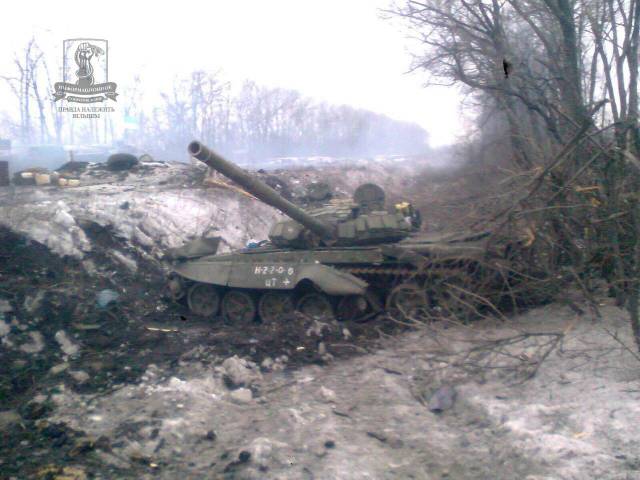 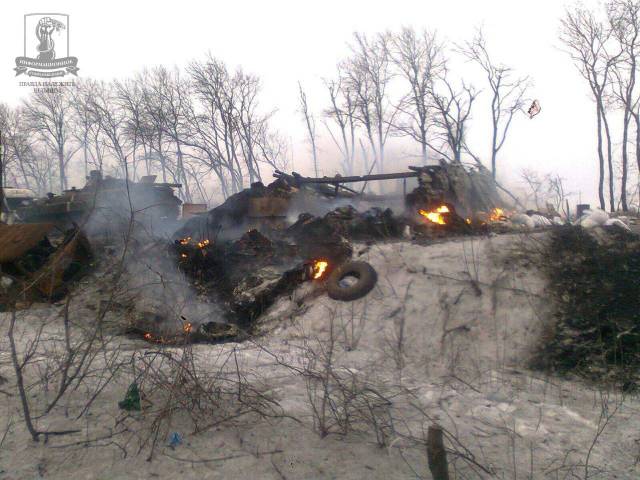 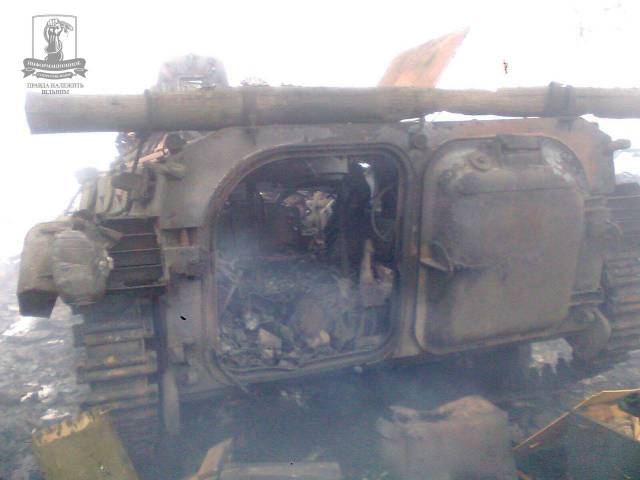 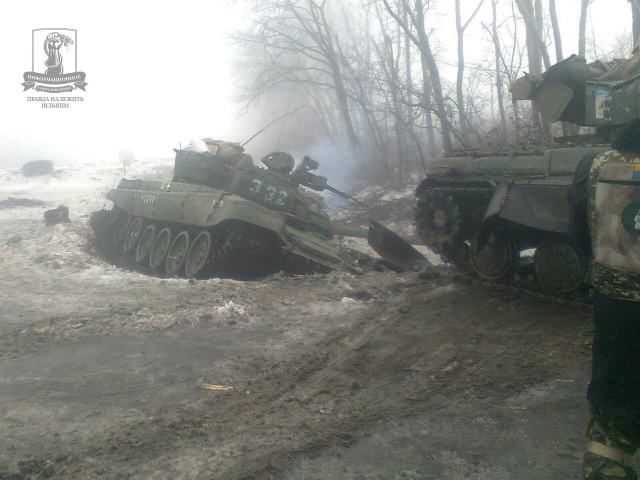