Ahead of early parliamentary elections that will take place on Sunday 26 October law enforcement agencies, special forces, the National Guard and Ukrainian Armed Forces are put on alert. On liberated territories in Donbas forces of the anti-terrorist operation (ATO) will pay more attention to counter-terrorist activities as well as will ensure security at polling stations during the voting and ballots count. Ukrainian citizens will be able to freely implement their voting right,

President of Ukraine Petro Poroshenko who stated that “safety at polling stations needs be secured not by volunteer battalions whose functions are different but by combined police units. In areas adjacent to the frontline they will be reinforced by units of the National Guard and of the Ukrainian Armed Forces.” The Head of the State has instructed accordingly heads of law enforcement agencies. 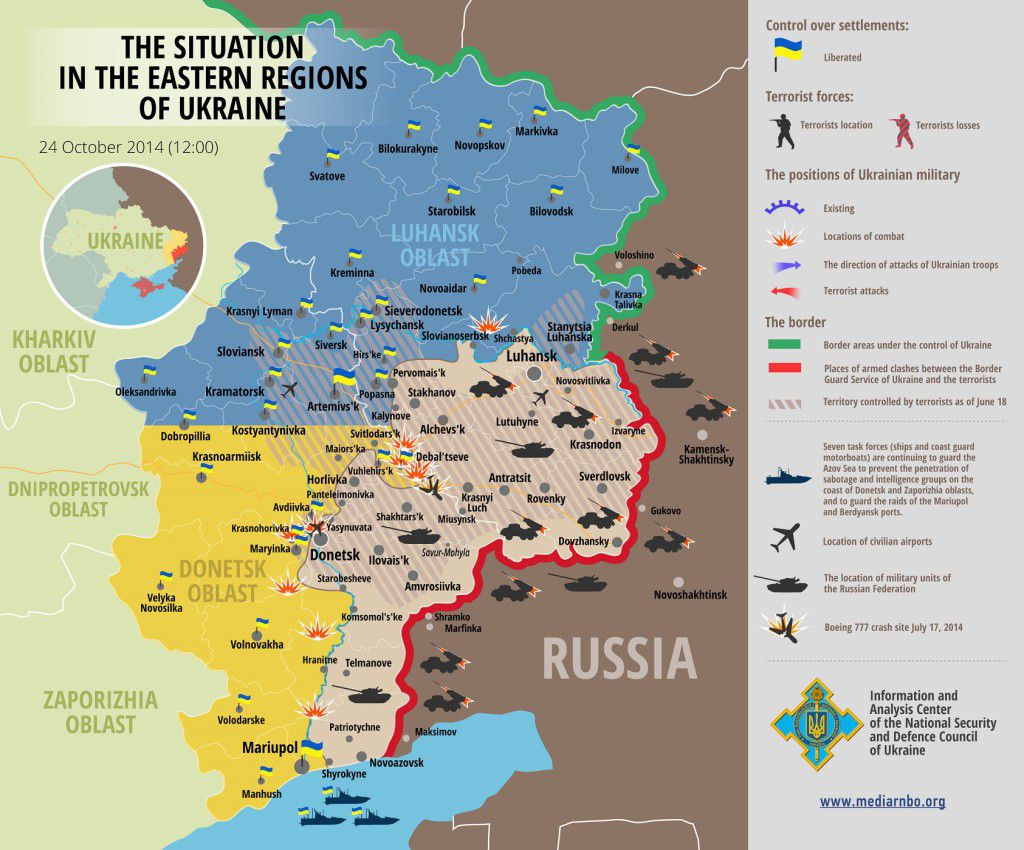 Yesterday no shelling with multiple rocket launcher systems was observed. Today in the morning at 8.25 and at 8.30 terrorists shelled twice with Grad MRLS the air-control tower at the Donetsk airport.

Within the last 24 hours no Ukrainian servicemen were killed, 8 got injured.

Such humanitarian aid from the Government of Germany earlier reached Kharkiv consisting of 16 vehicles and Zaporizhia with 8 vehicles.

Jen Psaki, Spokesperson for the US Department of State said that the US highly appreciate efforts of the Ukrainian government to secure free and just elections of 26 October and condemned any efforts of side forces to impede the democratic will expression of the citizens. She noted that the United States will accept as legitimate the parliamentary elections of 26 October and local elections of 7 December in areas featuring special local self-governance status in Donbas. No other “elections” will be accepted as legitimate.

Today a delegation of 14 members of the European Parliament will start its observation mission over the parliamentary elections in Ukraine. The delegation is headed by Andrej Plenković – an MEP from Croatia. The Delegation will finish its work after the joint press-conference to take place on 27 October.