Kyiv, October 22, 2015. Ukrainian counter-intelligence staff discovered a cache with over 20 kg of TNT with electric detonators in the woods near Zaitseve yesterday. Militant subversives planned to use explosives to conduct a terrorist act. Ukrainian law enforcement officers discovered and neutralized a cache with ammunition in the woods near Katerynivka Donetsk region. One of the grenades in the cache had the pin removed so that the entire arsenal could have exploded at any moment. Sappers were called, they blasted the cache. Law enforcement officers is currently looking for the owners of the cache. 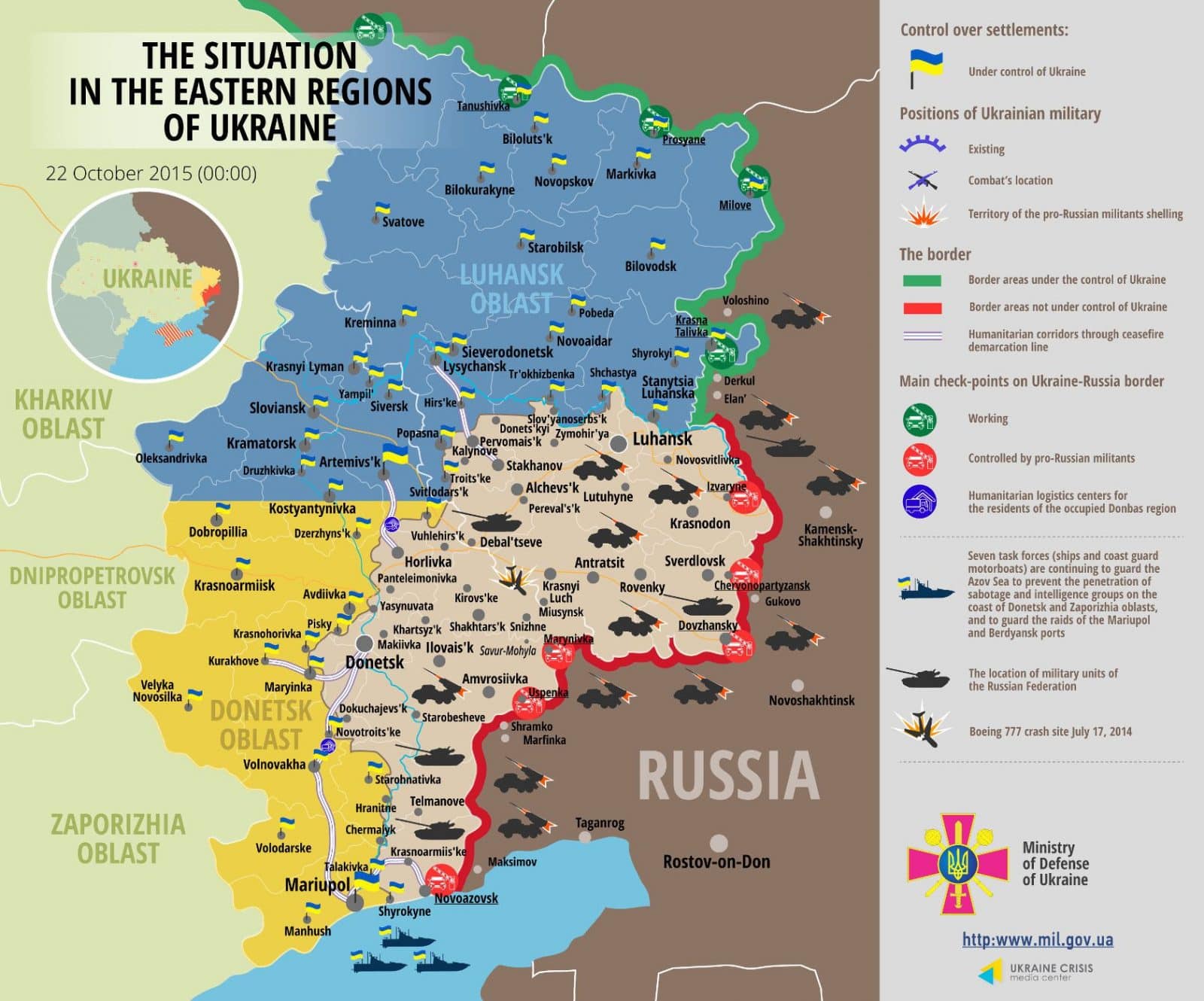 It was calm on the contact line over the last day: militants did not open fire towards Ukrainian positions. One Ukrainian serviceman was wounded by tripping an explosive device. The incident occurred near Zolote, Luhansk region.

Militants that were spying for Russia are being held liable for their crimes. The Court of Appeal of Chernihiv region upheld a sentence of eight years for a citizen of the Russian Federation, a serviceman of the Main Intelligence Directorate of the Russian Federation General Staff. The spy was trying to get information in the industrial defense sector. The perpetrator was detained last March. Firearms, rounds of ammunition, explosives and technical devices for information collection were seized from him during a search.