Kyiv, October 16, 2015. No militant provocations took place at the contact line yesterday. Ukrainian troops incurred no casualties, no Ukrainian servicemen were wounded in action. Withdrawal of equipment from the delimitation line continues in the ATO zone. Yesterday 12 mortars were moved to a distance of over 15km from the frontline. 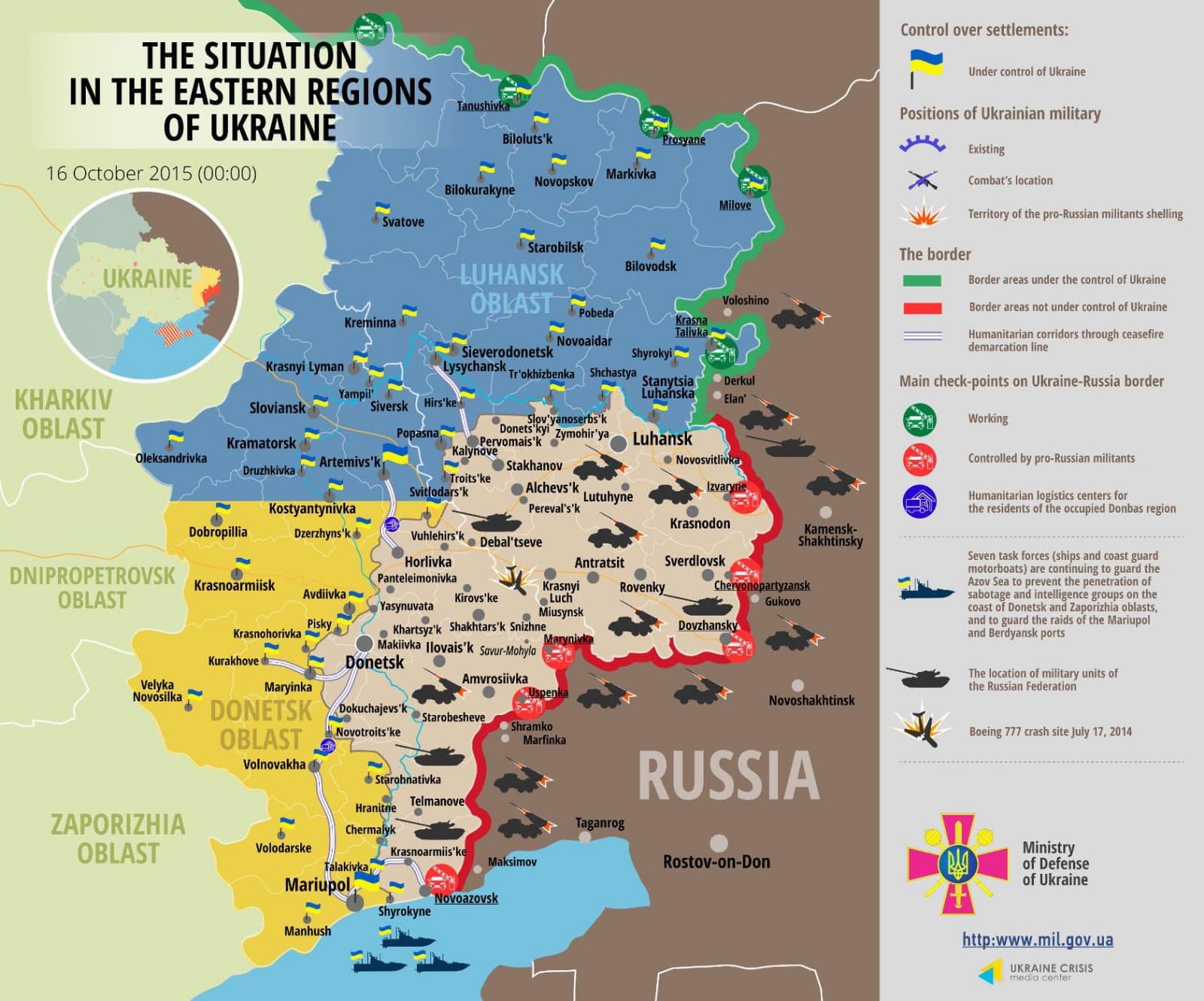 At the same time the State Border Guard Service reported that two militant unmanned aerial vehicles (UAVs) were registered near Kurakhove and Kostyantynivka, Donetsk region yesterday. Border guards noted one more UAV near Krasna Talivka located at the state border with Russia in Luhansk region. Two female residents of occupied Luhansk tripped a mine in Stanytsia Luhanska and were killed.

Ukraine’s Security Service apprehended a group of perpetrators who were distributing anti-Ukrainian leaflets, instigating provocations and desecrating Ukraine’s state symbols and pictures of ATO heroes. The perpetrators were detained after they installed a flag with a swastika. F-1 and RGD-5 grenades, as well as anti-Ukrainian propaganda materials, were seized from them during the search.

Law enforcers in cooperation with border guards and volunteers are blocking smuggling attempts to the occupied territories daily. Five big consignments of food and meat as well as one consignment of oil products were detained over the last several days. A petrol tanker that was carrying 21.3 tons of fuel to the territories temporary controlled by the so-called ‘Luhansk People’s Republic’ (‘LPR’) militants was detained near Komyshuvakha, Luhansk region. Attempts to smuggle food were registered near the villages of Semygirya, Kodyma, Oleksandrovo-Kalynove and Novotroyitske in Donetsk region as well as near Vrubivka, Luhansk region. At the moment traffic along the entire line of contact is controlled by Ukrainian law enforcement.

A truck with nine tons of food from the International Committee of the Red Cross crossed through Novotroyitske checkpoint to the occupied territory yesterday.