Kyiv, September 29, 2015. In the last 24-hours none of the Ukrainian military was killed or wounded. 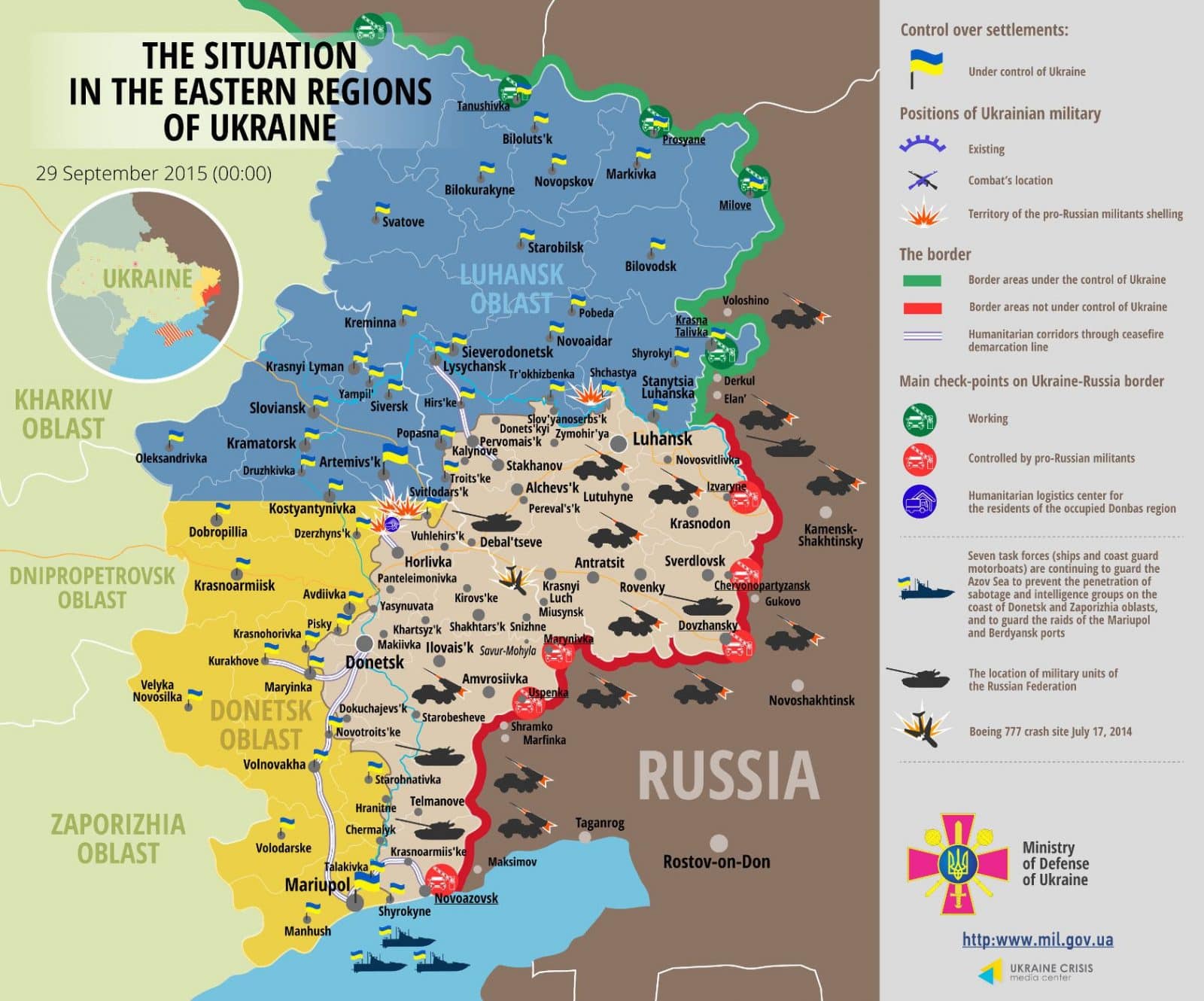 One militants’ provocation was recorded yesterday in Luhansk sector. It happened near Staryi Aidar westwards of Shchastia.

In Donetsk sector militants were active only northwards of Horlivka. The militants who control the eastern part of Zaitseve and Holmivskyy repeatedly opened fire upon our front line with small arms and grenade launchers.

It was quiet in other front sectors yesterday. No flights of enemy drones were recorded.

Delivery of humanitarian help to the temporarily occupied territory continues. 16 cars with food for the inhabitants of the occupied territories provided by the Red Cross crossed administrative border at the “Buhas” checkpoint located on Mariupol – Donetsk highway.