Kyiv, November 5, 2015. Today, the Ukrainian side began withdrawing mortars in Donetsk region. By the end of the week, it is planned to withdraw all mortars located on the boundary line. And on November 10 OSCE staff will begin verification. 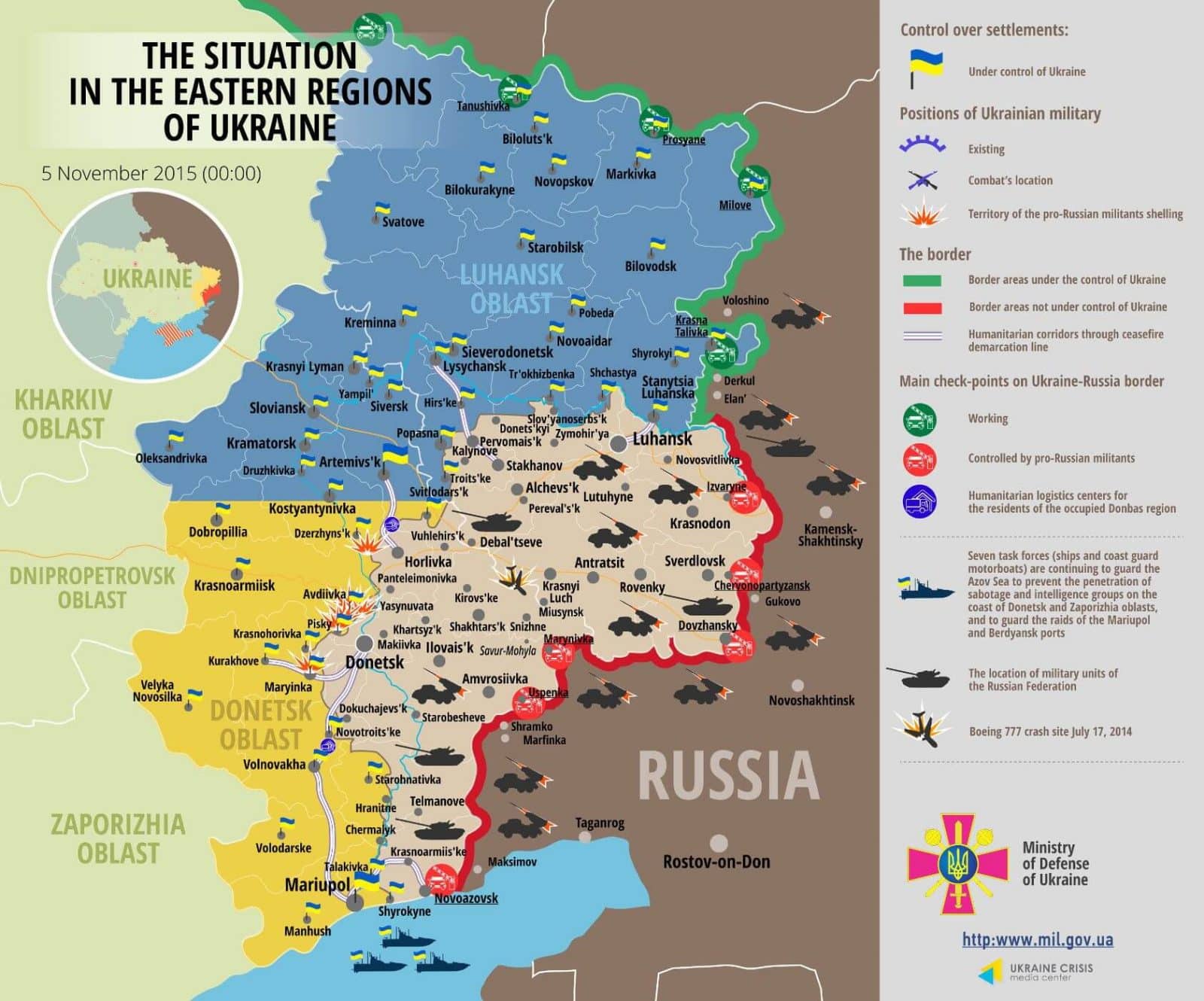 Yesterday militants opened fire towards Ukrainian positions at Novhorodske, near Horlivka, and in Donetsk western outskirts in the front section from Avdiivka to Maryinka. They used small arms and rocket launchers of different systems. Over the last day no Ukrainian serviceman was killed or injured in action.

Special units still continue cleaning Svatove of explosive devices. Over 90 sappers from 11 sapper teams have demined eight hectares and found about 700 munitions. They were defused in a specially equipped quarry.

In Kramatorsk police and the Security Service detained a couple who were members of an informant group of the so-called ‘Donetsk People’s Republic’ (DPR). Last May they were recruited by a former policeman, one of the Vostok group leaders nicknamed Varyag. The couple collected and passed information about ATO forces’ deployments to him. In addition, a Makarov pistol and ammunition hidden by the militant’s wife were withdrawn during a search of Varyag’s former place of residence in Kramatorsk.

Ukrainian police discovered a hiding place with weapons in the outskirts of Shchastia on the banks of the Luhansk CHP water reservoir. Security Service officers withdrew two kilograms of TNT, an anti-tank grenade launcher and a large quantity of 7.62 mm caliber ammunition.

Yesterday, 20 trucks with humanitarian aid from the International Committee of the Red Cross arrived through the Novotroitske control point of entry / exit.