National Security and Defense Council:Militants’ armed provocations were observed in the Donetsk sector 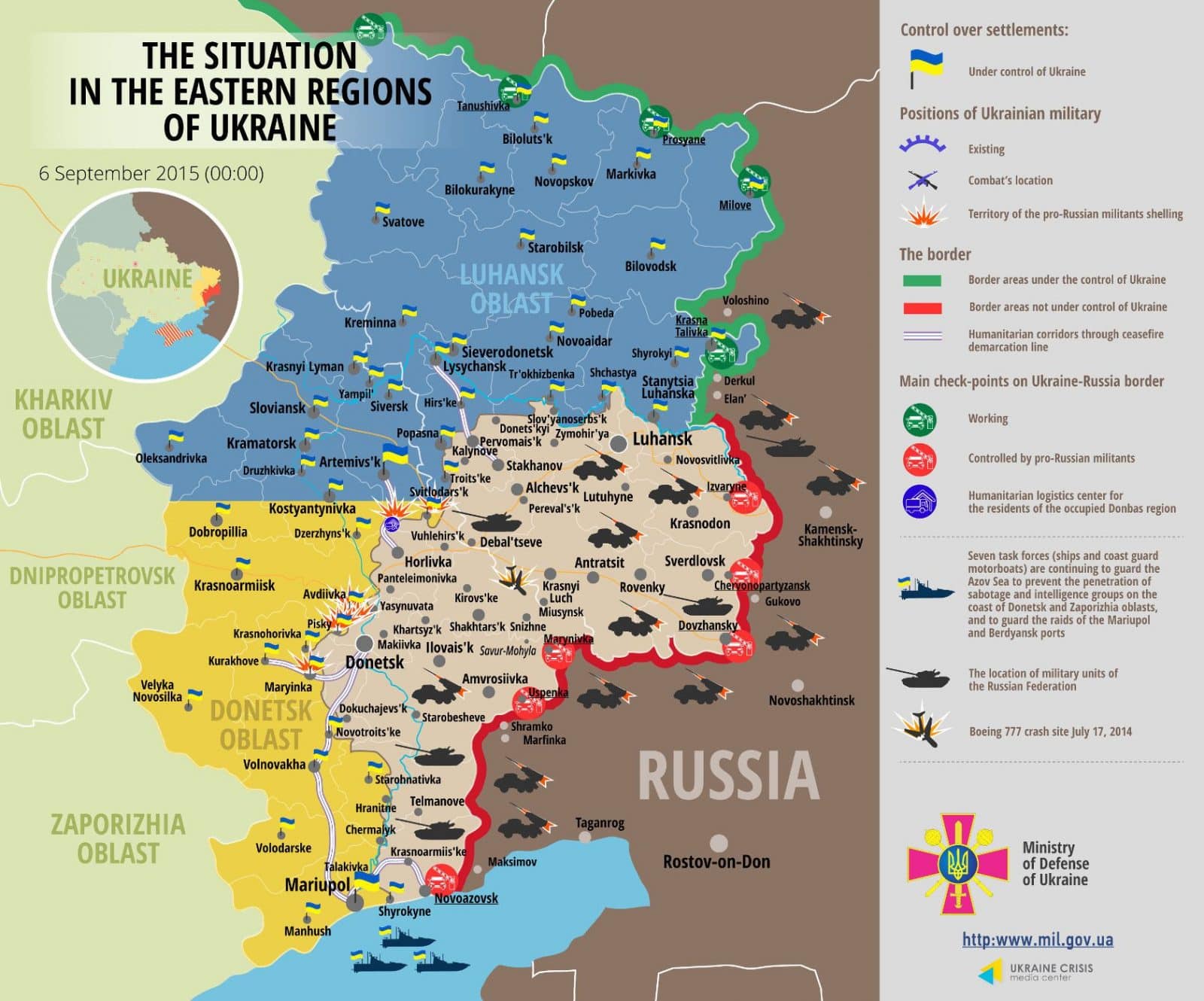 Militants instigated several brief armed provocations in the vicinity of Donetsk airport, in particular near Avdiivka, Opytne and Pisky. Russia-backed militants sporadically use prohibited weapons. Insurgent fired at Ukrainian positions from a tank and 120mm mortars.

The Armed Forces incurred no losses in the past 24 hours, but five troops were injured.

Special tactical training exercises of the South operational command forces are in progress near Mykolayiv, at Shyrovyi Lan military training grounds. Having completed the training, the troops will return to Donetsk and Luhansk regions.

Force rotation is taking place among Ukrainian troops and law enforcements. Troops from special armored infantry battalion came back to Dnipropetrovsk from the ATO zone. A composite police detachment which used to guard strategic location at Vuhlehirska combined heat and power plant returned to Cherkasy.