National Security and Defense Council:Militants are demonstratively withdrawing heavy weapons in particular areas at the front thus imitating implementation of the Minsk agreements

Kyiv, September 11, 2015. Complete ceasefire was established in eastern Ukraine yesterday. For the first time this year not a single hostile attack on Ukrainian positions or residential areas was registered. There were no flights of enemy’s unmanned aerial vehicles yesterday either. 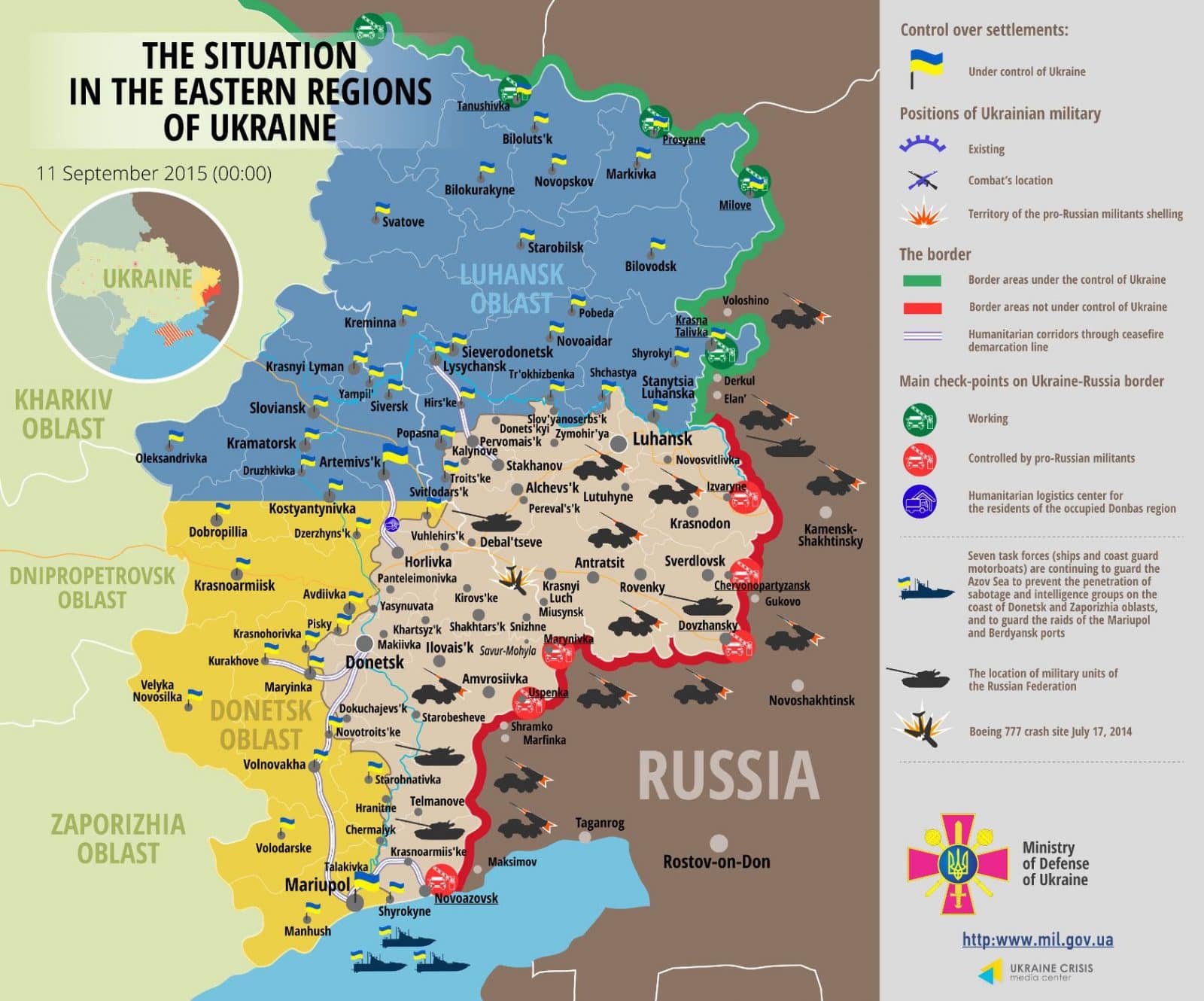 According to the Ukrainian intelligence militants are demonstratively withdrawing heavy weapons in particular areas at the front thus imitating implementation of the Minsk agreements. At the same time considerable enemy forces remain deployed along entire combat line. Russian troops and equipment have not been withdrawn from eastern Ukraine.

Ukraine’s Security Service detained a female militant agent in Luhansk region. The perpetrator was serving in the Ukrainian Armed Forces, when the Russian aggression started she sided with militants and joined the “LPR” militant group. Russian special services recruited her for spying. The woman was tasked to establish contact with the person who is in possession of secret information about ATO forces. The ‘spy’ was detained as she was trying to get the secret materials.

Ukraine’s Security Service neutralized an international communication channel and blocked illegal work of the programmatic and analytical telecommunication complex that was operating in Dnipropetrovsk region. The perpetrators used IP telephony to get incoming international telephone traffic from Russia omitting switching centers. It was later being processed with specialized equipment and sent to the networks of Ukrainian mobile operators under the guise of local phone calls. The equipment in question has been seized.