National Security and Defense Council:Explosive hazards remaining at the frontline and near the state border

Kyiv, October 15, 2015. No militant attacks on Ukrainian positions were registered at the frontline yesterday. No flights of unmanned aerial vehicles were observed. No Ukrainian troops were wounded or died in combat. 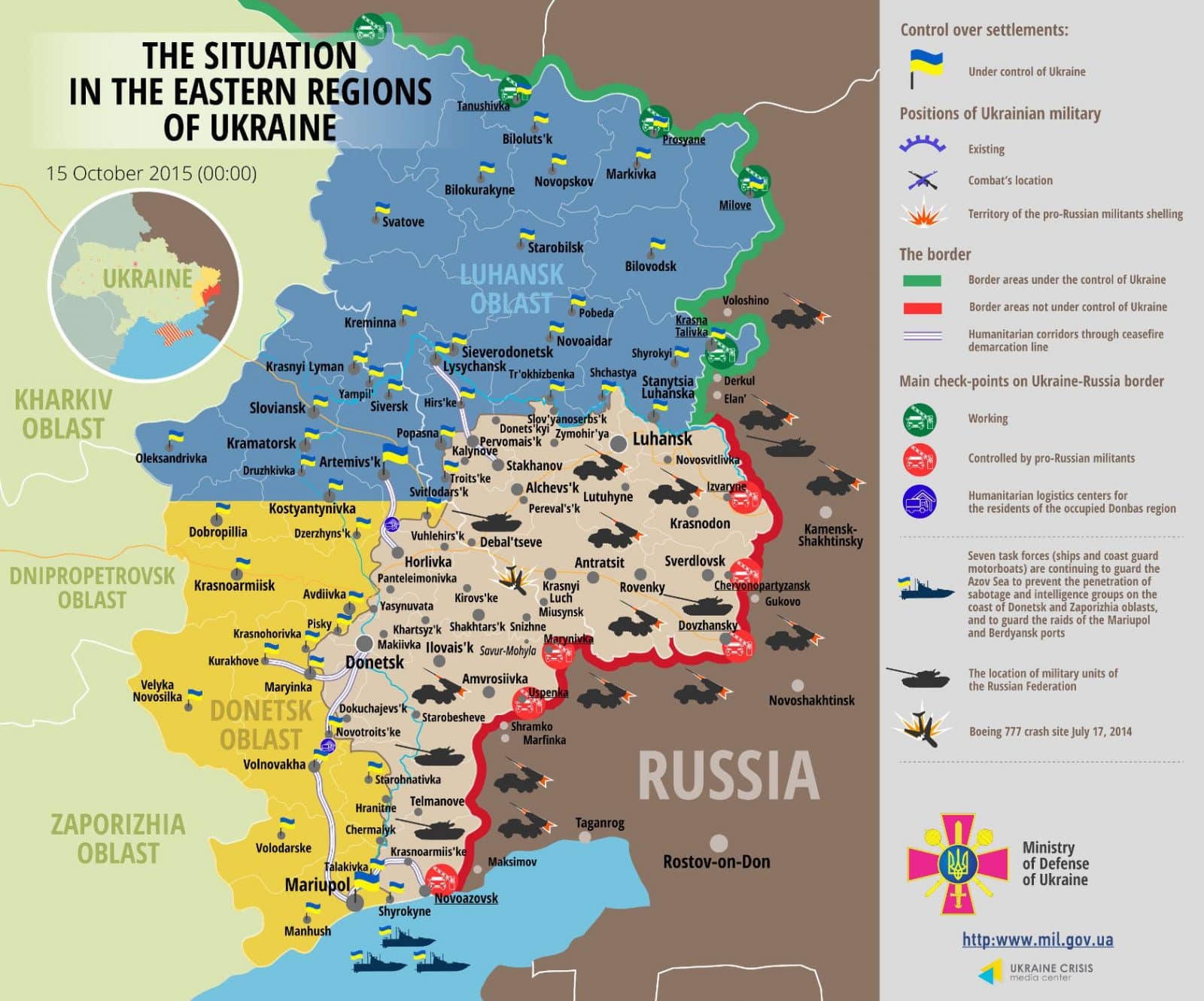 Nevertheless, there are still explosive hazards remaining at the frontline and near the state border. Two troops of the Armed Forces tripped a mine in Stanytsia Luhanska. A vehicle being driven by a Ukrainian border guard tripped a landmine near Krasna Talivka, resulting in light injuries to six troops and severe injuries to three more servicemen. State Emergency Service engineers are working on clearing the area from mines every day. Yesterday they examined almost 9 ha of territory and rendered 16 explosive hazards safe.

The International Red Cross Committee continues delivery of humanitarian aid to the temporarily occupied territory. Eight vehicles proceeded through the Novotroyitske checkpoint on the Mariupol-Donetsk road, carrying construction materials for inhabitants of Donetsk and Luhansk regions.