Kyiv, October 7, 2015. There were no militant provocations on the combat line over the last day. Ukrainian troops incurred no casualties and no servicemen were wounded in action. Over a short period of time the ATO forces have completely withdrawn tanks in Luhansk region to the agreed distance. International monitors are currently supposed to verify the complete absence of Ukrainian tanks in the frontline area. The next stage will be withdrawal of 100mm anti-tank cannons from the delimitation lines. 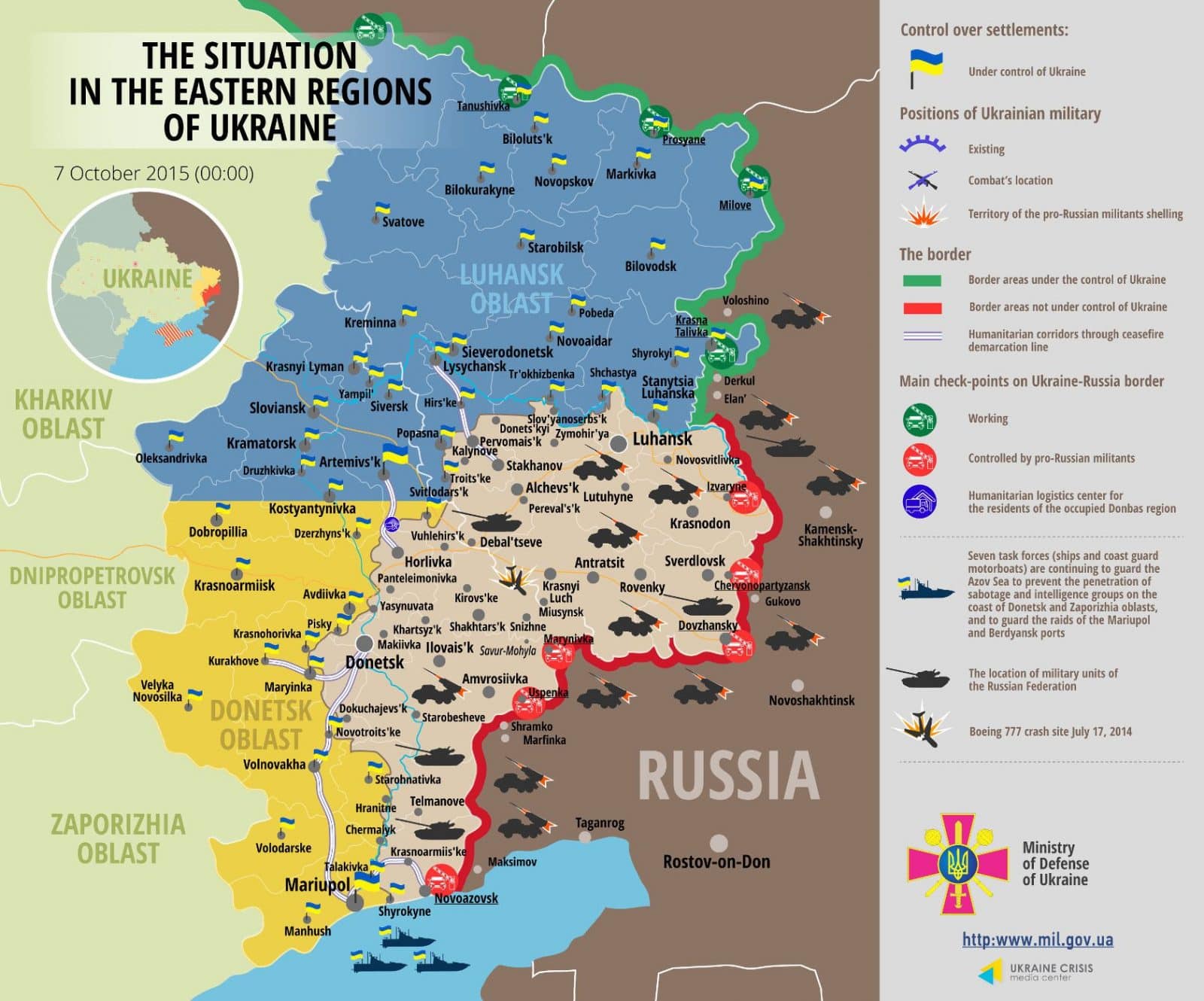 Ukraine’s Security Service detained a militant informer in Kramatorsk yesterday. He was collecting and passing on information on deployment and movement routes of the Ukrainian Armed Forces. Ukraine’s Security Service also detained two persons who were passing on information on ATO forces to the adversary and recruiting locals for participation in subversive acts in Donetsk region.

Ukraine’s Security Service discovered a cache with explosives. Plastic explosives, TNT blocks, grenades for under-barrel grenade launchers, hand-held grenades and a large amount of 5.45mm and 14.5mm ammunition rounds were discovered near the railway station at Aslanove north of Mariupol.

In Pershotravneve, Donetsk region, police detained a local resident who was keeping weapons and ammunition at home. The detained man found a wooden box with ammunition in the woods in mid-August 2015. The box contained a grenade for under-barrel grenade launchers and 117 7.62mm automatic rounds of ammunition.

One more illegal arsenal was seized in Avdiivka. A local was keeping weapons and ammunition in a private house. Law enforcement officers seized and sent for analysis a hand-held anti-tank grenade launcher, two RGD-5 grenades with fuses and 90 rounds of Kalashnikov rifle ammunition.