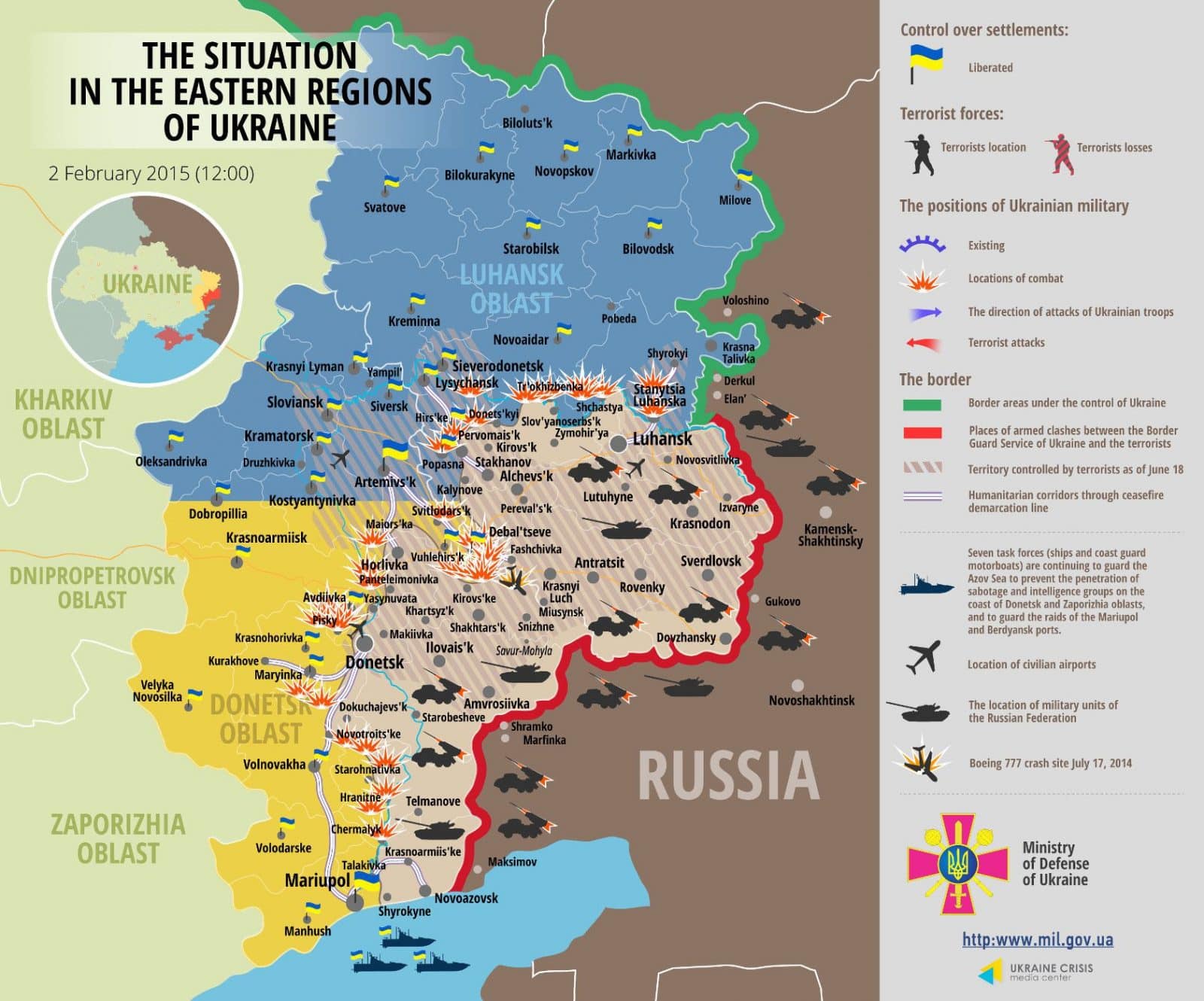 Most complicated remains the situation around Debaltseve, illegal armed groups keep storming the positions of Ukrainian military near Vuhlehirsk, Sanzharivka and Nyzhne Lozove of Artemivsk district in Donetsk region to gradually force out the ATO forces units from the positions held. Over the last day terrorists stormed the strongholds and block posts of Ukrainian servicemen near Luhanske locality of Artemivsk district and Leninske locality (Donetsk region). All militants’ attacks were repelled. In Debaltseve terrorists shelled the city council building where the Joint Center for Coordination and Control set up according to the Minsk accords is located. In such a way militants demonstrate that they do not want to restore peace in Donbas. In the last day 5 Ukrainian servicemen were killed, 30 got wounded.

Due to frequent artillery and mortar shelling by militants access through the control points “Kurakhove” and “Heorhiyivka” at the “Donetsk-Kurakhove” road direction has been temporarily stopped. Yesterday at the “Pavlopil-Mariupol” direction Ukrainian border guard unit noted the flight of an enemy’s UAV.

Criminal groups “DPR” and “LPR” in cooperation with the special forces units of the Russian Federation Armed Forces are intensifying subversive-reconnaissance activities on the territory controlled by Ukrainian authorities. According to the ATO spokesman the enemy plans a row of activities to stir up the population to conduct protests, block the work of state authorities, distribute provocative information materials in public transport, at railway stations, markets and in other public places.