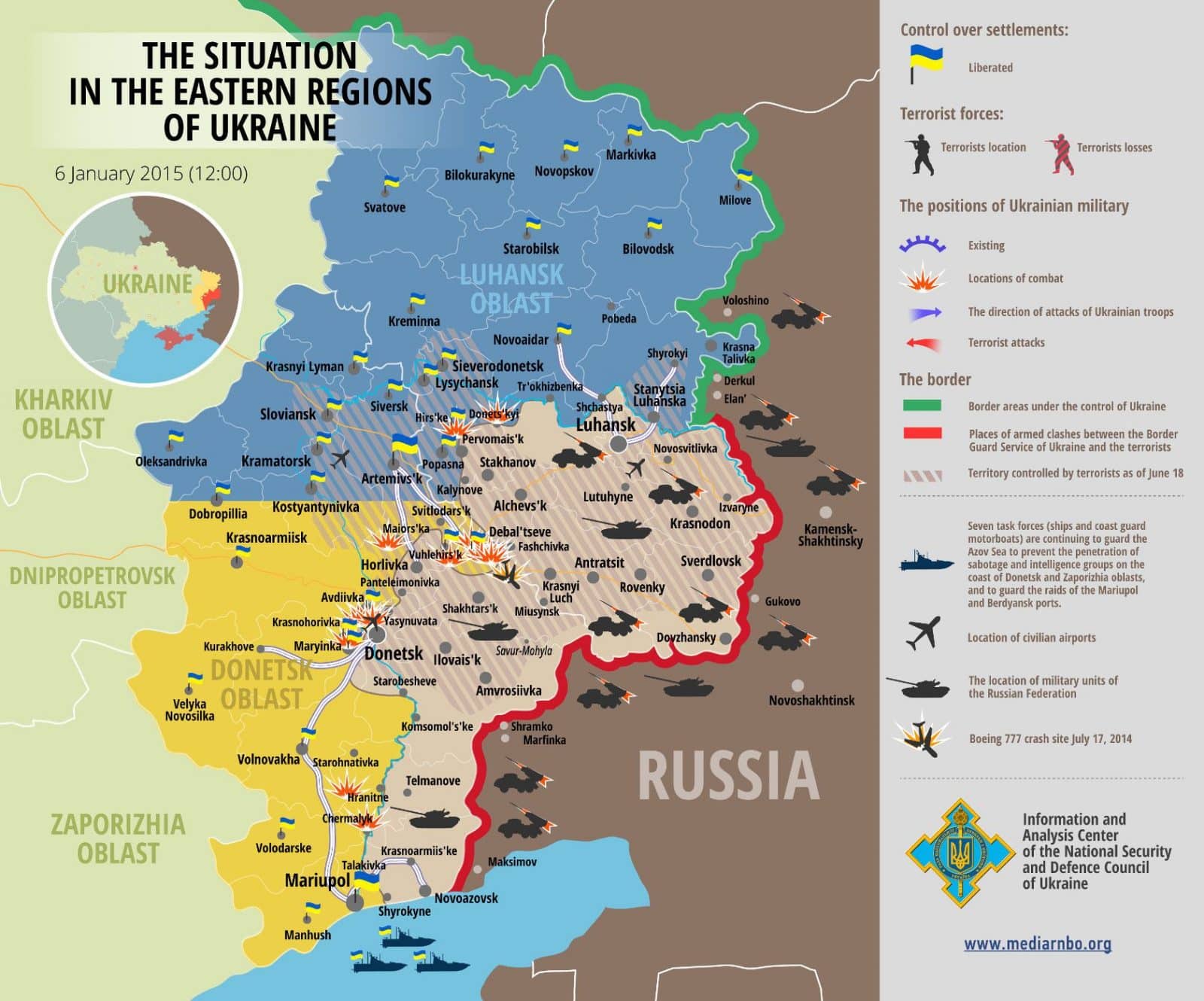 It’s been confirmed that the terrorist continue to instigate provocations in Donetsk, Luhansk and Mariupol areas in the ATO zone. One servicemen was wounded as a result of sniper fire near Nykyshyno of Donetsk oblast. Also, Ukrainian special forces arrested members a criminal group, and confiscated a gun with a silencer, ammunition and two grenades, next to Kurakhovo of Donetsk Oblast.

Any movements to and from the occupied territories will be restricted to seven transport corridors. These are: “Luhansk – Shchastya – Novoaidar”, “Luhansk – Stanytsya Luhanska – Shyrokyi”, “Fashchevka – Debaltsevo – Mariupol (via Volnovakha)”, “Novoazovsk –Krasnoarmeysk – Talakovka – Mariupol”. All other routes through the buffer zone will be closed.

12 soldiers died and 21 were injured as a result of the traffic accident near Artemivsk yesterday. The most injured were hospitalized where they are getting appropriate medical treatment. The information about seven Ukrainian soldiers who were taken hostage and are currently held in Donetsk has been confirmed.
06.01.2015