National Security and Defense Council:Ukrainian Armed Forces do not incur any losses in the last 24 hours

Kyiv, April 20, 2015. Ukrainian Armed Forces did not incur any casualties in the last day. The number of ceasefire violation incidents has drastically decreased. Pro-Russian militants did not use artillery and armored vehicles against the Ukrainian forces, however, kept on instigating isolated armed provocations. Militants shelled our positions five times from 120-mm mortars in the Donetsk sector. 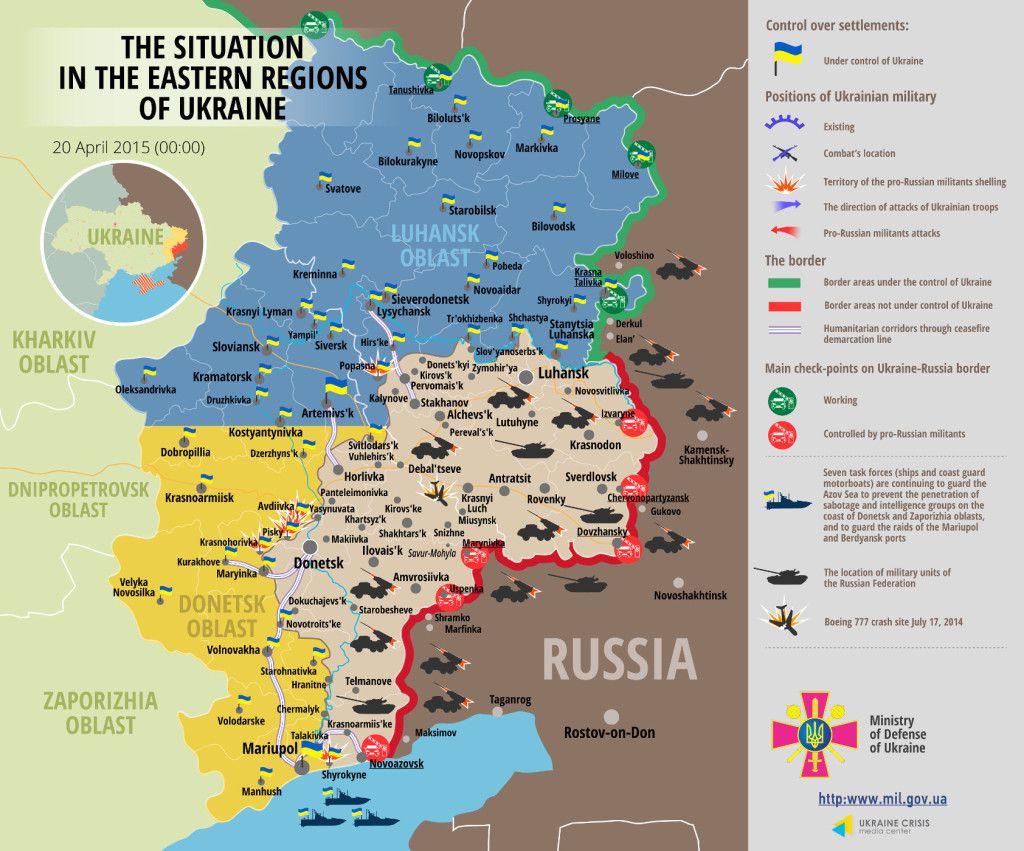 Fighting continued around Shyrokyne village, on the outskirts of Donetsk, namely in Avdiivka, Opytne, Pisky and Krasnohorivka, and in Popasna of the Luhansk region.

Ukrainian representatives at the Joint Center for Control and Coordination together with the OSCE Special Monitoring Mission agreed to set up an additional Ukrainian observation post in Pisky. Additionally, the Ukrainian side has suggested installing web-cameras in Avdiivka in order to record all violations of Minsk agreements in the area.

Ukrainian border guards seized over 1 million hryvnias in cash while searching a passenger bus at the “Heorhiyivka” control point. According to the bus driver, he received the money from an unknown woman in Snizhne and had to deliver them to Zaporizhzhia.

The Ukrainian police seized three Kalashnikovs and a hunting rifle, grenades, a knife and ammunition during a search of the vehicle that was heading to Shchastya. One of those detained turned to be a Russian citizen wanted back in his home country.