Kyiv, 13 January 2015 – The situation in the anti-terrorist operation (ATO) is becoming more tenuous. In the past twenty-four hours, pro-Russian militants fired a total of 84 times at Ukrainian military positions in 33 localities. The militants used artillery, tanks and Grad multiple rocket launcher systems. Ukrainian servicemen strictly comply with the ceasefire regime, but responds with a powerful rebuff in the case of provocative actions on the part of terrorists,” he stated Due to the attentiveness “of our servicemen a subversive group was [also] destroyed as it attempted to cross the delimitation line between the ATO zone and the adjacent part of Ukraine. As a result of successful maneuvers by a group of the Azov battalion, the military managed to avoid losses. 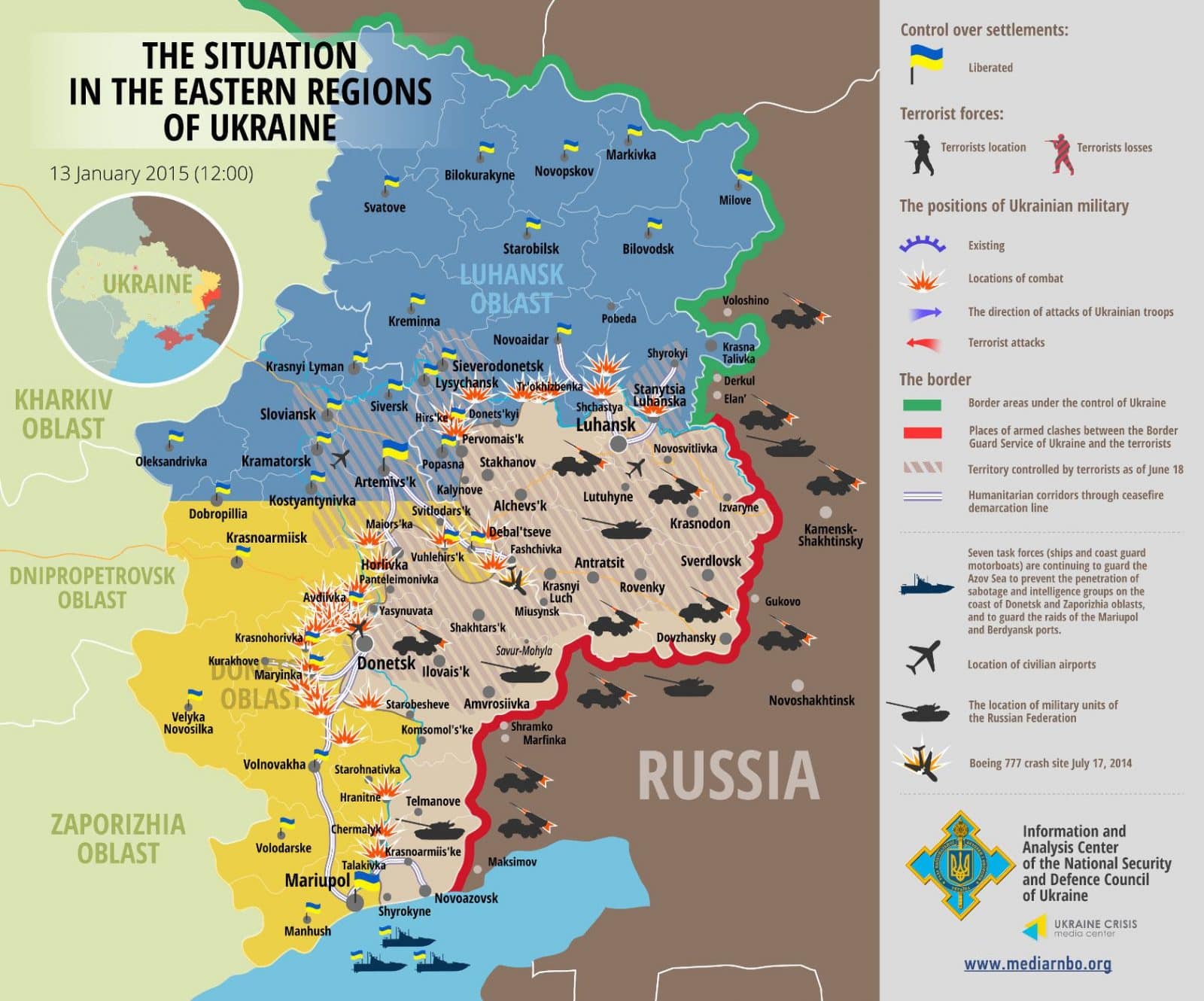 As a result of combat actions, one Ukrainian serviceman was killed, and another ten were wounded. The intensification of aggressive actions on the part of terrorists in the last days and attempts to redraw the delimitation line testifies to the fact that Russian military and terrorists are intentionally choosing to escalate tensions in Donbas.

Ukrainian border guards continue to secure the state border and the crossing points at the cease fire line. In the past day, ATO units observed the increase of UAV reconnaissance in the proximity of Donetsk, Mariupol and Luhansk. As militant groups continue to fire at Ukrainian positions, the access of persons and vehicles through the control point “Hnutove” has been temporarily stopped. This decision was made to protect the local population.
13.01.2015