Kyiv, April 6, 2015. Ukrainian authorities restored control over the village of Katerynivka in the Luhansk region, which is located at the demarcation line. It falls into the area of direct control of the Ukrainian government. 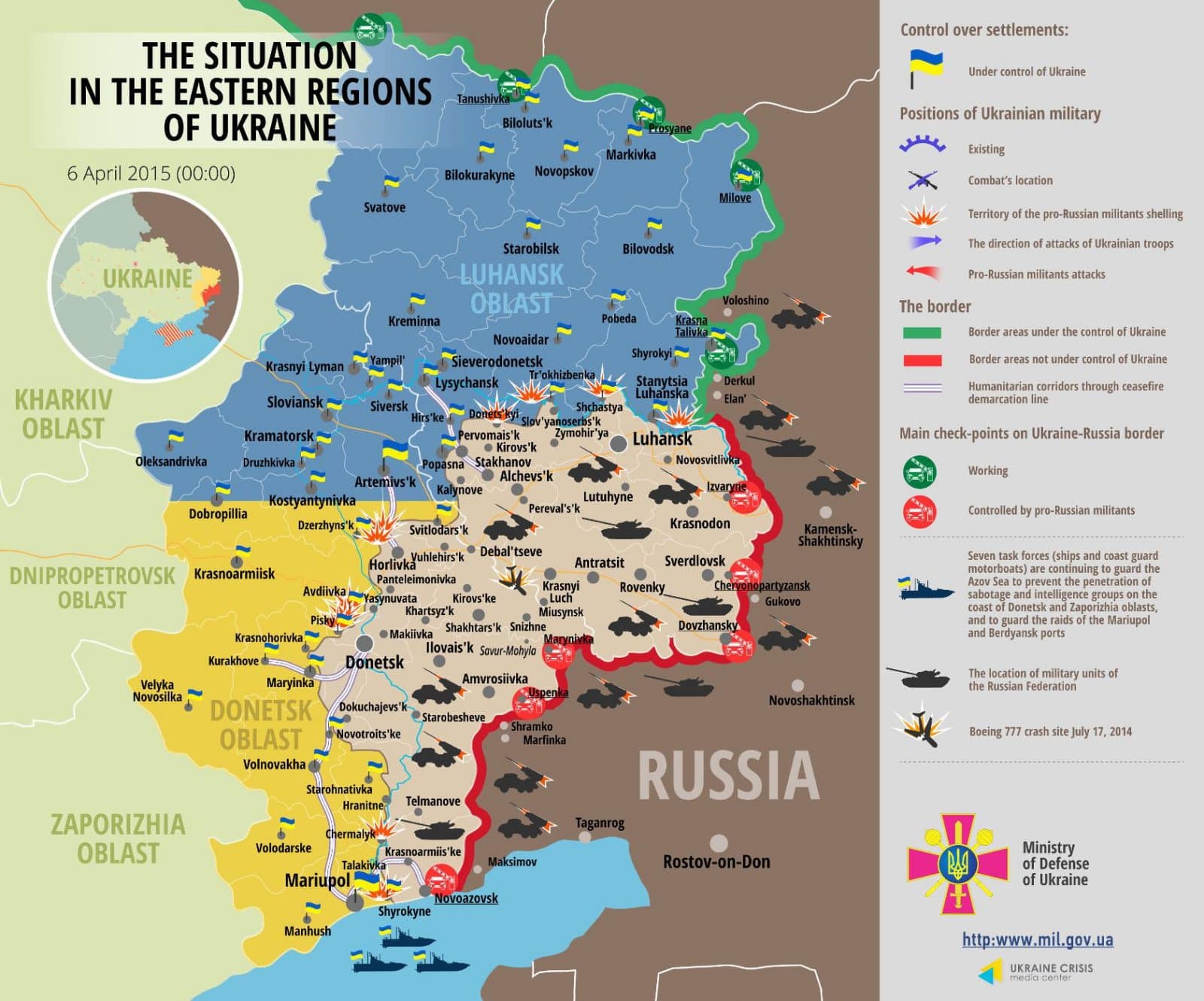 Pro-Russian militants keep instigating isolated armed provocations against Ukrainian military positions along the entire demarcation line; they have also fired from the artillery once. Areas around the Donetsk airport, as well as those next to Mariupol and Horlivka and Shchastya were the hotspots of the conflict.

A Ukrainian military vehcile has violated traffic rules and rode over a mine near Shyrokyne. The explosion killed two Ukrainian soldiers and one got wounded. We urge all local residents to strictly adhere to the traffic rules in the ATO zone and choose only safe routes.

Four Ukrainian servicemen were killed in action and one got wounded in the last 24 hours.

Skirmishes among different pro-Russian militant groups escalate due to the lack of funding and deteriorating morale.

Ukraine’s border guards detained two militants at one of the block posts in the Luhansk region. Suspects possessed IDs that identified them as active participants of Russia-backed militant groups. Another militant was detained in Dzerzhynsk. He was involved in seizing the City Council building last year, and in other subversive acts that aimed to intimidate civilians. Moreover, Ukrainian law enforcers detained a female resident of Selydove who was gathering intelligence about the Ukrainian Armed Forces stationed in the area.