Kyiv, 25 December 2014 – Ukrainian law enforcers and counter-intelligence personnel detained several highly dangerous pro-Russian terrorists who were planning bloody terrorist acts likely to cause civilian casualties. Yesterday counter-intelligence unit of Ukraine’s Security Service detained a deep-cover subversive group guided by Russian special services that was preparing a massive subversive act at one of Ukraine’s biggest storage facilities for small arms in salt mines of Artemivsk district in Donetsk region. The militants were getting ready to blast the mine’s main shaft with 45kg of explosive that they received from the “DPR” terrorist organization. 3 improvised explosive devices filled with hexogen, plastic-bonded explosives, metal elements and 7 radio-guided detonators were seized in the place of subversives’ residence (one of them based on MON-90 mine). The following items were discovered and seized in the backyard hidden in a cache and covered with soil: Makarov pistols with bullets, several charged magazines for the AK assault rifle, around hundred grenades and grenade launchers of various models, firecrackers, smoke bombs as well as topographic maps, the Russian flag and St. George’s ribbons. The lawbreakers also planned to commit a series of explosions at key infrastructural objects and in residential areas of Artemivsk. Investigation is underway. 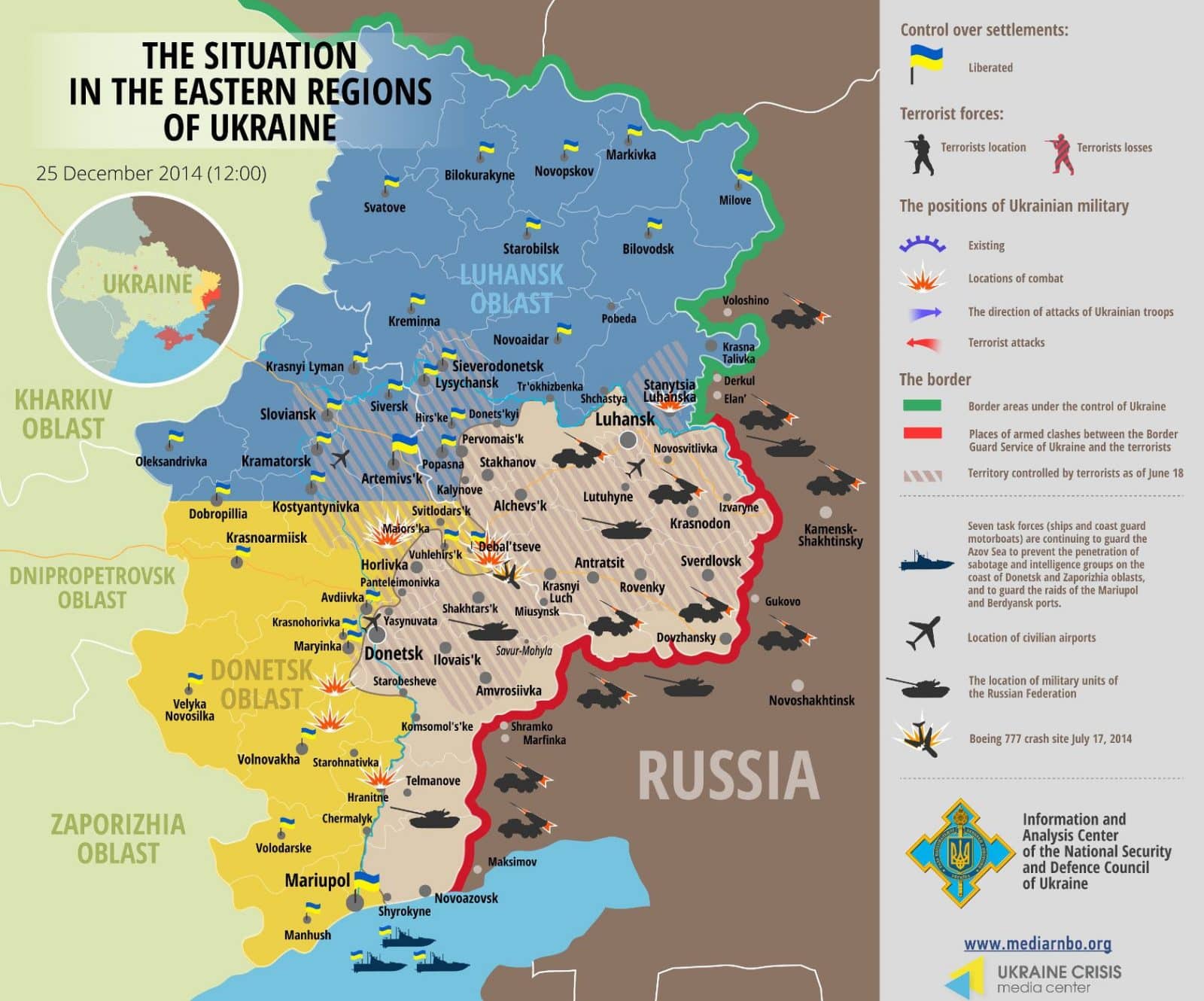 Within the last day the number of times provocative shots were fired by militants in the ATO zone decreased considerably. No Ukrainian servicemen were killed, 1 serviceman was injured.

Within the last day the enemy has significantly intensified its aerial reconnaissance activities. Ukrainian border guards saw UAVs deployed 19 times in the area of Sartana, Velyka Novosilka localities in Donetsk region, Krasna Talivka in Luhansk region and at the administrative border between Kherson region and the occupied Autonomous Republic of Crimea.

Corruption and racketeering are on the rise among the terrorists that causes further impoverishment of the Donbas people.

As per the intelligence data Horlivka residents are unsatisfied with the fact that terrorists’ leaders completely ignore the needs of the local population and are conducting fraudulent actions with Russia’s humanitarian aid. In Luhansk region the militants have invented a new way of racketeering local entrepreneurs. They force all providers of transportation services operating passenger buses at the routes going outside of the occupied territories to pay a 20% duty from their profit. We herewith underline that the above “duties” are illegal, the funds collected will be used by the militants for their own needs and to finance the new terrorist acts and in no way to support peaceful life in Donbas.

As per the reconnaissance data bandits of the so-called “DPR” illegal group are trying to fill their ranks by enlisting local children and teenagers from 16 to 18 years old. It is a violation of the Article 38 of the Convention on the Rights of the Child.
25.12.2014