National Security and Defense Council: Ukrainian Armed Forces do not incur any casualties over the day

Kyiv, May 28, 2015. Ukrainian Armed Forces did not suffer any casualties in the last 24 hours in the course of military engagements. Number of ceasefire violations reduced almost twofold. 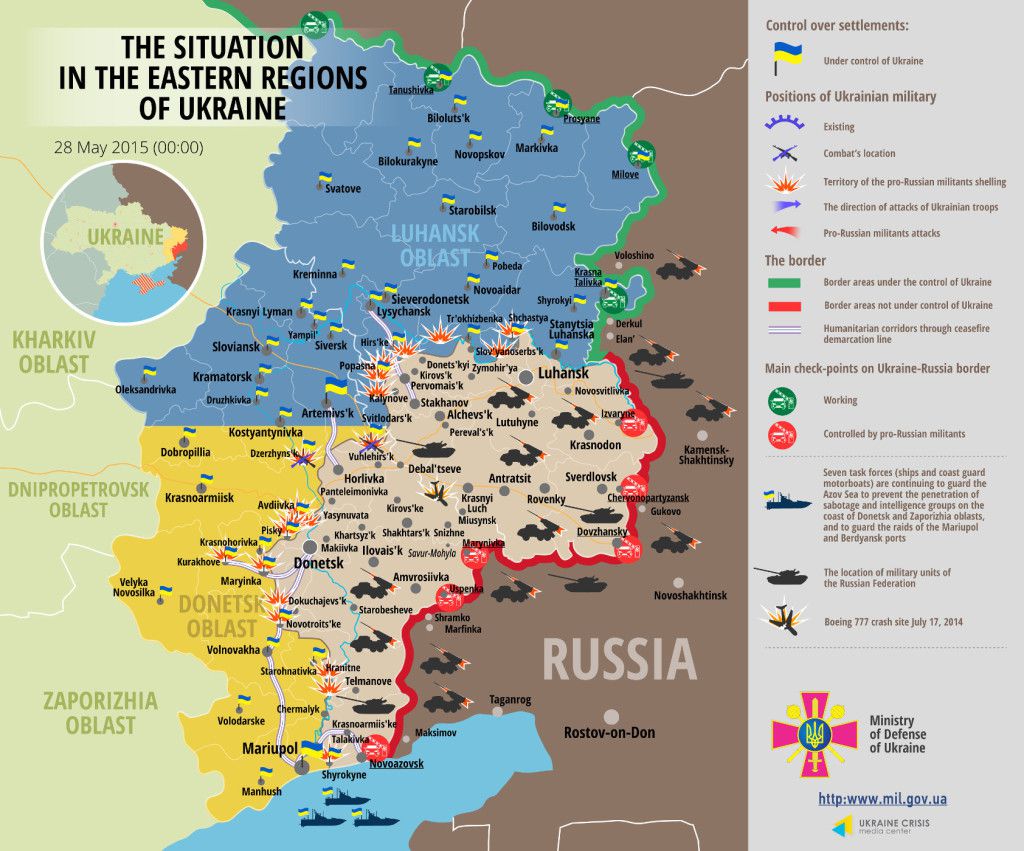 No cases of pro-Russian militant groups use of heavy weapons have been recorded in the Donetsk sector. Isolated armed provocations took place near Maryinka and Lozova. The enemy fired at the Ukrainian positions from anti-aircraft guns by Krymske. Militants also shelled the outskirts of Popasna from the 122-mm artillery, killing a female civilian. In the Mariupol sector, areas around Mykolayivka and Shyrokyne came under fire from mortars and 122-mm artillery

Meanwhile, Ukraine’s Security Service averted explosion of a road bridge in Pavlohrad, Dnipropetrovsk region. Two subversives were detained when they were planting an improvised explosive device under the bridge. The operatives also detained a resident of Dniprodzerzhynsk who promoted anti-Ukrainian propaganda on a number of websites, as well as a woman who participated in anti-Ukrainian rallies in Severodonetsk last spring. She was also collecting money for militants and recruiting new mercenaries.