Kyiv, March 27, 2015. Ukraine’s security services have detained Denys Gordeyev suspected in of killing the SBU Captain Viktor Mandzyk on March 21 in Volnovakha, Donetsk region. Gordeyev was planning to leave the country, yet he got arrested by our operatives. They seized a pistol and ammunition rounds from him. 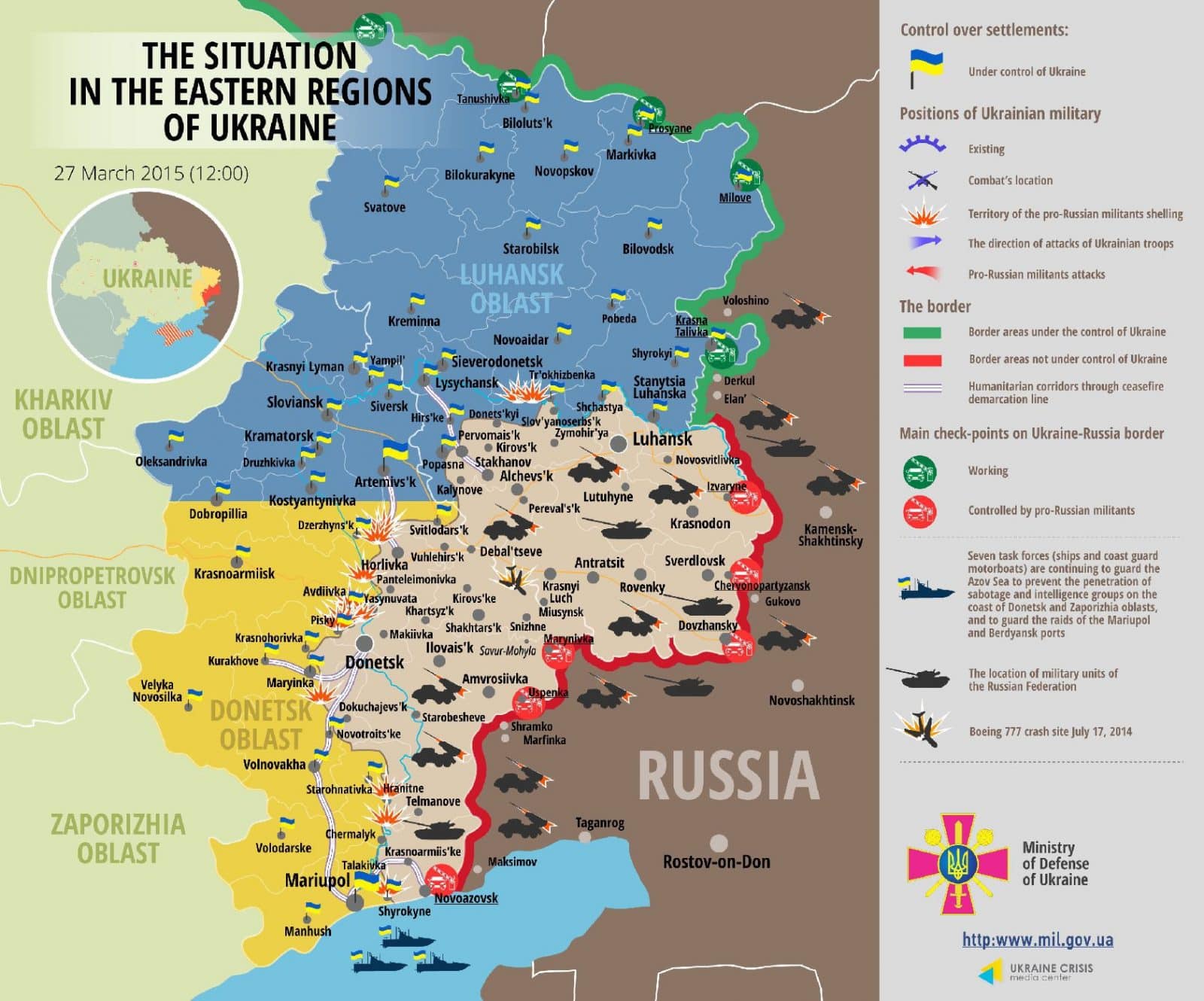 Ukrainian counter-intelligence detained one more suspect in the murder of a policeman from the Sokil police unit on February 23. SBU reports that the suspect is Mykola Grynenko who was part of the pro-Russian subversive group that organized terrorist acts in Mariupol. The suspect committed suicide when he realized that he was trapped.

No cases of artillery use and that of armored vehicles has been recorded over the last day. However, the militants fired from mortars, grenade launchers and small arms to attack the Ukrainian military positions along the contact line except for the eastern parts of the Luhansk region. Ukrainian servicemen also spotted seven enemy UAVs near Mariupol.

Ukrainian Armed Forces did not suffer any lethal casualties in the last 24 hours; one serviceman got wounded.

Russian proxies impeded the work of the OSCE Special Monitoring Mission to Ukraine. An armed individual with a Cossack commander approached the monitors close to Perevalsk, Luhansk region, aggressively demanding to leave the area. Also an armed individual on the “LPR”-held territory of Stanytsia Luhanska raised his AK47 rifle and aimed at SMM patrol members. Furthermore, following the long talks and two refusals from the militants to monitor concentration sites where they store heavy weapons, the observers had finally accesses to one of the three buildings with arms. The other two buildings locked.

Meanwhile, the Ukrainian counter-intelligence detained two recruiters of the so-called “LPR”. Also, a turncoat policeman who helped pro-Russian militants and plotted a series of crimes in Mariupol was detained as well.