Kyiv, May 7, 2015. Three Ukrainian servicemen of the 13th Motorized Infantry Battalion were released from militant captivity. Dmytro Kyrychek, Dmytro Martynenko and Vitaliy Myshasty, who were taken captive during the battles for Vuhlehirsk last January, have arrived in Dnipropetrovsk today. 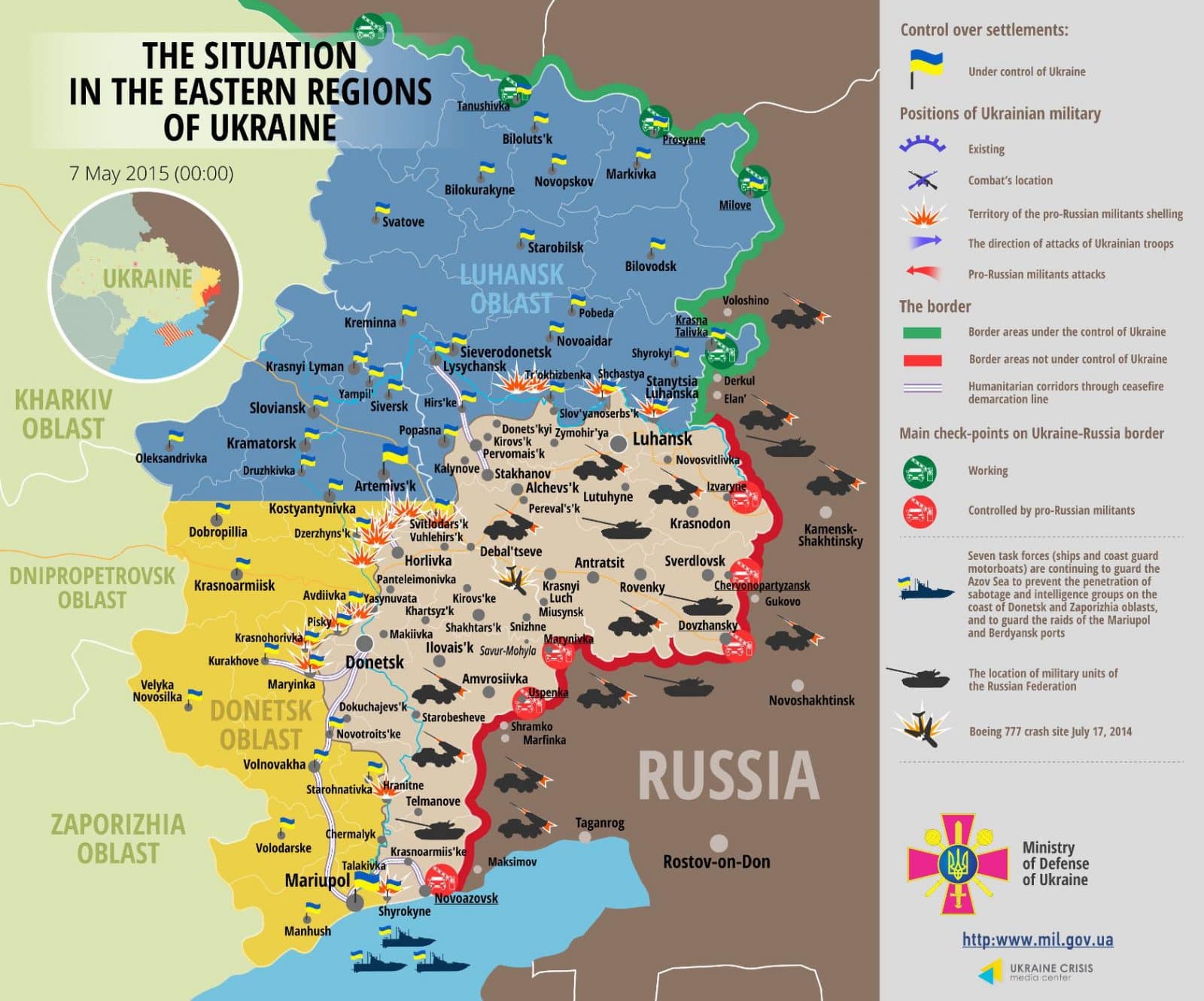 Shyrokyne remained the only major hotspot in the Mariupol sector: 12 firing incidents from various types of weapons took place in the area. Situation remained tense in the areas close to the Donetsk airport and Horlivka in the Donetsk sector. Shchastya, Kryakivka, Orikhove and Stanytsia Luhanska were sites of fighting in the Luhansk sector.

Ukrainian Armed Forces did not incur any lethal casualties, 3 servicemen got wounded in action in the last 24 hours.

Aleksandr Zakharchenko, a “DPR” militant leader, has started a campaign to disarm “Russian Cossack” groups. They will be escorted to internment camps. If they refuse to obey to give up weapons, they will be eliminated immediately.

Ukrainian military engineers have neutralized 92 explosives in the government-controlled areas of Donetsk and Luhansk regions.

The European Union will provide additional two million euro for repair works of boarding houses for internally displaced persons in Sloviansk and Kramatorsk.