Kyiv, January 9, 2015. There is a marked increase in the number of armed provocations against Ukrainian soldiers. Beside firearms and mortars, terrorists used the artillery and “Grad” missile systems immediately after the Russian so-called “humanitarian convoy” arrived to Ukraine on January 8th. Four Ukrainian soldiers were killed and eight more got wounded in the last 24 hours. 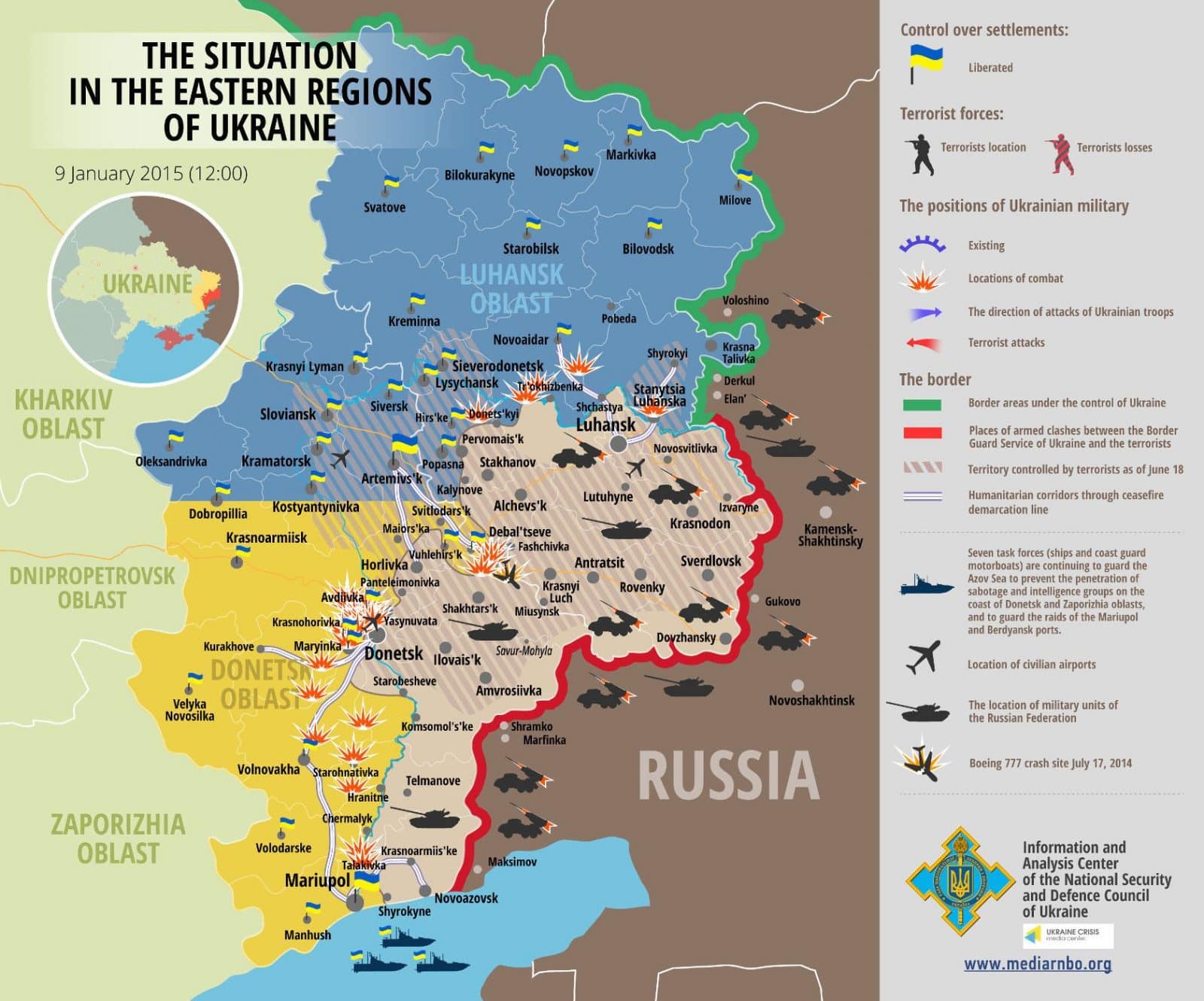 Ukrainian Armed Forces reported about eight instances of enemy drones flying over the eastern and southern areas of the ATO zone. The border guards of the Kherson regiment also spotted four helicopters, flying over the Crimean territory along the administrative border with the Kherson oblast.

Ukrainian border guards detained a citizen of Ukraine who carried an ID of the so-called Vsevylykoho Viyska Donskoho [this name may be attributed to the short-lived Don Republic that emerged during the Russian civil war 1918-1920] who attempted to get through the “Konstantynivka” checkpoint by bus that was going from Donetsk to Uhledar. Furthermore, another terrorist who fought alongside with Motorola, one of the so-called “Donetsk People’s Republic” leaders, has been detained at the “Mykolayivka” checkpoint (Donetsk oblast).

Lysenko noted of the failure of the self-proclaimed Crimean authorities to provide decent living for Crimean residents despite the illegal support from Russia. The so-called Crimean “government” asked Russia for extension of the transitional period for another year.

The ATO press center in Kramatorsk (Donetsk region) has started issuing press cards for journalists to work in the ATO zone. Journalists must be pre-accredited by the State Security Service of Ukraine and contact the ATO press center by calling 0986713040. Terms and conditions for getting the press card are available on the Ministry of Defense website.

Around 400 airborne troops from Lviv were sent to the ATO zone as part of the military rotation process. At the same time, soldiers of the Slobozhanska Brigade of the National Guard of Ukraine returned to Kharkov after serving their duty in eastern Ukraine.
09.01.2015