Kyiv, May 14, 2015. Ukrainian intelligence reports that pro-Russian militants have used the OSCE insignia to move on the territories close to the frontline and gather intelligence in breach of the international law and the rules of war. It is worth noting that militant groups members drive vehicles, which are not in use by the OSCE SMM monitors. Also their routes do not coincide with those used by the monitors. 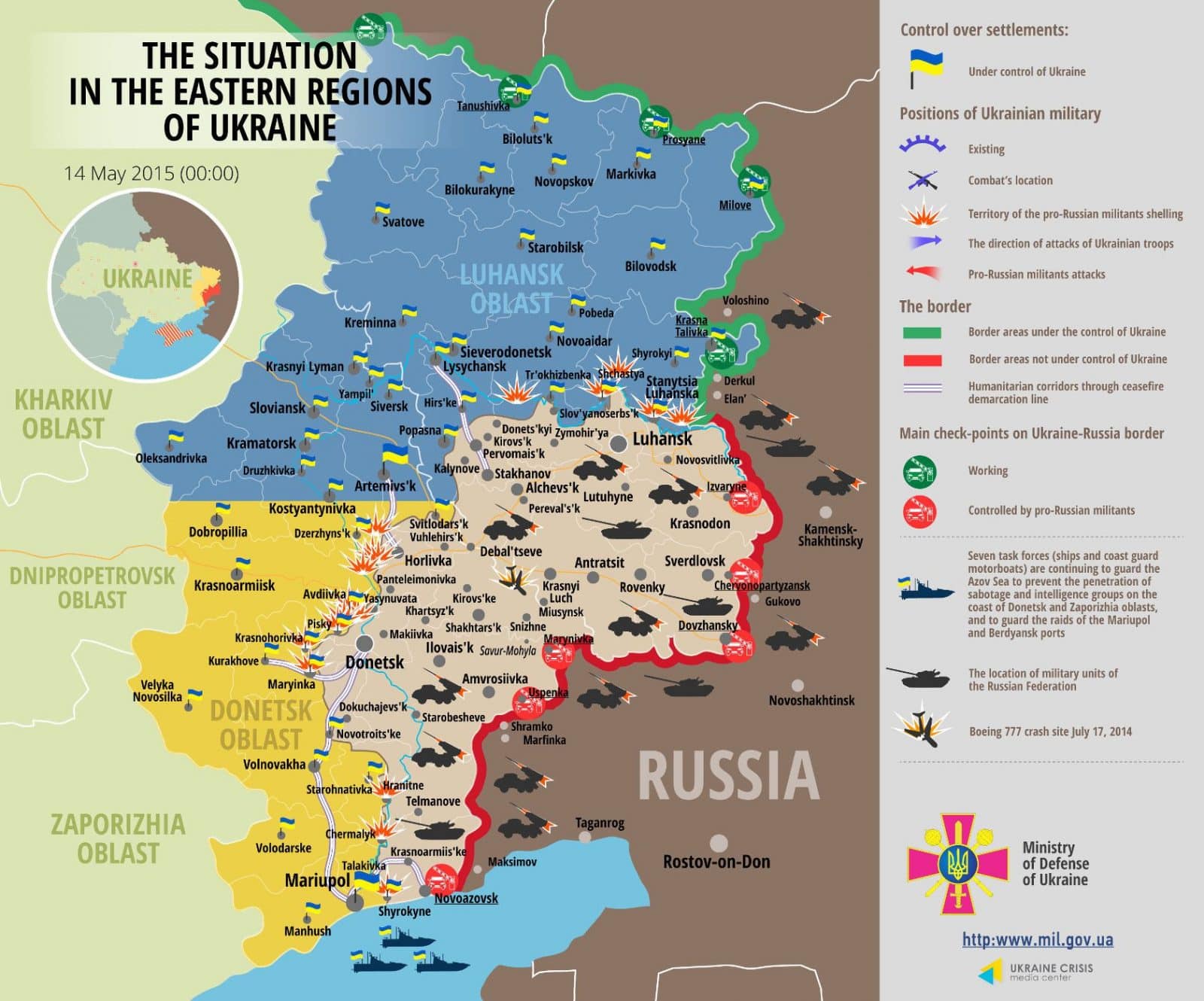 OSCE observers noted the disappearance of six Grad multiple rocket launchers and four self-propelled howitzers from the concentration site that belongs to the so-called “DPR”.

Fighting has intensified in Shyrokyne in the Mariupol sector. Militants shelled the Ukrainian military positions from the 122-mm artillery located in Sakhanka. In the Donetsk sector, military action took place mostly in the airport area –from Krasnohorivka to Avdiivka. They have also made shelled 122-mm cannons at the Ukrainian forces in the western outskirts of Horlivka. In the Luhansk sector, exchange of fire continues in the area of Shchastya and Stanytsia Luhanska. Civilian objects came under fire too – militants targeted a power plant in Shchastya.

Ukrainian Armed Forces did not suffer any lethal casualties; four servicemen got wounded in action in the last 24 hours.

The Dnipropetrovsk district court imprisoned a “DPR” fighter for 9 years for plotting to blow up a military station. Ukraine’s Security Service detained him in October 2014. During the search of his apartment, the operatives seized 16 kg of explosive with detonators, a Makarov pistol, ammunition rounds and documents that confirmed his involvement in the Russia-backed militant groups.