Kyiv, 19 March 2015 – A commander at the “DPR” checkpoint in Zaichenko threatened to shoot the OSCE monitors if they failed to comply with his orders. The reason behind such a reaction was the attack on a military truck in which two militants were killed and one more got injured. Any kind of threats to the monitors blatantly violate the international law and the Minsk agreements. In turn, Ertugrul Apakan, Chief Monitor of the OSCE Special Monitoring Mission in Ukraine, stated that the Ukrainian Armed Forces fully comply with the peace treaty. 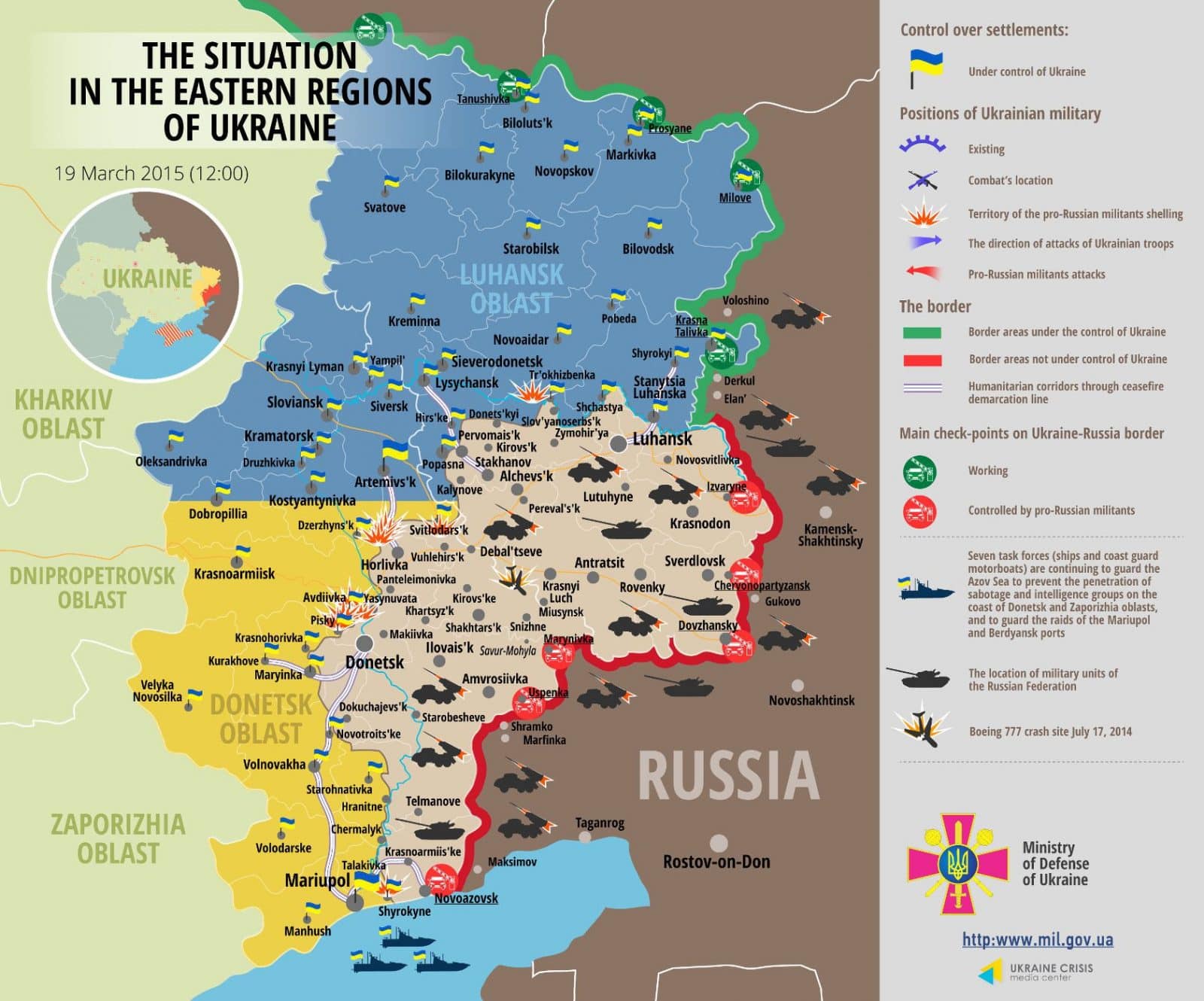 A number of areas such as Shyrokyne, locations around the Donetsk airport, as well as the outskirts of Horlivka and the north of Debaltseve remain the hotspots of the conflict. Militants have also violated provisions of the Minsk agreements regarding the heavy weapons withdrawal. They fired eight times from the artillery and conducted four tank strikes over the last day.

Ukrainian Armed Forces did not suffer any lethal casualties; one serviceman got wounded in the last 24 hours.

So-called “republics” experience a considerable shortage of manpower due to physical losses and the militants’ refusal to engage in combat actions. Militant groups are trying to replenish their forces by recruiting high school and college students. Colonel Valentyn Fedichev, Deputy Head of the Anti-Terrorist Operation, confirmed this information. The training center for young militants is located in Starobesheve.

The Government of Ukraine rewards its soldiers for successful accomplishment of combat missions. For example, servicemen of the 128th Mechanized Brigade received over 55,000 UAH for having seized the enemy’s T-72 tank. Eight soldiers received 6,090 UAH each for completing the mission and additional 1,000 UAH for being on the battlefield.