Kyiv, May 26, 2015. Russia-backed militants shelled the Ukrainian military positions near Avdiivka, which caused fire at the local coke-chemical plant. Ukrainian representatives at the Joint Center for Control and Coordination, militants launched 45 artillery shells and mortar mines at the plant. One civilian was killed as a result of shelling, while the fire on the plant caused ammonium spill. OSCE mission also registered around 200 munitions explosions in the area of the Donetsk airport. 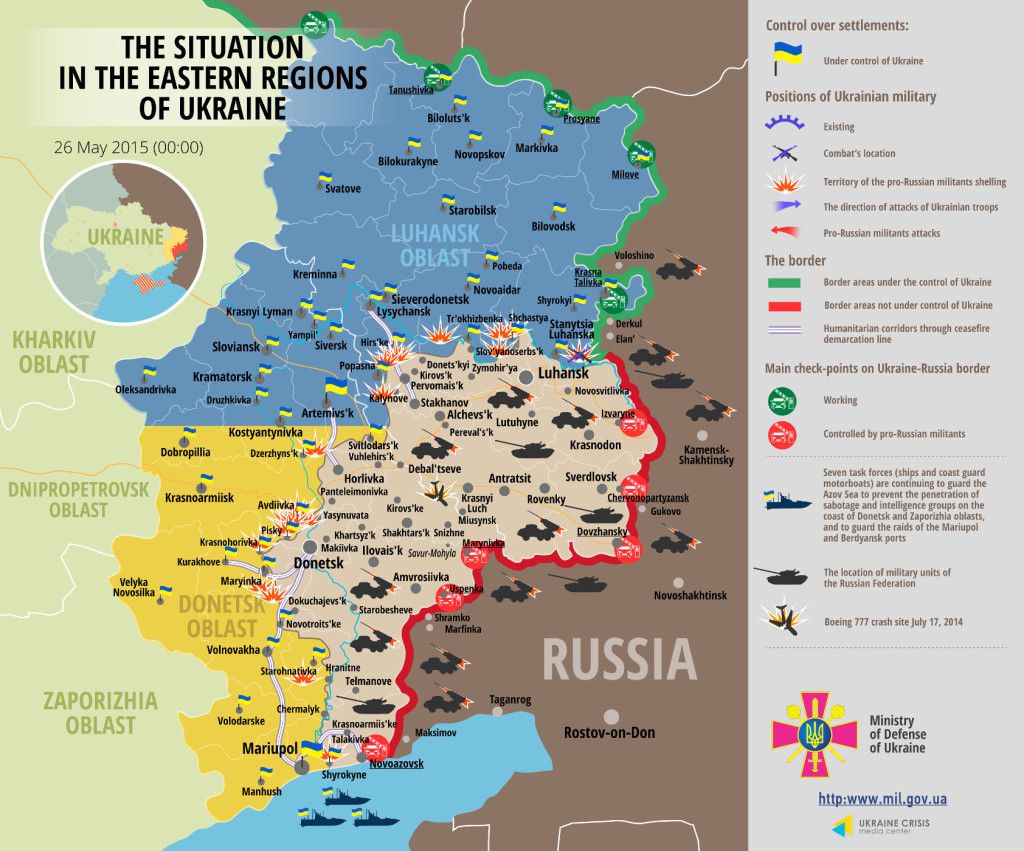 Ukrainian JCCC patrol came under fire yesterday. The incident took place in the Volnovakha district, Donetsk region. As a result, one vehicle was damaged; no casualties incurred. Reasons and responsible of the provocative incident are being clarified.

In the Mariupol sector, Shyrokyne remains the only hotspot of the conflict. In the Donetsk sector, Ukrainian troops have been continuously shelled by areas around the Donetsk airport and on the western outskirts of Horlivka. In the Luhansk sector, fighting continued near Shchastya and on the eastern and northern outskirts of militant-controlled Pervomaysk.

One Ukrainian serviceman was killed in action and 12 got wounded in the last 24 hours.

Ukraine’s Security Service uncovered a criminal ring in the Donetsk region that collected money for the “DPR” fighters.

Also, operatives detained an arms dealer in Zhytomyr region. He was detained in the town of Pobeda, Luhansk region. The law enforcers confiscated a grenade for VOG-25 under barrel grenade launcher, fuses to mines and munitions as well as five rockets for “Uragan” multiple rocket launcher system in his house.