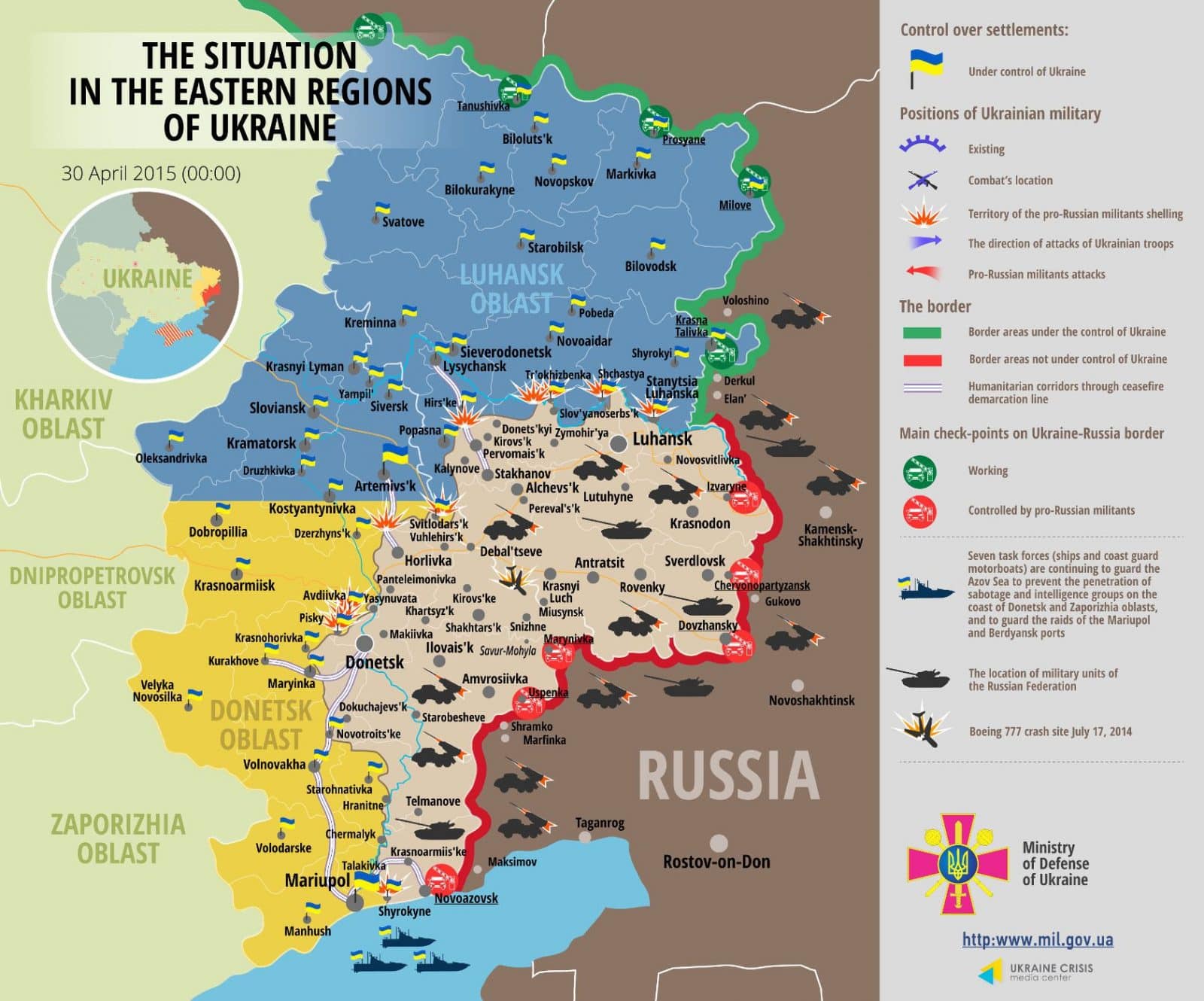 Militants resumed attacks in Shyrokyne in the Mariupol sector. In the Donetsk sector, most tense situation was observed in Pisky.
Ukrainian Armed Forces drove away a pro-Russian subversive group in the area of Zaitseve. Militants were also seen active in the area of Shchastya and Sokilnyky in the Luhansk sector.

One Ukrainian serviceman was killed in action and four got wounded in the last 24 hours.

31 towns in the Donetsk region located on the frontline have been completely cut off from power. Avdiivka, Maryinka, Horlivka, Vuhlehirsk and Debaltseve experienced severe shortages as well.

The law enforcers also seized over 18 kg of plastic explosive, SPM sticky mines and electric detonation blocks in the woods near Kovyaha, Kharkiv region, as well as two dozens of RGD-5 grenades and 16 boxes of 5.45-mm and 7.62-mm rounds in Khmelnytskyy.