Kyiv, May 3, 2015. Russia-backed militants have mortared Pisky; four mines exploded in close vicinity of OSCE observers when they were approaching the observation point. The same OSCE patrol was soon caught in crossfire in Avdiivka where the enemy deployed 152mm artillery. Such assaults blatantly violate international law and Minsk agreements. 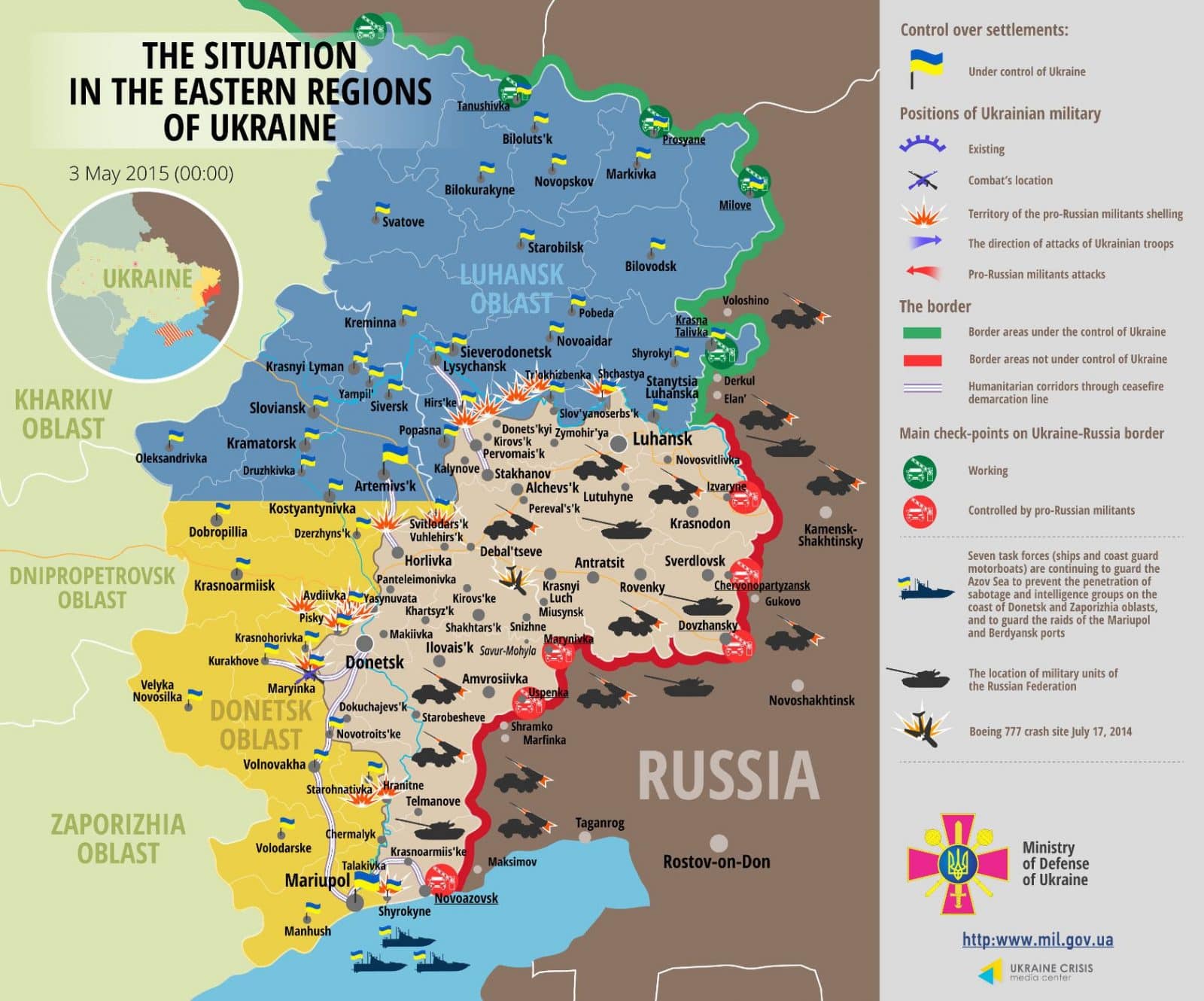 Areas around the Donetsk airport – Maryinka, Avdiivka, Opytne, Pisky, and Putylivska mine – as well as Mayorsk next to Horlivka were the hotspots of the conflict in the Donetsk sector. Militants also shelled the Ukrainian forces near Karlivka from the heavy artillery twice.

Shyrokyne remains the epicenter of the conflict in the Mariupol sector. Militants used small caliber mortars and small arms to attack the village, while they used 120mm mortars to against Ukrainian servicemen by Myrne.

In the Luhansk sector, fighting continued near Shchastya and Krymske; an enemy sniper was active in the area of Zolote town. Furthermore, a local woman died as a result of militant shelling of the Proletarska mine. Attacks of the pro-Russian in an increasing death toll among civilians.

One Ukrainian serviceman was killed in action and six more got wounded in the last 24 hours.

The so-called “DPR” leaders are about to introduce introduce new schemes for smuggling Russian products. Russian proxies are planning to set markets on the Ukrainian-Russian border line in militant-held territories. Counterfeit products from Russia are going to arrive through Uspenka-Matviyiv Kurgan and Novoazovsk-Vesele-Voznesenka border checkpoints.

Ukraine’s Security Service detained pro-Russian subversive who attempted to explode fortifications of the Kharkiv’s line of defence. The operatives confiscated 6 TNT blocks, fuses and other equipment.