Kyiv, June 30, 2015. Russia-backed militants have conducted a series of artillery and mortar attacks at the Ukrainian military positions, stretching from Novotroyitske to Shyrokyne, in the Mariupol sector. Militants changed tactics and started to use heavy weapons even in the daytime. According to the OSCE, civilians have left Shyrokyne. 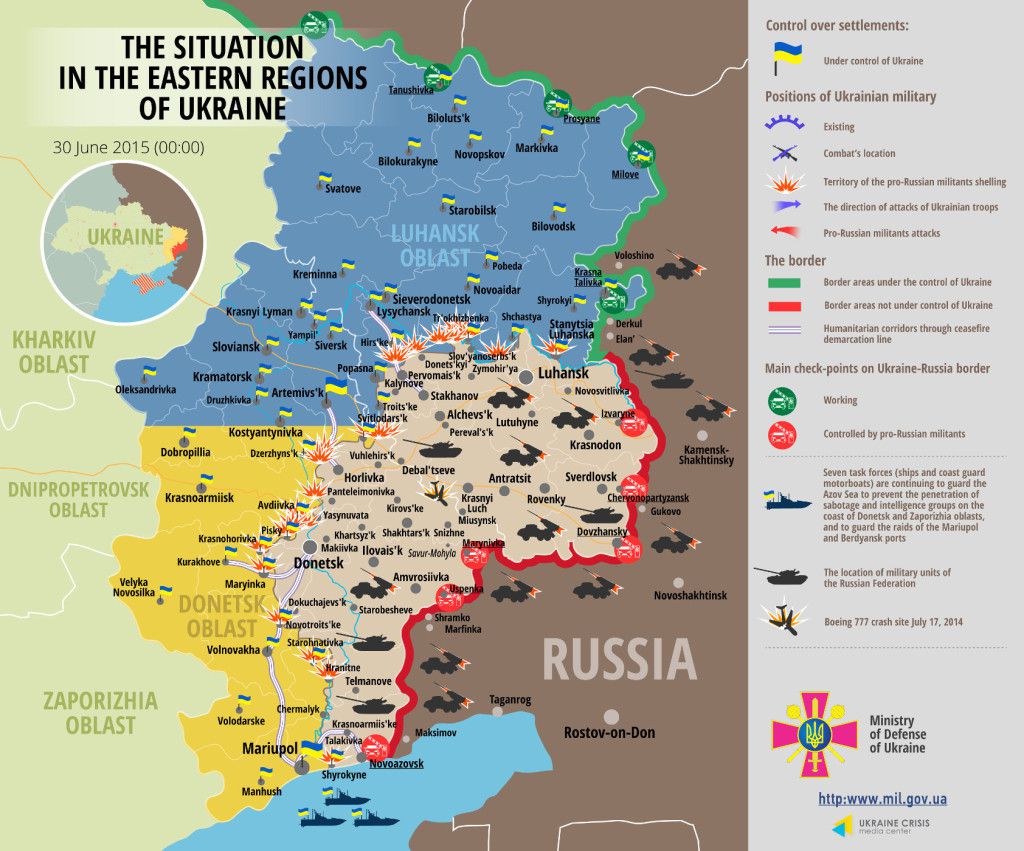 In the Donetsk sector, Maryinka have been the epicenter of fighting where militants used small arms and heavy weapons. Other hotspots included the residential areas on western edges of Donetsk as well as areas near Krasnohorivka, Pisky and Avdiivka. Situation in the outskirts of Horlivka is unstable yet controlled – no combat engagements or cases of heavy weapons use by militant groups were registered.

In the Luhansk sector, militants intensified activities in the northern areas along the Bakhmutska road, namely close to Krymske and Sokilnyky. Ukrainian troops have also registered armed provocations near Zolote and Stanytsia Luhanska, however, militants did not use heavy weapons in the region.

Ukrainian Armed Forces did not incur any lethal casualties; three Ukrainian servicemen got wounded in action in the outskirts of Donetsk in the last 24 hours.

Ukraine’s Security Service eliminated a Russia-backed militant cell called Nikolayevskoye Podpolye [Mykolayiv underground] that was plotting an assassination attempt on the governor of the Mykolayiv region last year. Volodymyr Slesarenko, one of the ideologues of the cell currently hiding in Donetsk, was declared wanted.