Two teenagers were wounded as a result militant shelling from 120-mm mortars near the towns of Leninske and Kirove. Children are in hospital now, there lives are not endangered anymore, said Colonel Andriy Lysenko at a briefing at Ukraine Crisis Media Center. “Such provocative actions aim at disrupting peaceful settlement of the conflict and discrediting Ukrainian Armed Forces. Ukrainian positions were fired upon with phosphorus munitions. This fake information was distributed on the Internet to spread panic.

In the last day six Ukrainian servicemen were killed in action and 12 got wounded. 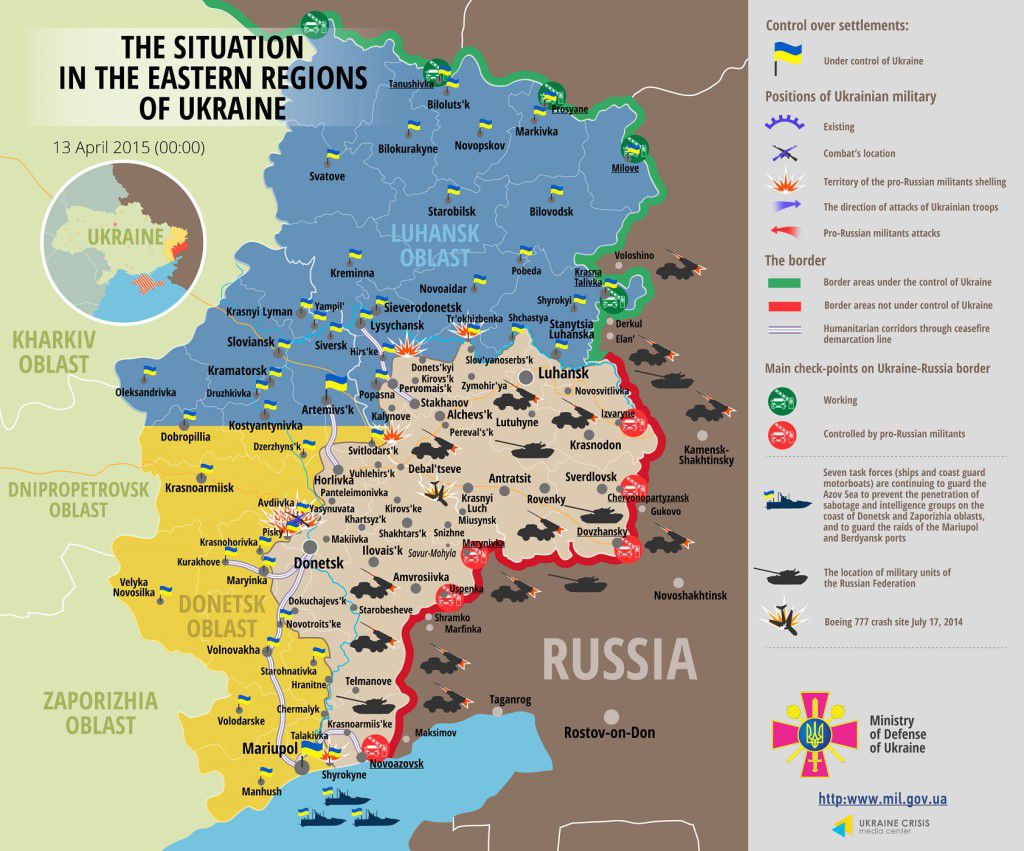 In the last day Russia-backed militants used 120-mm mortars 16 times, 122-mm cannons was used twice and tanks were used three times against the ATO forces. Most intensive exchange of fire took place at the Mariupol direction, at the Donetsk direction in the area of the Donetsk airport and in outskirts of Horlivka, at the Luhansk direction in Sukhodol near the Bakhmutska road. Moreover the enemy is actively conducting aerial reconnaissance: yesterday eight flights of enemy UAVs were noted. Ukrainian Armed Forces downed one of them on the move near Teple village in Luhansk region.

Ukraine’s Security Service in cooperation with the Prosecutor’s Office detained 11 Russia-backed militants in Kharkiv region. They are suspected in committing terrorist acts in the city and across the region. Security Service seized big arsenal of weapons from the subversives: RPG-7 grenade launchers, MRO-A rocket-propelled flame-throwers, Kalashnikov rifle, under-barrel grenade launchers, Dragunov sniper rifles, guns, several mines, large quantity of plastic explosive, rounds and cold weapons. All the above items were smuggled into Ukraine.