Kyiv, April 29, 2015. Russia-backed militant groups fired at the Ukrainian military positions 22 times from 120-mm mortars and five times from the 122-mm artillery yesterday. Pro-Russian fighters also used tanks and snipers. A series of military engagements took place near Pavlopil as well as militants attacked the areas around Chermalyk in the Mariupol sector. Furthermore, pro-Russian militants violated ceasefire in the area of the Donetsk airport and the western outskirts of Horlivka in the Donetsk sector. In the Luhansk sector, Shchastya, Krymske and Sokilnyky came under fire. 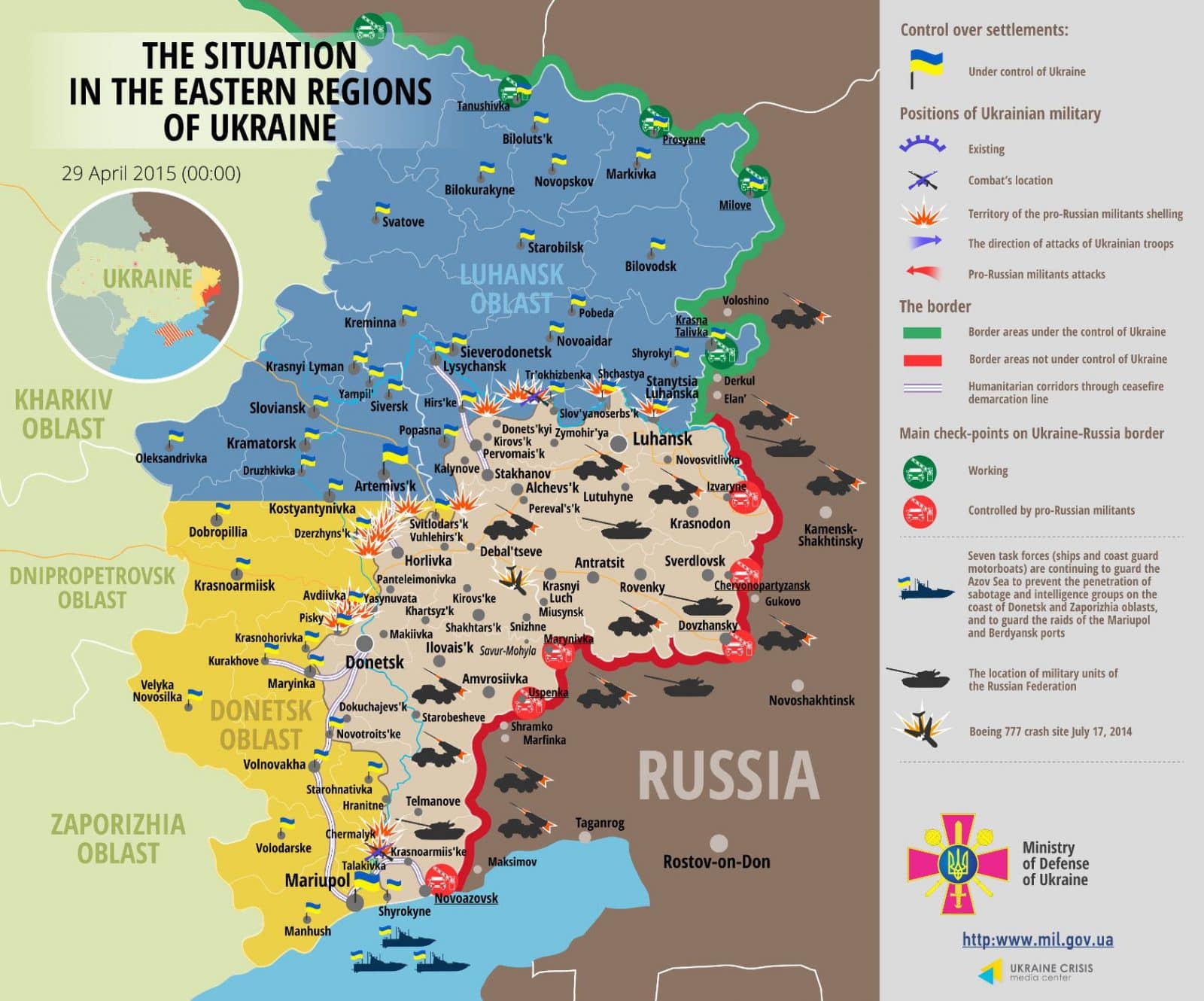 Ukrainian border guards noted 27 enemy UAVs along the frontline. Also Russian Mi-8 helicopters have been observed near the Ukrainian-Russian border in the Kharkiv region and over the administrative border with the Autonomous Republic of Crimea occupied by Russia.

Ukrainian Armed Forces did not incur any lethal casualties in the last 24 hours; three servicemen got wounded in action.

Meanwhile, Ukrainian police unit in Donetsk with the Kyiv-1 battalion found ammunition in an abandoned printing facility and the editorial office of a local newspaper – a projectile from the self-propelled artillery system, three anti-tank guided rockets and two charges for the grenade launcher.

The Government of Canada donated 51 sets of night vision goggles for the servicemen of the National Guard of Ukraine.

The recently published Internet article about the arrival of the U.S. military experts to participate in provocations in Ukraine is false. Russia-backed hackers spread fabricated the so-called “letter from the Ministry of Foreign Affairs to state agencies”. The information is fake – foreign inspectors visited Ukraine to conduct inspections based on the Vienna Document of 2011 back in May 2014 and not in April 2015.