Kyiv, 17 December 2014 – The situation in the anti-terrorist operation (ATO) zone has not changed – militants regularly violate the silence regime. There are no losses on the part of our military, 1 our serviceman was injured. The situation is most tense at the Donetsk, Debaltseve and Luhansk directions. As per intelligence data rumors are circulating among terrorists and their leaders on the “betrayal” on the part of their Russian “curators”. Cases of armed clashes between local militants and Russian mercenaries were reported, they are believed to occur due to insufficient supplies, as the humanitarian aid from the Russian Federation is being distributed among Russian mercenaries only and does not reach local militants. As we reported earlier civilians at the territories temporarily occupied by militants do not get this “humanitarian aid” at all. 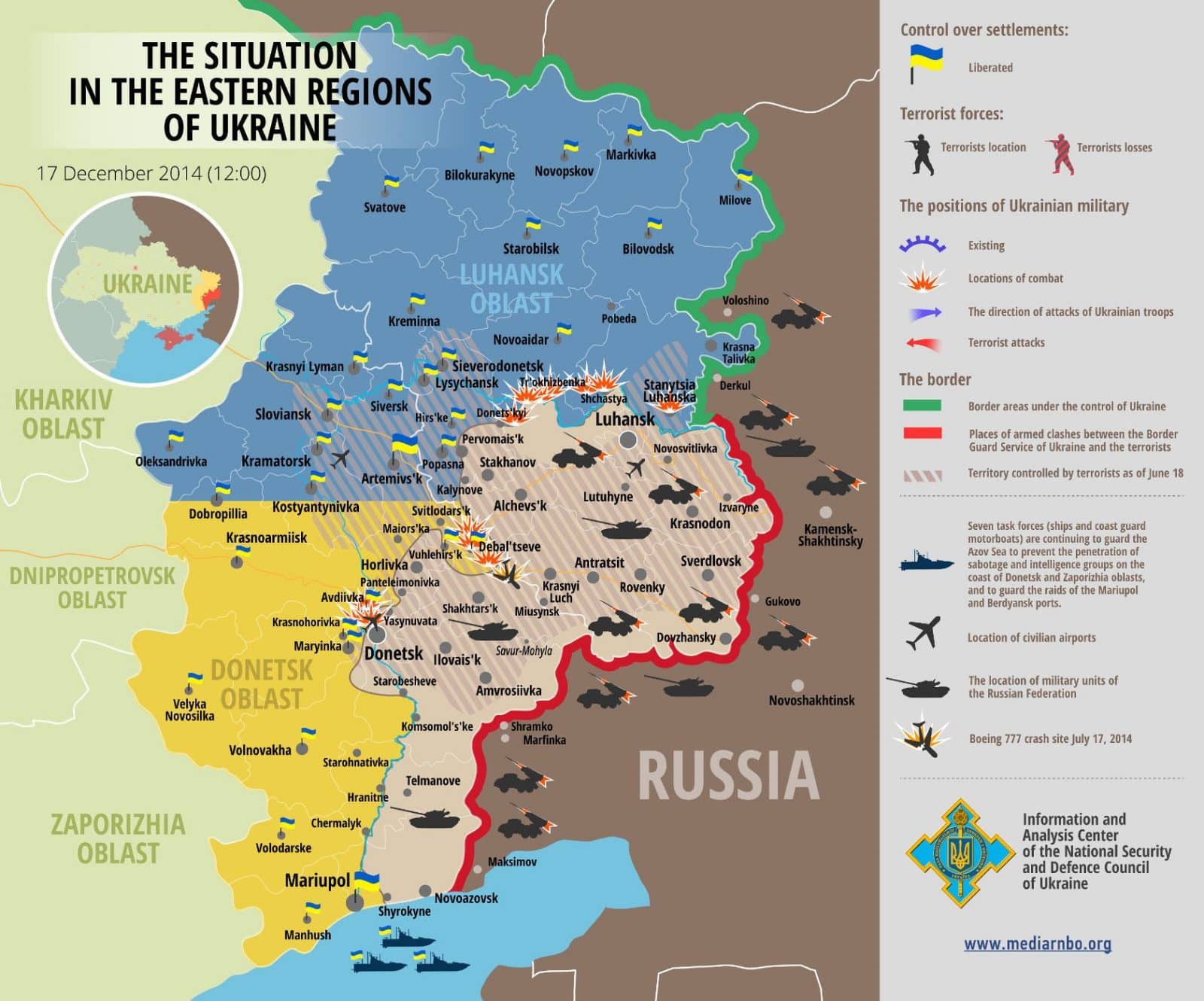 Resulting from combat actions 21 localities in the Donetsk region are left without power. 4 high-pressure gas pipelines remain damaged in the Luhansk region. Repair brigades are not able to conduct repair works due to the constant threat of being fired upon by terrorists.

As per the NSDC information terrorists plan to cut off Ukrainian mobile telephone operators at the occupied territory in Luhansk region and arrange for the coverage by one of the Russian mobile operators.

Ukraine will be able to receive defensive weapons as well as new sanctions will be imposed on Russia. It will become possible due to the “Ukraine Freedom Support Act 2014” that Barack Obama is about to sign in the nearest time. Such statement was made by Joshua Earnest, White House Press Secretary.