Kyiv, May 15, 2015. Militants widen the area of armed provocations in the Donetsk sector. In addition to the areas around the airport, a number of armed incidents have occurred in the area of Maryinka and Kamyanka. Militants have also violated ceasefire in the outskirts of Horlivka and Svitlodarsk. The enemy actively moves its heavy weapons – tanks and the 122-mm and 152-mm artillery – closer to the frontline. 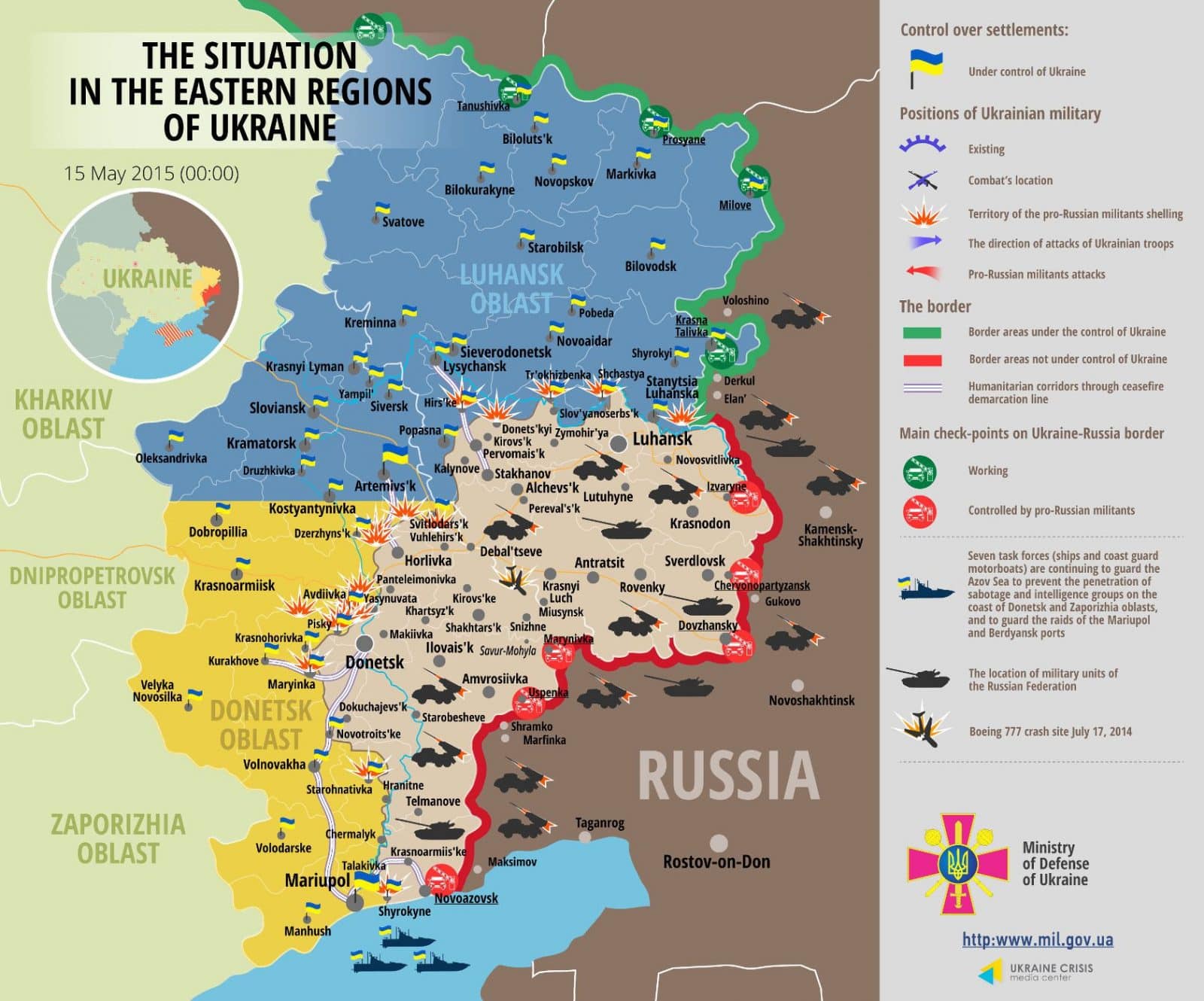 Fighting continued in Shyrokyne. Russian-backed fighters attacked the Ukrainian troops from the 122-mm artillery. In the Luhansk sector, there was a series of armed provocations near Shchastya and a number of towns along the Bakhmutka road.

Ukrainian Armed Forces did not incur any lethal casualties; two servicemen got wounded in action in the last 24 hours.

The Government of Ukraine is going to provide 3 million hryvnias of financial benefits to the servicemen of the National Guard of Ukraine for their distinguished military service. Also, families of 74 fallen soldiers received state financial assistance of over 45 million hryvnias.

Ukraine’s Security Service prevented an act of terror in Mariupol. Operatives uncovered storage with explosives of “DPR” militants near Kalynivka village, Donetsk region, which contained four anti-tank mines, TNT and power detonators. The militants planned to use this material to make a bomb and commit a terrorist act in Mariupol.