Kyiv, 22 December 2014 – Within the last day the situation in the anti-terrorist operation (ATO) zone in eastern Ukraine was not subject to considerable changes. Starting from 18.00 yesterday till 06.00 this morning terrorists opened fire at the positions of Ukrainian military 6 times using small arms and mortars. Ukrainian servicemen comply with the ceasefire regime and are not responding to the provocations of the illegal armed groups. 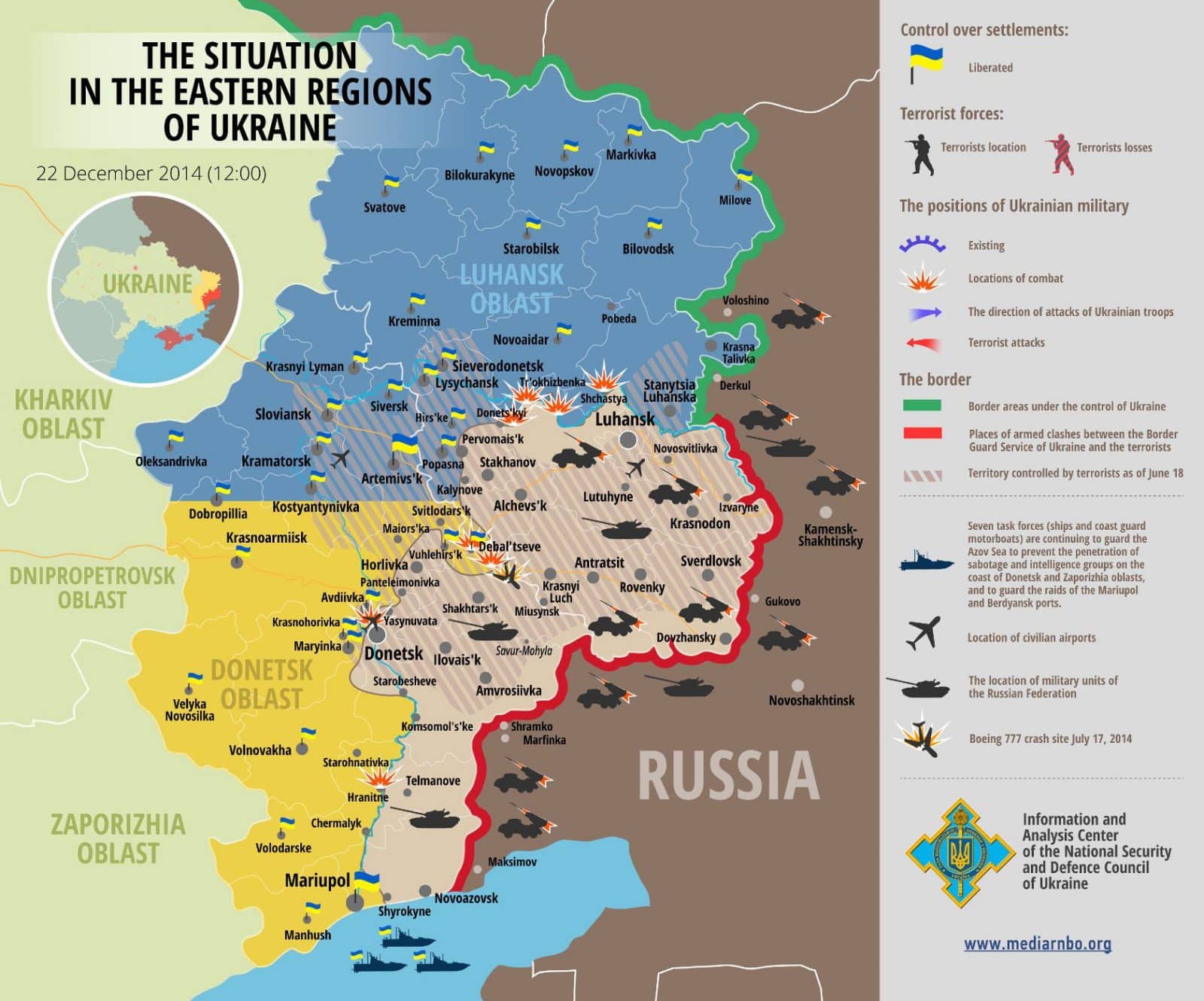 UAVs have been spotted twice above Mariupol this morning.