National Security and Defense Council: Fire was opened 16 times in the ATO zone since the “silence regime” was announced

Kyiv, 10 December 2014 – The silence regime established yesterday brought its first results. For the first time in quite a while Ukrainian servicemen in the East did not suffer losses. No cases of Ukrainian servicemen killed or wounded were observed. The number and intensity of shelling in the East of Ukraine decreased. Since the bilateral ceasefire regime was announced fire was opened 16 times, all cases are qualified as provocations. We would like to bring the attention to the restraint of our servicemen who complied with the “silence regime” in exemplary way and did not return fire of the provocateurs. 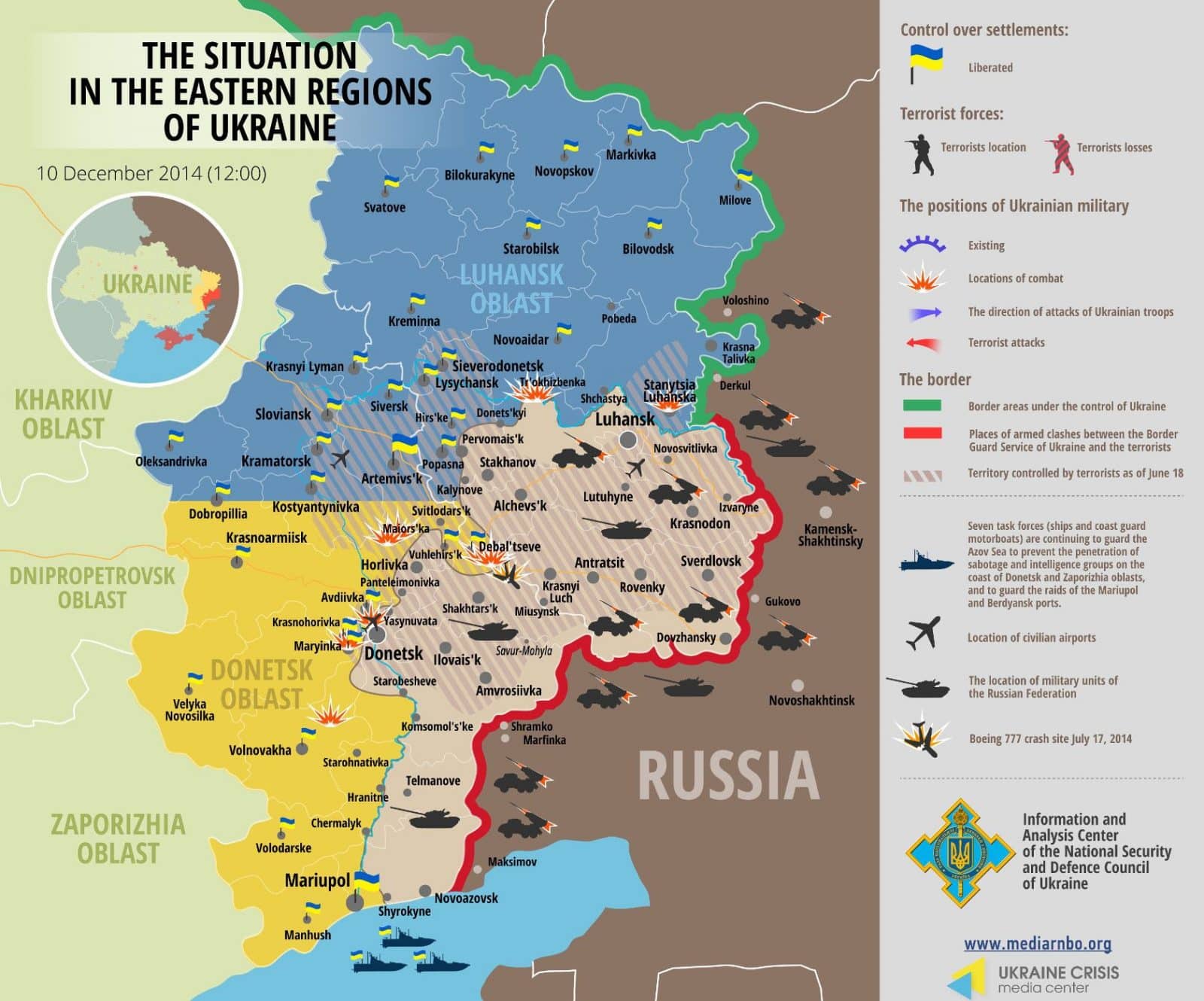 Outside Donetsk terrorists fired at Ukrainian military positions at the territory of the airport and outside Marjinka with anti-aircraft mounts and small arms. Fire was observed outside Debaltseve in the area of Ridkodub and Nikishyne villages, in the outskirts of Horlivka near Mayorske and Shumy villages. Biggest threat came from the fire opened from tanks, artillery and small arms at the Ukrainian positions in the area of towns Krymske and Sokilnyky located on the Bakhmutka road. Our positions near Stanytsia Luhanska also came under fire. In the South bandits fired at the stronghold near Mykolayivka village of Volnovakha district.

7 cases of aerial reconnaissance conducted with UAVs were spotted yesterday: at 17.35 at the “Mariupol-Sartana” direction and at 18.50 at the “Sartana-Kominternove” direction.

Drastic increase of the IDPs flow from territories temporary controlled by terrorists to other regions of Ukraine is observed. 7246 persons resettled within the last 24 hours. In total since the start of the anti-terrorist operation (ATO) over 514 thousand persons resettled.
10.12.2014