Kyiv, May 22, 2015. Ukrainian servicemen demonstrated a Russian “Forpost” unmanned aerial vehicle, which was downed by the Ukrainian forces near Pisky, Donetsk region. This type of drones is produced in Yekaterinburg (Russia) at the Ural plant for civil aviation. The UAV carried a tactical reconnaissance station, a thermographic camera and a radar station. This UAV is in service in the Russian Federation Armed Forces, which served as yet another evidence of Russia’s direct military involvement in Ukraine in the form of the military personnel and modern military equipment. 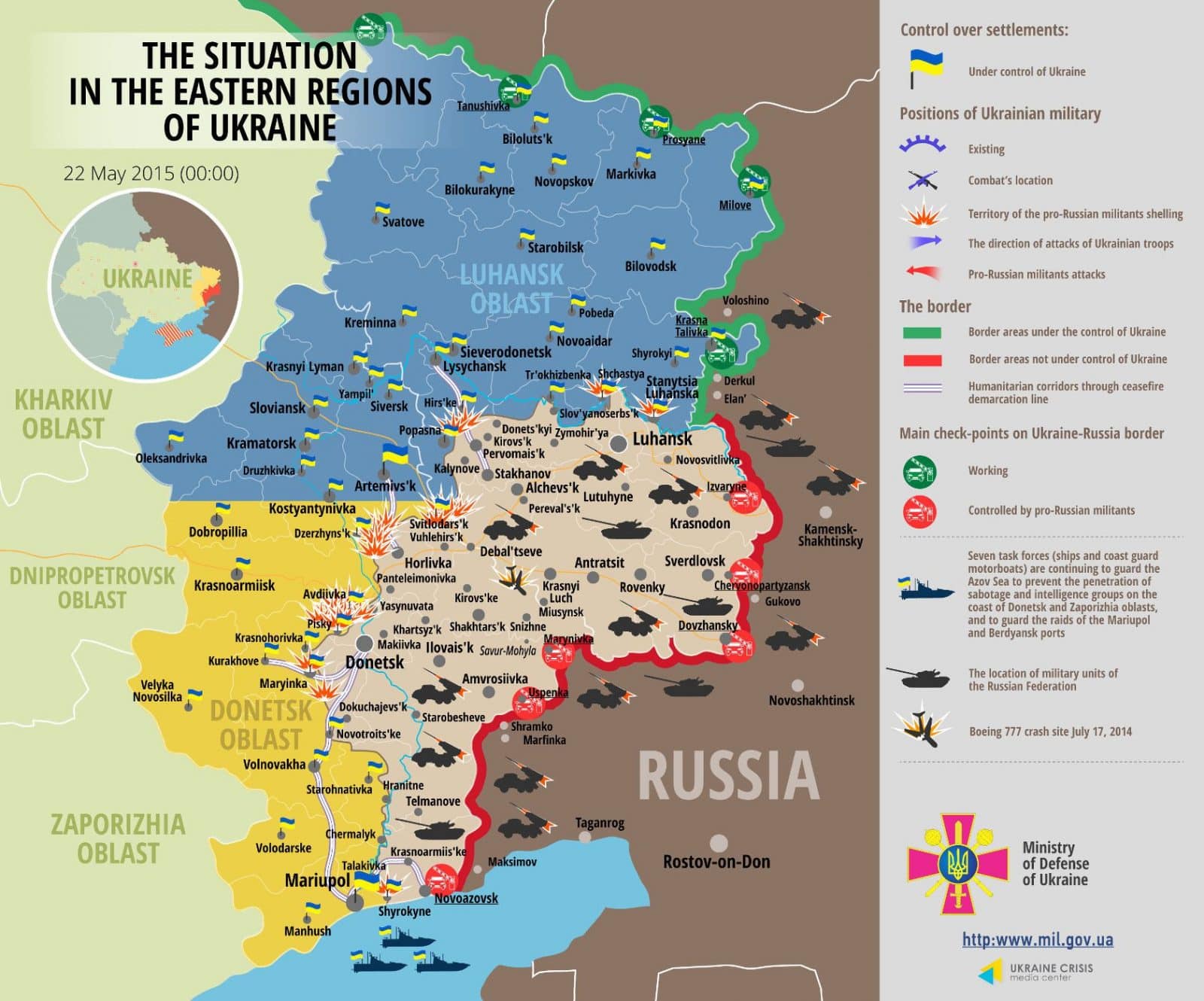 Russia-backed militants used the artillery, 120-mm mortars and tanks to attack the Ukrainian troops yesterday. Fighters of the so-called “DPR” fired from the 122-mm artillery at the residential areas of Avdiivka, Opytne and Vodyane, killing one civilian and injuring two others. Combat engagements continue in the western and eastern outskirts of Horlivka. Militants concentrated considerable number of 120-mm mortars and other heavy weapons in the area.

Intense fighting continued Shyrokyne in the Mariupol sector; militants used a wide spectrum of weapons – from small arms to 122-mm artillery. In the Luhansk sector, skirmishes continued near Zolote, Shchastya and Stanytsia Luhanska.

Ukrainian servicemen spotted 23 flights of enemy UAVs yesterday. Two other UAVs were observed at the administrative border with the occupied Crimea and one more illegally crossed the Ukrainian-Russian border in Sumy region.

Three Ukrainian servicemen were killed in action and 12 got wounded in the last 24 hours.

Servicemen of Ukraine’s National Guard who are about to return home undergo a 4-day rehabilitation end-of-mission course, which is designed according to NATO standards. Ukrainian medics, psychologists and physical training instructors provide servicemen with all necessary aid.

See also: The Russian drone was shot down near Donetsk in Eastern Ukraine