Kyiv, May 23, 2015. Lieutenant Colonel Oleh Kuzminykh, battalion commander of the 81th Airborne Brigade and one of the defenders of the Donetsk airport known as “Cyborgs”, was released from militant captivity yesterday. Oleh Kuzminykh is in Kyiv already. His health condition is satisfactory. 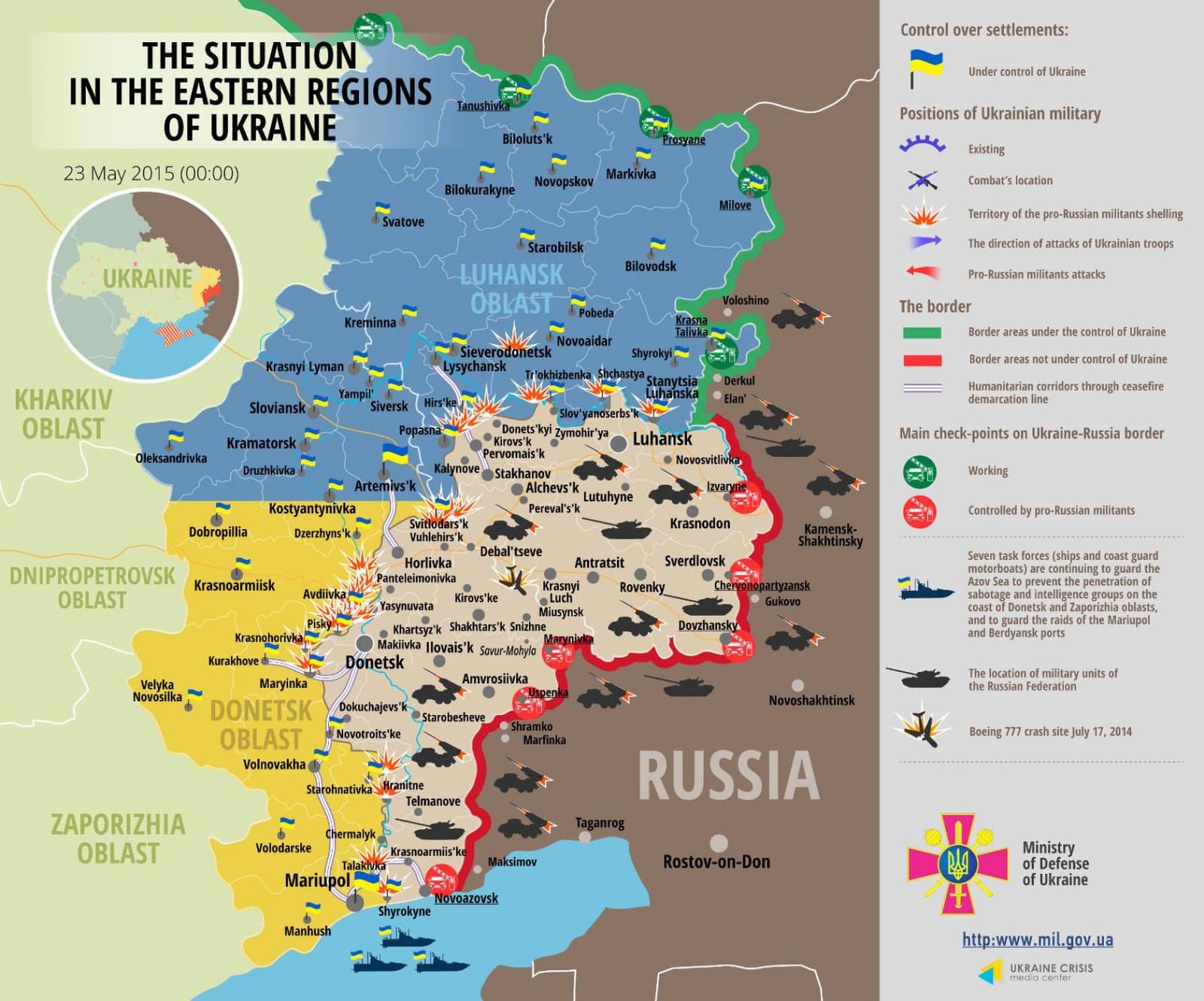 Russia-backed militants continued to use heavy weapons prohibited by Minsk agreements, namely they have shelled Shyrokyne from 120-mm mortars.

Hotspots in the Donetsk sector included areas around the airport – Pisky, Opytne, Avdiivka – as well as other towns such as Hranitne, Kamyanka and Krasnohorivka. Militants used heavy mortars and 122- and 152-mm artillery; they have fired from a tank in the area of Verkhnyotoretske. Militants have gravely violated Minsk agreements by shelling Ukrainian military positions near Novolaspa from “Grad” multiple rocket launcher.

Fighting continued in the Luhansk sector as well, particularly in the areas of Shchastya, Stanytsia Luhanska and towns along the Bakhmutka road.

Ukrainian border guards spotted 12 flights of enemy UAVs yesterday. Two more were observed near Berdyanske, which did not cross the administrative line with the Russia-occupied Crimea.

One Ukrainian serviceman was killed in action and five got wounded in the last 24 hours.

Ukraine’s Security Service detained a “DPR” fighter who was fighting against the Ukrainian forces near the Donetsk airport. He confessed that he had killed two Ukrainian soldiers and wounded one more. The militant told that a Russian officer led his unit, while it had at least 20 Russian servicemen in its ranks.

Furthermore, the operatives detained two residents of Sloviansk and Kramatorsk respectively who were spreading anti-Ukrainian propaganda, published intelligence data and gathered funds for the pro-Russian fighters through 26 social networks groups.