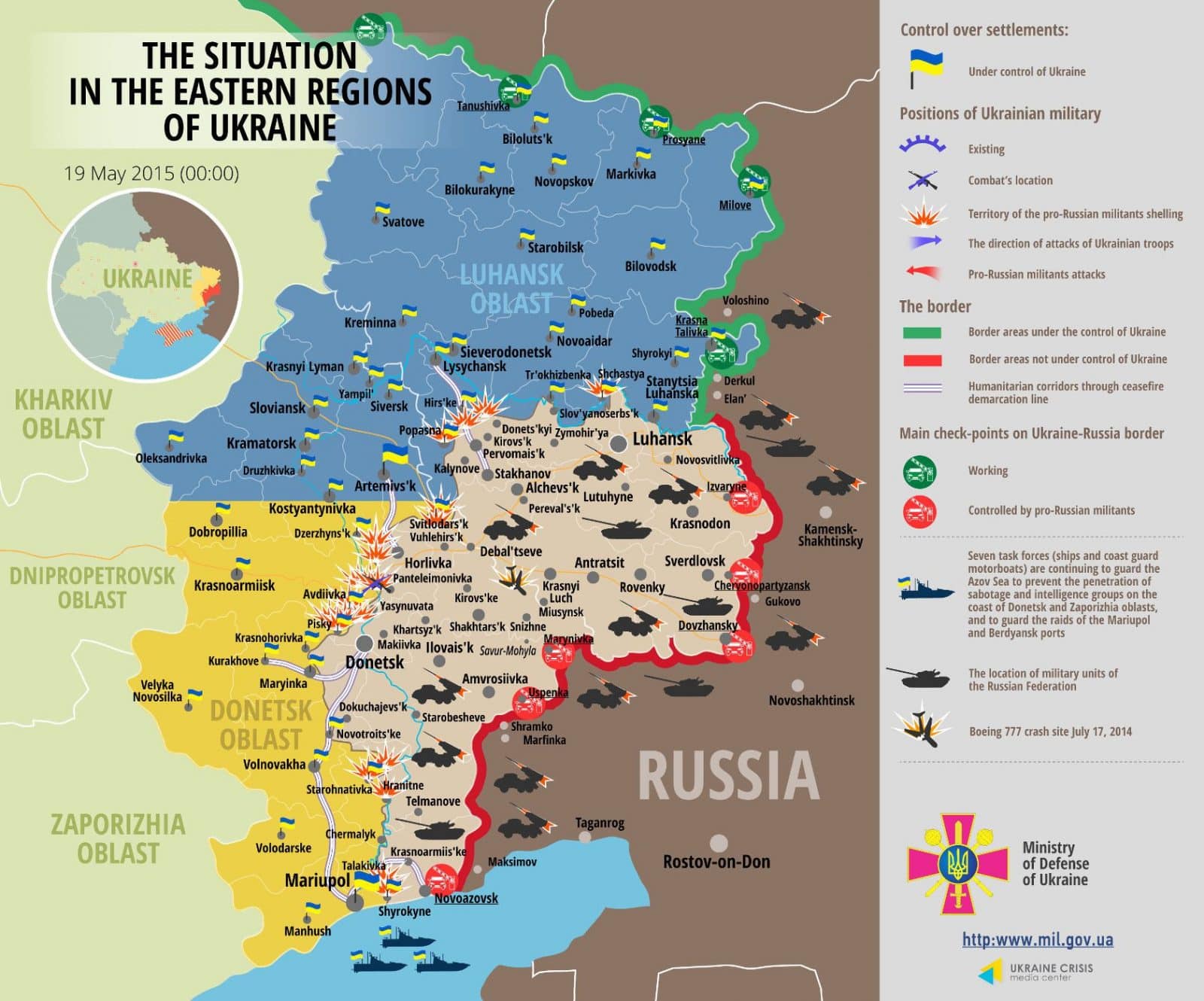 Fighting continued in Shyrokyne where Russia-backed militants used mortars. In the Donetsk sector, the hotspots were around the Donetsk airport as well as Hranitne, Vodyane and areas to the north of Avdiivka. In the Luhansk sector, there was a series of fire exchange incidents near Novotoshkivske and Zolote as well as in Popasna and Shchastya.

Ukrainian Armed Forces did not incur any lethal casualties; ten servicemen got wounded in action in the last 24 hours.

Ukrainian doctors provided medical treatment and conducted surgeries on both Russian servicemen who were detained after a combat engagement near Shchastya, Luhansk region, on May 16. The timely medical aid helped to save the limb of one of the Russian soldiers from amputation. As of now, Cpt. Yerofeyev and Sgt. Aleksandrov are alive and well.

Resident of Novoaidar district, Luhansk region had voluntarily passed an arms arsenal to the Ukrainian police. The arsenal contained Kalashnikov tank-mounted machine gun, seven grenade launchers, five grenades, four fuses for grenades and the large number of 7,62-mm ammunition rounds. This person will be freed from criminal liability for illegal storing of weapons and ammunition according to the current legislation of Ukraine.