Kyiv, February 18, 2015. Ukrainian Armed Forces are conducting planned organized withdrawal of its regiments from Debaltseve. 80% of Ukrainian troops have been withdrawn from the sector. Two more military convoys are expected to retreat in the nearest time. 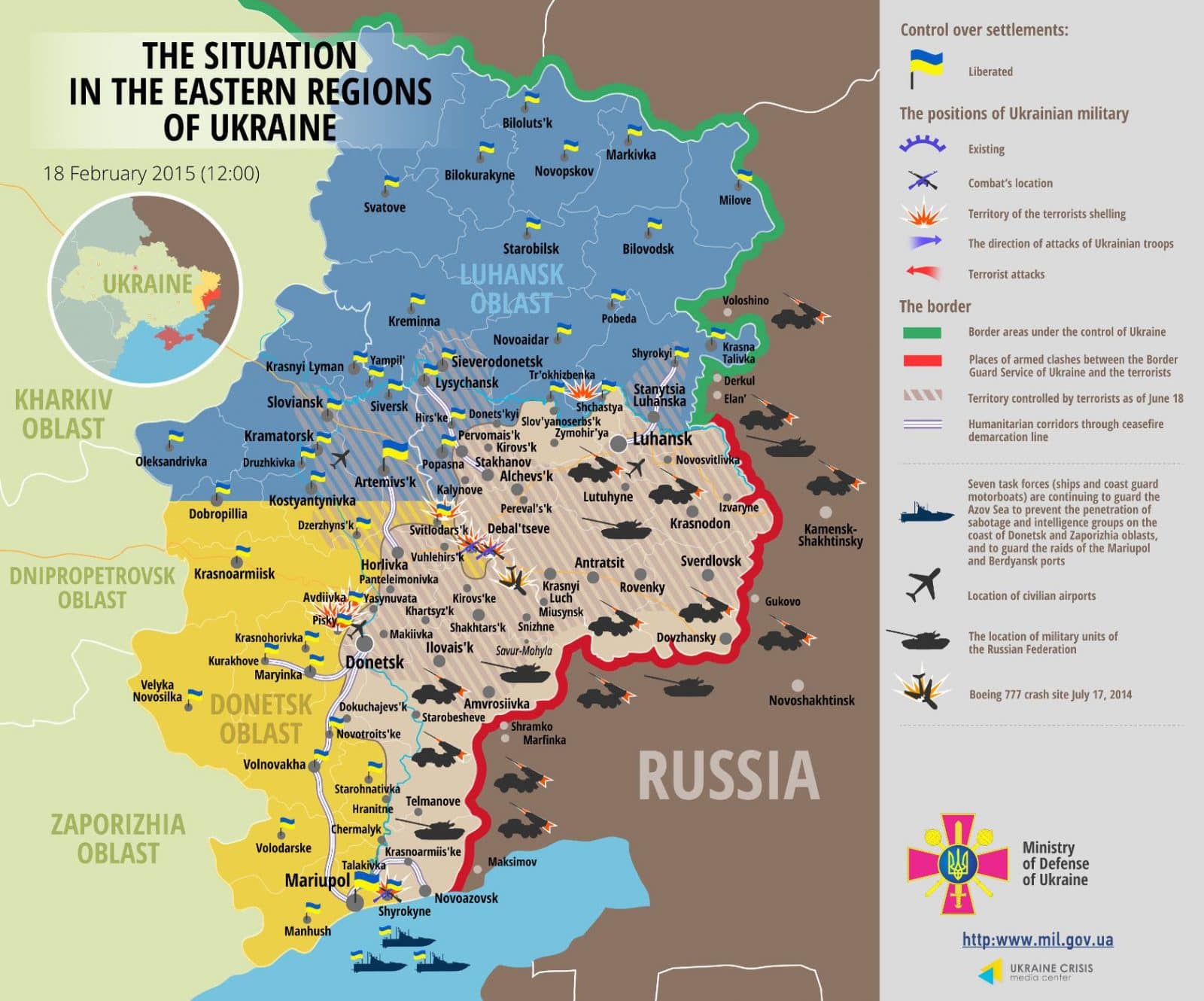 In Luhansk region near Mius village, insurgents fired from mortars at the Ukrainian blockpost, attempting to storm it. Militants also used anti-tank missiles in their attacks on the Ukrainian Armed Forces based near Stary Aidar.