Ukraine reports 6 wounded in Donbas hostilities in past 24 hours

Six Ukrainian troops were wounded in the zone of the Anti-Terrorist Operation in Donbas in the past day, speaker of the Ministry of Defense for the ATO issues Andriy Lysenko told a briefing Saturday, according to an UNIAN correspondent. 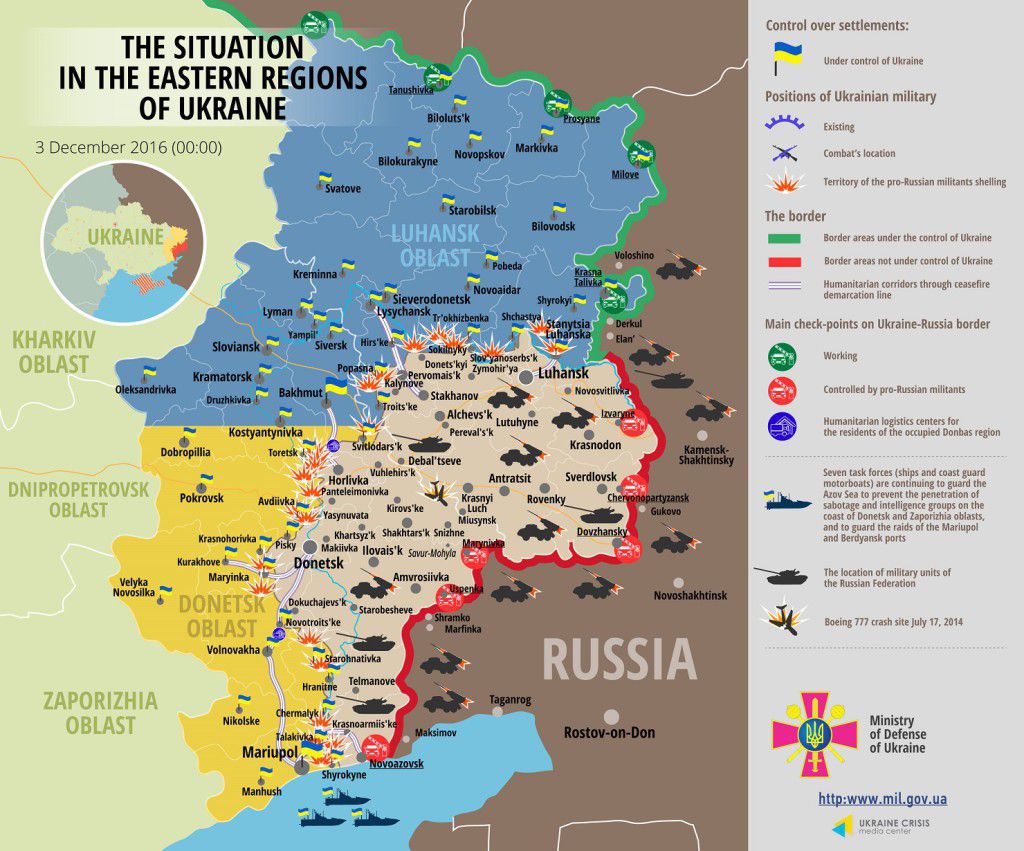 ”Over the past day as a result of the fighting there are no casualties, but six troops were wounded,” he said.

As UNIAN reported Friday, over the previous day, one Ukrainian soldier was killed in action in Donbas and another three troops were wounded.