Combined Russian-separatist forces attacked Ukrainian army positions in eastern Ukraine 40 times in the past 24 hours, according to the press service of the Anti-Terrorist Operation (ATO) Headquarters.

In the Mariupol sector, the occupiers fired banned 152mm and 122mm artillery systems, as well as tank shells on the Ukrainian positions in the village of Shyrokyne. The village of Hnutove was also under artillery and mortar fire. 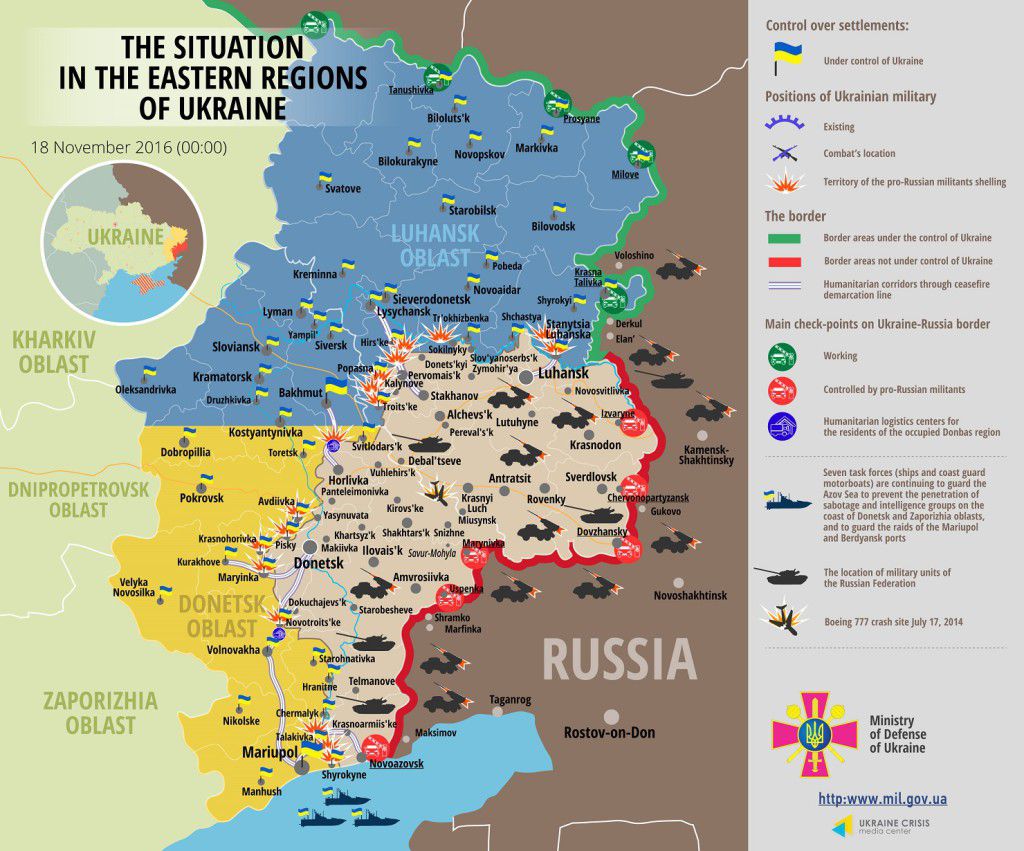 In the Luhansk sector, Russia`s hybrid military force used banned 122mm artillery systems to shell the village of Troyitske, and mortars were engaged to fire on the town of Zolote and the villages of Novo-Oleksandrivka, Orikhove, Malynove, Novozvanivka, and Krymske. The enemy also used infantry fighting vehicles and small arms to attack the village of Stanytsia Luhanska.

In the Donetsk sector, tanks and infantry fighting vehicles were used to shell ATO forces stationed near the town of Avdiyivka. Russian proxies also fired grenade launchers and small arms on the village of Pisky.

”The calibers banned by the Minsk agreements are being constantly used,” he told TV Channel 112 Ukraine.

Earlier, Ambassador of the United States Daniel B. Baer to the OSCE Permanent Council expressed concern about escalation in the Mariupol sector in Donbas, eastern Ukraine.

”Just two weeks ago, combined Russian-separatist forces launched an attack using multiple launch rocket systems on a suburb of Mariupol. We call on Russia and the separatists it backs to give OSCE monitors full and unfettered access to the area around Mariupol and immediately withdraw proscribed weapons,” he added.