Ukraine reports 2 wounded in Donbas in past day

Over the past 24 hours, two Ukrainian soldiers were wounded in the zone of the Anti-Terrorist Operation, according to Colonel Andriy Lysenko, Defense Ministry spokesman for the ATO. 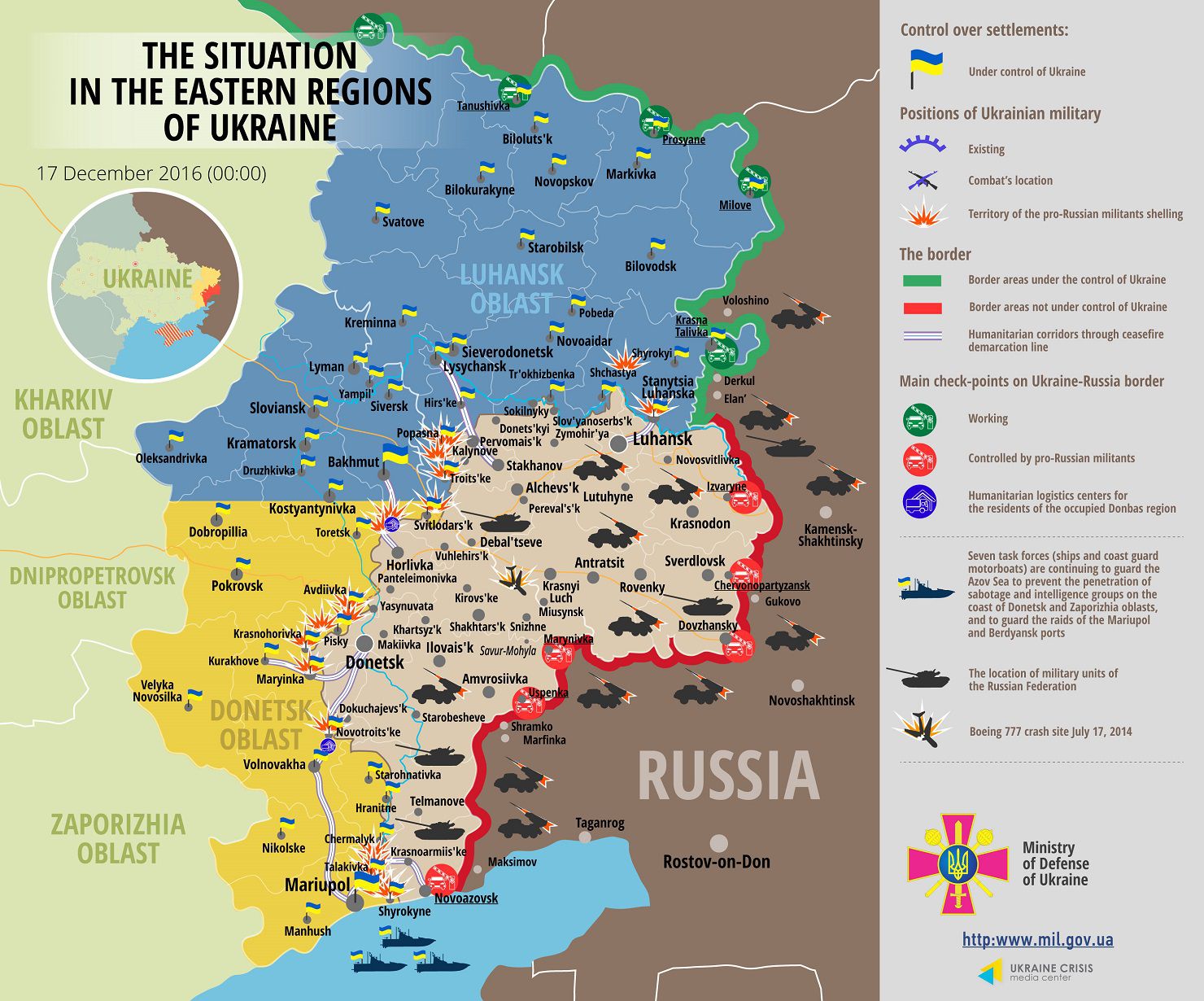 ”In the past day, no troops were killed and two were wounded in a shelling near the village of Nevelske,” Lysenko told a Kyiv briefing Saturday, according to an UNIAN correspondent.

According to him, over the last 24 hours, militants fired on the positions of the Ukrainian military 96 artillery shells and 383 mortar shells.

In the Lugansk direction, the militants have increased the intensity of shellings in Popasna district and continued military provocations near the village of Luhanske.

Colonel Lysenko added that in this direction the 122mm and 152mm artillery has been involved. A total of 29 mortar shells were fired, as well as 32 artillery shells.

The spokesman also said that in the Donetsk direction, militants opened fire on Ukrainiann military positions near Avdiyivka, Horlivka, Maiorske, and Zaitseve.

According to him, in the direction of Mariupol, three fourths of all attacks involved heavy weapons, including 82mm and 120mm mortars as well as heavy artillery.